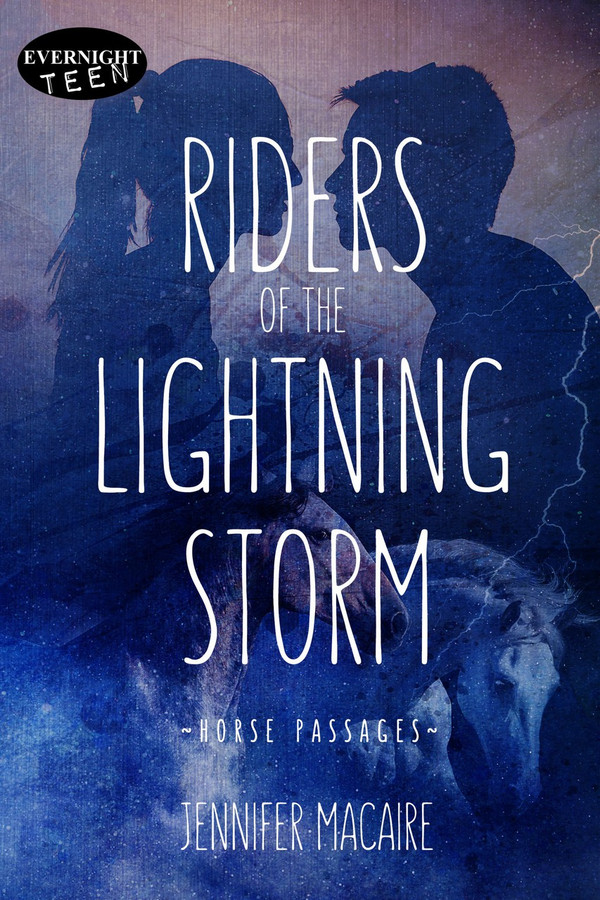 Twins Carl and Meagan Cadet are the youngest herders in the Federation. Their parents and younger sister were abducted by the enigmatic Raiders, and now they are alone with their horses. Aware of the dangers, they continue to herd the horses that somehow open passages between planets.

They are on Tauii 3 when Luke Jeffries arrives on the scene with his herd. Luke and Meagan are pulled together as they come to grips with their losses. When raiders capture Meagan and Luke, they become prisoners working in mines on an isolated asteroid. Escape seems impossible, but they encourage each other to keep up the hope even as they begin to fall in love.

But before they can escape, they must somehow unlock the mystery of the horse passages.

The Jeffries' herd had moved to the south end of the lake. Their stallion was old, and Blue had started eyeing their mares with unconcealed interest. Today, the boys had started breaking in the two-year-olds, and Meagan decided before swimming she'd go have a look at their work.

It was a ten-minute walk along the shoreline, and as she walked she gathered eggs from the many nests she found. She only took one egg from each nest, putting them carefully in her pouch after admiring their speckled amethyst coloring.

Luke saw her coming and waved. He sat astride the lead mare and her presence calmed the young horses his brothers rode. They cantered slowly around a circle of bare earth worn in the grass. Luke led, with his brothers right behind him. Their mounts snorted loudly and swished their tails, unused to having riders on their backs. They cantered a while, slowed to a bouncy trot, and dropped to a walk. Skittishly, the younger horses tossed their heads and pranced sideways.

"Let's go faster!" cried Luke, urging his mare into a gallop. She pinned her ears back, as if annoyed to be acting the part of schoolmistress, but set off at a fast pace. The three boys galloped after Luke, sitting astride their horses with practiced ease.

Meagan sat on a nearby log and watched. She admired the way the brothers rode. Everyone had a different style, but the Jeffries looked both athletic and graceful.

In the distance, across the lake, she could see Carl walking toward their camp. He waved his hat in the air, and she waved back. Meagan rose and picked up the eggs. She should get back if she wanted to swim before dinner. Luke and his brothers wouldn't be finished for a while yet.

She'd just finished adjusting the strap on her shoulder pouch when a clap of thunder made her jump. Frowning, she looked around. There were no storm clouds in sight. A faint sparkle caught Meagan's eye, and she stiffened. A mist curtain, no more than three feet wide, appeared in the middle of the plain. Her heart seemed to stop, then start again, pounding frantically. "R-r-raid . . . Raiders," she whispered. She had to warn Carl and the Jeffries brothers. She tried to shout, but her voice stuck in her throat. She couldn't say anything. She opened her mouth, but no sound came out at all.

Panic-stricken, she screamed, and her voice shattered the air around her. She tried to call to Carl, to tell him to watch out, but all she could do was scream. A flock of birds rocketed out of the long grass, their wings whirring around her. She tried to stop, dragging air into her lungs and clapping her hands over her mouth, but she screamed again, and all of a sudden the words poured out. "Luke! Carl! Raiders! Raiders are coming! Get the horses! Get out of here!" She started running for her camp.

The boys fought to control their young mounts as strange horses surged out of the mist curtain. Upon their backs, cloaked riders crouched low. They held long poles with lassos attached. Without pausing to look around, the Raiders galloped straight for Luke and his brothers.

Shouting, Luke motioned at his brothers to save the herd. The untrained horses, frightened by the noise and sudden panic of their riders, took off at full gallop, clods of dirt and grass flying in the pursuing Raiders' faces.

Meagan saw Carl running toward their herd. He leapt through the tall grass and whistled for his horse. She knew he had to get the lead mare out of the way. If he could catch Boo, then he could herd their horses across the plains and out of the Raiders' reach. The Raiders never let their mist curtain close behind them, so they could get back home. Because of this, the Raiders couldn't venture beyond a certain perimeter. If Carl could get their horses far enough away, they would be safe.

Meagan held on to that thought as she ran, her breath coming in sharp gasps. Behind her, she heard hoof beats. She turned. Two Raiders were swooping down upon her.

She uttered a frightened scream and dodged, flinging herself toward the lake. Perhaps she could swim away from them. But the Raiders, anticipating her move, rode to cut her off. She swerved again, her lungs burning and her legs aching as she ran. Then someone called her name, and she saw Luke galloping toward her, his hand outstretched.

"Jump on!" he shouted. His expression was grim.

"No!" Meagan screamed back at him. "Go away! They'll catch you!" Already the Raiders were closing in.

Luke paid no attention. Kicking his mare, he leaned over and snagged Meagan's arm. She felt as if it had been yanked out of its socket as she was jerked off her feet. Instinctively, she swung her legs over the mare's back and grabbed Luke's waist. A second later a lasso zinged through the air, just missing her head.

Luke had just turned the mare toward the lake to try to lose their pursuers, when another rope shot overhead and settled on the mare's neck. With a harsh cry, Luke pulled her back before she was knocked off her feet. The Raiders were too quick. They hauled back on the rope, sending the mare tumbling. Luke and Meagan fell heavily to the ground, and the last thing Meagan saw were the mare's kicking feet.

Megan Cadet, along with her twin brother, after the kidnapping of their family by the mysterious Raiders, is known to be the youngest horse herder in the Federation. The horses possess an ability to travel between planets through a passage they create, which is preceded by thunder and lightning. Their herd takes them to Tauii 3 where they set up camp and are startled by the arrival of another herd which happens to be led by the Jeffries boys. Luke Jeffries, also a horse herder, along with his brothers is in charge of their own herd after the death of their parents in a rock slide. Since his parents death he and his brothers are all about being boisterous and filling the silence to prove they are still alive, though it is the opposite to Megan’s response to losing her own family. A shocking tragedy brings Luke and Megan closer and helps him understand the reason why the twins seem so stand-offish. Things are idyllic, until the peace is broken by a Raider attack and Luke and Megan are kidnapped. They find themselves prisoners on a remote asteroid along with other captives, mining for the Raiders in squalid conditions. No one in history has ever escaped, but despite this Luke and Megan never give up hope. For centuries no one has figured out the mystery behind the horse passages, but now lives depend on it and so does their newfound love. Will they figure it out in time? This story had some suspense, some action, and a sweet romance which grew between Luke and Megan despite dire circumstances. Ms. Macaire’s idea for the horses and the passages they created to travel the planets was very imaginative and tremendously unique, I loved it. The idea of the Raiders, the theories behind their actions, and their overall appearance was arresting to say the least. This remarkable story is a sound start to a fascinating new series that has the promise of adding something new to the sci-fi genre.

Riders of the Lightening Storm is a great story line, the world Jennifer Macario has built is original with characters who catch your interest and drag you into the story. As much as I enjoyed this world it left me feeling like it was incomplete, I&#039;m not sure if this is meant to be part of a series and is a cliffhanger or if that is the way the author intended it to end. It is for this reason alone that O have it four stars rather than five.

This is a great story for all ages. I am not a young adult and I enjoyed it.