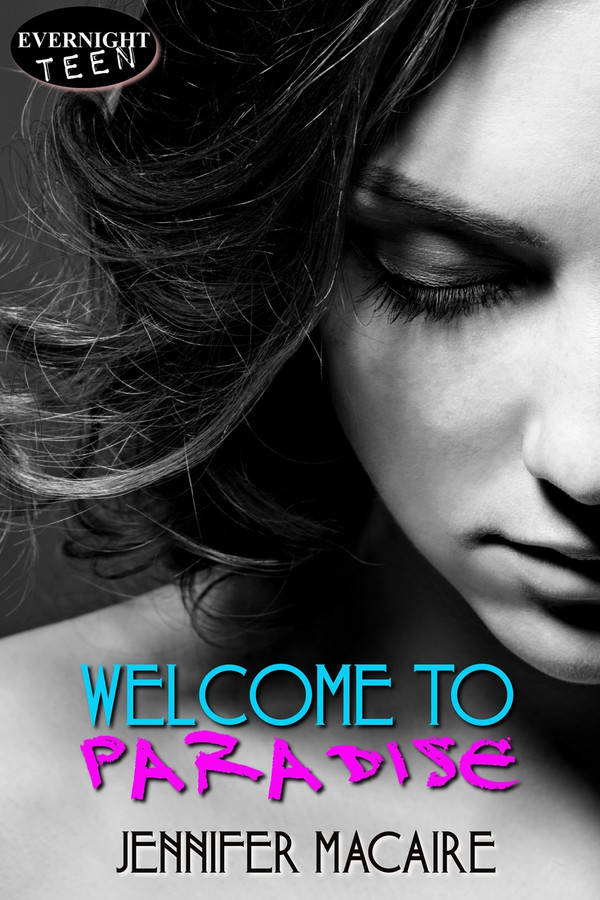 Growing up on an island paradise isn’t as easy as one might think. Sugar is infatuated with the boy next door, worried she won't make the cheerleading squad, and even more worried that she will. She is paranoid that because of the horrendous scar on her face, no one really expects her to succeed at anything. Her sister is smart, her mother is a legendary model, and her father is a famous artist. Her family’s success sets a high bar for her to live up to.

Everything changes for Sugar when a plastic surgeon removes her scar. The surgery makes her beautiful, but she makes the shocking discovery that being beautiful can be awful. When she finally discovers who she is, and what she wants from life, it nearly destroys her tightly knit family. She must confront abuse, an elopement, loss, and a secret her father has kept from her all her life. Sugar is struggling to pull everything together and find her own version of 'Happily Ever After'.

14+ for sexuality, language, and adult situations

During spring break, I went to Tortola and had plastic surgery done on my face. I hadn’t had to wait until I was eighteen, new techniques had been developed and most of the surgery was done by laser. A week afterwards, I came home again. I was in bandages for a week more. It was awkward in school, I felt like the mummy in old horror films.

When I took off the bandages, it was impossible for me to see any difference. For some reason my old face was superimposed on my mind, and the face staring back at me in the mirror simply belonged to someone else.

My parents were ecstatic. The results seemed to surpass even their expectations. The scar was gone. My mouth was smoothed, my nose was straight. I was always startling myself when I looked in the mirrors; it was too sudden. Even Sadie started acting differently around me. She teased me less, and I’d sometimes catch her staring at me with the strangest expression on her face.

I had to stay out of the sun, wear total sun block and wide-brimmed hats for months. My tan faded, and with it the remainder of my scars. The kids in my class all seemed to appreciate my new face. I was even asked out on dates, but I wasn’t interested. I was in love, and Brett actually answered my letters. He wrote often. I wrote just as much, and in one letter I put in photographs of myself and my new face.

Mother had a professional photographer take my picture. I went in to the sitting rather nervously. The photographer was bright and chipper, talking, always talking.

“Okay, that’s right dear, that’s the spirit. Love it, love it! How’s about a smile? Eh, that’s the smile, that’s it! Beautiful! Okay, great. Look over there, yes, that’s it. Now, chin down, yeah, keep your chin down love. Okay. Great, good stuff. How’s about taking your top off? You got great breasts, I can tell, not too big, not too small. Well, what about it? Want to do some nudes?”

I was mesmerized. I took off my top, and posed for him. He didn’t stop talking; I was clothed in the sound of his voice. Afterwards, I was embarrassed, absolutely crimson. I realized my mother would see the pictures, so when she came to pick me up, I burst into tears in the car.

“Oh, sweetheart! They all do it! I never saw a photographer who didn’t want me to pose nude. It’s nothing dear. They’re artists, like your father. He always has nude girls trailing around his studio, you know that. It’s a compliment. Don’t cry!” Mother was amused.

I sent a picture to Brett of my new face. And one of me, topless. It was very good, actually. I was perched on the edge of a chair, looking straight at the camera, but poised as if I was about to leap away. I told Brett my father had taken the pictures as a study for one of his paintings. Brett wrote back that he’d put both pictures in his wallet. But the one of me topless was hidden, so that only he could find it. He also wrote that he was tired, that the treatments were painful, and that he was losing his hair and gaining weight. So while I was growing more beautiful, he was turning hideous.

I wrote back that I didn’t care, that looks were nothing. I’d spent years with a ruined face, so I ought to know. Hair could be grown back, weight lost. I told him to follow doctor’s orders and get well soon. I said I wanted him, that my body craved him, and that I hoped no one else was reading his mail.

His mother traveled back and forth every week, spending time with her son and husband. I’d heard somewhere that Southern women were tough as steel, but not Lacey. She seemed to crumble. She grew thin, and her eyes were perpetually red. I saw her a lot. She came to the house as much as possible to cry on Mother’s shoulder. I gave her some of my letters to take to Brett, and these fragile white missives seemed to give her strength. She would sit up straighter as she tucked them into her purse, and they were the only things that would make her smile.

I ended up enjoying Welcome to Paradise. The first chapter or so was a bit slow with character introductions. I found it hard to read through and had to keep putting it down. I was glad for the turn around. Not only do the first two chapters have a bit of introductions but it is very descriptive of the setting. Had the author's blurb not said the main characters name I would have never known it. I did not see it mentioned once in any of the chapters. There was a nice flow of conflict for each character. All in all this was a decent read. Being a teenager isn't all it's cracked up to be for Sugar. When she has surgery to fix the scar on her face it opens doors she never knew where closed. After quitting school she moves to New York to follow in her mother’s footsteps. This is truly a book of tragedy and love.

Wow. I don’t know where to start when it comes to Welcome to Paradise. First off, I will say that this book is unlike any other I’ve ever read. For the first two pages, I’ll be honest. I struggled a bit trying to get a sense as to where the story line was going. Reading more like a memoir at first, I didn’t know what i was getting into. But due to the fact that Ms. Macaire has a flair and magnetism with her teenage voice, I was so far pulled into the words that it didn’t matter anymore. This is Sugar’s story. She lives on the exotic island of St. Thomas. (A plus off the bat for me for the diversity in the characters) After a freak accident as a child, Sugar is scarred on one half of her face. She’s not ugly, just damaged on the outside. Inside, she’s a sweet young girl who is struggling to find her way more so than most kids her age. Her family is fairly wealthy, but she never exhibited annoying qualities from that. In fact, Sugar looked at everyone in a positive light, regardless of being closed off to a lot of people. But when the one boy she’s always been head over heels for starts paying attention to her, then things change. Eventually her scar is removed, but with one bit of her recovered physically, she loses something emotionally at the same time. And oh my was that a sucker punch to my heart. No spoilers here though, just know that the one thing she does lose makes way to a future that’s completely unexpected. Welcome to Paradise was a journey to me, not necessarily just a story. A lost girl growing up, discovery love and heartache in a way that was just unfair, but needed at the same time. I enjoyed this heroine. I really did. She was real to me, a girl who you want to root for no matter what. She’s not the popular girl, nor is she the nerd. She’s simple, flawed, and someone young girls everywhere–including teenage me from the past–will probably be able to relate to. Welcome to Paradise is a brilliant example of how a young adult book should be written…at least to this very picky reviewer. It doesn’t stray from reality, it doesn’t shy away from sex and some language either, and I appreciate that because, lets face it, young adults out there do those things, therefore making this book something more realistic. I’d probably say Welcome to Paradise is more so a book for ages sixteen and up…but every parent is different, so take my advice as literally as you’d like. Overall, I highly recommend readers of every age take a chance on this book. It’s heartbreaking, it’s beautiful, it’s a story that will stick with you for days. Not a lot of books make feel this way either. :) Well done Ms. Macaire, you’ve earned a fan in me.