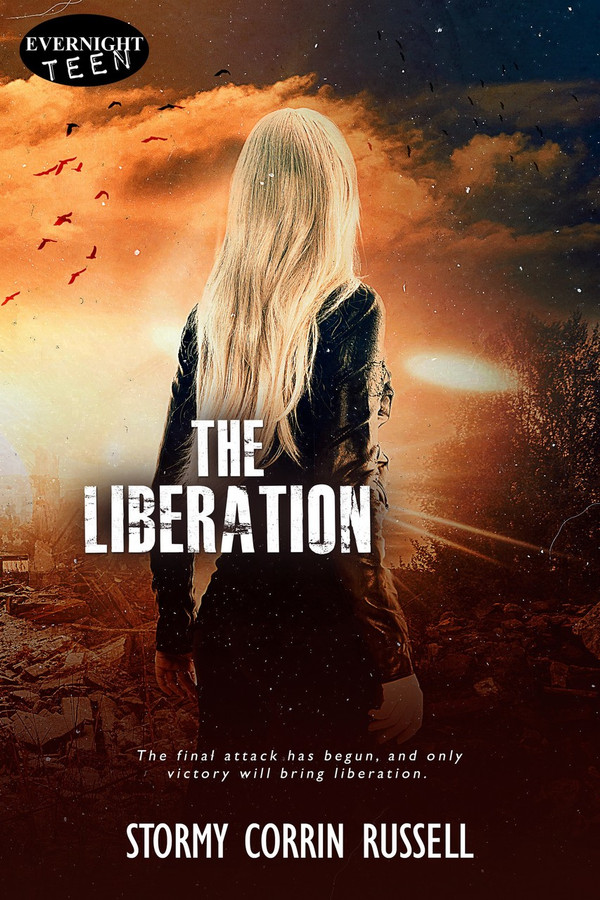 With more than just Genesis on her side, Eroyn finally has the resources to build her army and defeat Ryker Stroud. But when Ryker takes someone Eroyn loves hostage, can she bring herself to risk not only her life but the lives of those she cares about?

When she leaves Genesis, events in the city threaten to ruin everything she’s worked for in more ways than one. And when she discovers the real purpose of Compound A, staying true to the plan becomes harder than ever.

The final attack has begun, and only victory will bring liberation. At last, Eroyn and the rest of Compound A could be free. But at what cost?

14+ due to sexuality, violence, and adult situations

After all I’ve seen and done, maybe I shouldn’t be afraid to die. I am. My destiny is right there in front of me, a stone’s throw away, but I can’t move forward.

“I can’t do this.” I drop to my knees, letting my head fall into my hands. If I’m going to surrender, it might as well be right here.

“And what exactly are you doing?”

The voice sets dread loose in my stomach. “No…”

I hope I imagined it. But when I slowly turn to see, there he is, staring me right in the face with his matching set of ice-blue eyes. And he’s angry.

“What are you doing, Ero?” Blaze demands.

“No.” He voice is low and angry. “You were going to leave? Just like that? Start a rebellion, and then abandon it? I thought you were better than that.”

“Shut up.” He glares at me. “I’m over the pity party. On your feet. If you’re turning yourself in, have the dignity to do it standing. And you aren’t alone. He’s my father too. You’re my sister. We’re a deranged, broken family, but we’re all we have.”

I bite down on my lip, frustration and agony at war in my gut. I came here to spare the people I love, not to drag them down with me. But what I forgot to consider is that my brother is just as stubborn and bitter as I am, and he won’t be shaken off so easily.

“You know that twin telepathy crap?” he says, his anger waning for a moment. “Well it’s real. I could feel when Wes was having a bad day. Sometimes it was horrible. I’d be pissed for no good reason. I’d want to cry even if I wasn’t sad. But I don’t need that with you. You’re an open book, Ero. I know you’re doing this because you’re under some misguided belief that you’re doing the right thing, but I promise you, this is a trap. And if you’re fine with that, then we’ll go in. And if you’re not, we’ll go back right now. Say the word.”

“That’s not fair.” I swallow the anger down, and in its place is only sorrow. “I have no choice. They have him. If I leave, he will die, plain and simple. It will be my fault.”

“Ryker can kill him anytime he likes! You think you arriving on his doorstep will make him less likely to do it? Use your head!”

His voice echoes through the woods a few seconds before I hear the click of a gun being cocked.

“No.” My voice is a whisper as they descend upon us in full riot gear, two of them blindsiding my brother before he even knows they are there.

Eroyn is gathering support to defeat Ryker Stroud. While many people are willing to join the cause, because they have experienced Ryker's cruelty first-hand, there are others who do not wish to fight. The training and planning are interrupted for Eroyn when Ryker contacts her and tells her that he is holding a loved one hostage. She enters his facility once more and learns many shocking truths. Is Ryker the villain they have all believed him to be? Will the rebels be able to stop him? Is an attack really the right thing to do, or it is going to be simply shifting power from one despot to another? I loved the first two books of this series, but this one is definitely my favorite! It is imaginative and thrilling. It was full of good messages. In so many ways, this series is on par with series like Divergent and Hunger Games. One of the best things about Eroyn is that she does not make excuses for her actions. She is fiercely committed to freeing the people of Compound A. She takes responsibility for the actions she has taken that have cost lives, and she really genuinely cares about the people. She does not crave the power, and she places credit where it is due -- Phoenix is a great leader and Luna is a brilliant and kind friend. She questions everything, but she continues on in her devotion to free the people. The losses that she experiences are tragic, but she keeps going despite all the pain. The plotline of this last book was just amazing. It took some turns that I definitely didn't expect, and the explanation for the founding of Compound A was finally revealed. This book started out a little slow for me (we are thrown into the thick of things, with names and situations that readers might not remember unless they go directly from reading book 2 to book 3). I was honestly engrossed in this book and read it way faster than I normally would have. It was difficult to put down. I was so pleased with this book! Great job, Ms. Russell!

What can I say? I absolutely loved this trilogy! I was so engrossed in the story that I often thought of the characters going about my daily life. I've laughed, cringed, cried and yelled! I'm so sad to see it end. I hope the author revisits a few characters or perhaps all of them!

A fantastic ending to a wonderful trilogy. Though this book had its ups and downs, I love the way it ended!

The Separation by Stormy Corrin Russell

The Elimination by Stormy Corrin Russell