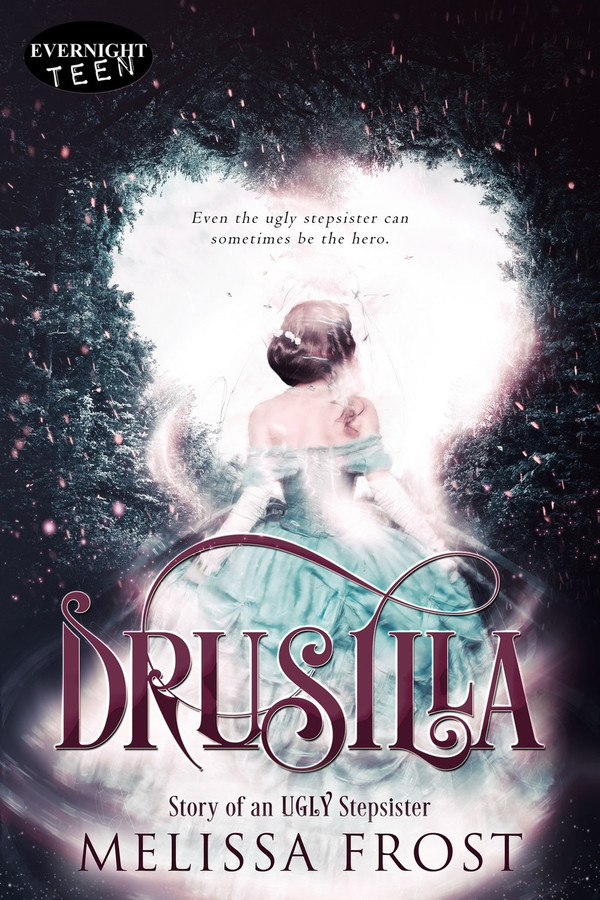 Story of an Ugly Stepsister

What if Cinderella isn’t the sweet and tortured angel everyone believes? Instead, what if she's the most popular girl at school who is hell bent on making sure her ugly stepsister doesn’t stand in the way of her popularity? A new story unfolds through the eyes of Drusilla...

Being sisters with bright and beautiful Ella is an unending nightmare for Drusilla. That is until the sisters accidentally open a portal to another dimension. The unlikely duo is forced to team up against a swarm of angry sprites, a clan of territorial gnomes, and a few other unlikely creatures. Their new portal comes with a fairy godmother, and there's even a bona fide fairy tale prince up for grabs. It might take impossible odds to bring these two together, but it’s a story that proves even the ugly stepsister can sometimes be the hero.

14+ due to mild language and violence

I squinted into the portal and found small shapes moving in our direction, coming closer, becoming larger. There was definitely something inside that blue shimmer. “Ella…” I took another step back and reached for the sleeve of her dress.

She yanked her arm away. Stepping closer, she took another picture, her flash like a beacon for whatever was approaching. “Will you relax? No wonder you are such a spaz. You need some Xanax or something.”

My scream finally caught her attention. She spun on me with a look of exasperation. “What?”

As she turned, something flew out of the portal and made a beeline for her. To my amazement, tiny hands wrapped around Ella’s phone and yanked it from her fingers. The miniature little creature was light blue in color and had translucent wings on its back. It was no bigger than the size of my hand.

Ella spun back to it with an expression of outrage. “What the…” She trailed off, her jaw dropping open. Only a mythical creature flying out of a dimensional rift could render Ella speechless. Good to know.

As we stared stunned, the creature made a chittering noise. It sounded like speech, but it was no language I’d ever heard. Moments later, another identical creature came fluttering out of the portal, its wings beating frantically like a hummingbird’s. A third followed, then a fourth. In a few mere seconds, there were a good two dozen of the winged creatures around us.

The original creature continued to chitter as it examined Ella’s cell phone, turning it this way and that in its hands.

Realizing her most treasured possession was no longer under her control, Ella reached forward. “Give that back.”

Her demand had an alarming effect. The adorable little creature stopped its chittering. It turned to Ella, its large green eyes honing in, and pulled back its lips to reveal razor-sharp teeth.

I grabbed Ella’s hand and yanked it back just as the creature attempted to take a bite out of a finger. Its teeth narrowly missed, and it got air instead.

Ella shrieked and jumped back, clinging to me in shock. “It tried to bite me!”

Yeah, and I didn’t think a rabies shot was going to be effective against whatever this thing was. It was probably best not to let one bite us.

As we clung to one another, the small creature turned its anger on Ella’s phone. With a wicked snarl, it brought its hands tighter together around the device. To my astonishment, Ella’s phone burst under the pressure and crumbled into tiny pieces. For being so small, the thing had a ridiculous amount of strength. “There goes having visual evidence,” I whispered.

For once, Ella had no snappy comeback. She merely gaped, jaw dropped.

This was a super fun read. It&#039;s a twist on the classic story/world of Cinderella full of humor and action. I loved it. I got sucked right in, and the time flew by! Truly good stuff.