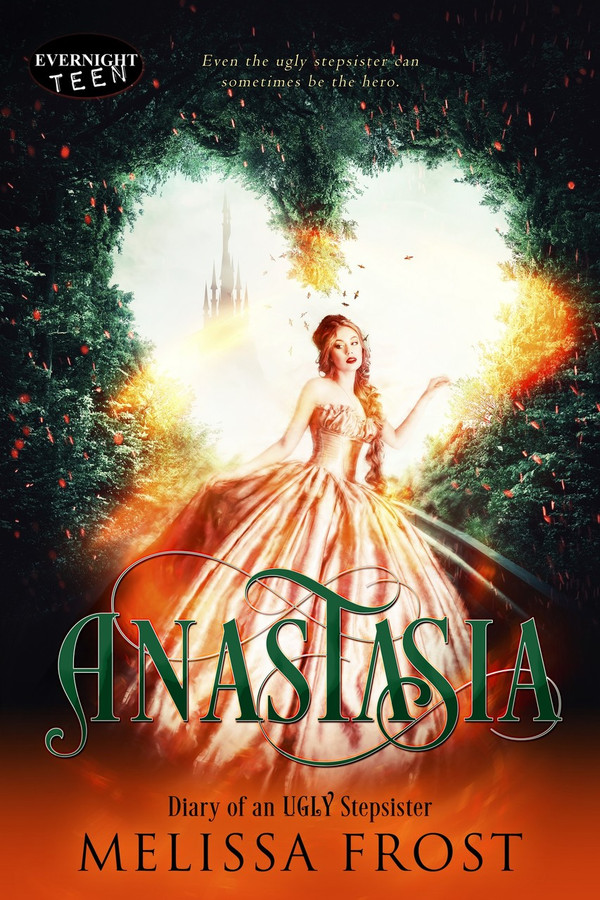 Diary of an Ugly Stepsister

Anastasia has no idea about the changes that have happened while she’s been away in Germany in a student exchange program. While she’s been studying computer courses and first aid classes, her sisters have been battling mythological creatures from another dimension, and it’s a secret they’re not sharing. Annie feels like she doesn’t know Drusilla anymore. Cinderella has become an invasive presence despite her open hatred of her stepsisters before Annie’s trip. And the new next-door neighbor has edged his way into their lives despite her protests.

Anastasia is determined to get to the bottom of the mysterious events happening around her, but the things she uncovers become more and more shocking. Her crush is from another dimension. Cinderella has a fairy godmother and is on speaking terms with a real, live prince. Gnomes exist and live in her backyard.

What is she willing to risk to open herself up to an unimaginable experience and possibly a romance that’s literally out of this world? Is she prepared to handle the truth and the dangers that come with it? The only thing she knows for certain is that life will never be the same.

14+ due to mild language

I’d almost given up on trailing them when I caught a flash of Ella’s hair in the moonlight at the back of the yard. She and Drusilla were walking into the forest at the back of our property. Drusilla cast a worried look over her shoulder before she disappeared from sight.

Why were they going into the woods? There was no way they could be having dodgeball practice there, especially at night. This pretty much confirmed my suspicion that they were lying to me. But if they weren’t playing dodgeball, what were they doing?

Hurrying so I didn’t lose sight of them, I followed my sisters across the yard and into the edge of the forest. Anxiety lanced through me as an owl hooted somewhere overhead. I’d never come out here at night, and I could firmly say it hadn’t been on my to-do list. These woods were spooky. Who knew what was hiding in here?

As my heart hammered in my chest, I tiptoed closer and closer to Drusilla and Ella, being as careful as I could in the dark not to step on any twigs. The last thing I needed was to alert them to my presence.

I shouldn’t have worried, though. They were far too preoccupied on the duo in front of them. I instantly recognized the bulky form of Zeke in the moonlight. I assumed the petite figure beside him was Molly. The two of them were already doing … something. It was too dark to tell. But they were moving about, dodging and ducking and ... swinging.

A flash of silver lit the night and I blinked in surprise. Was that a sword? What in the world was Zeke doing with a sword? Out in the woods. In the middle of the night. Baffled, I took a step closer.

There was something else there, something Zeke was wielding his sword at. It was big, really big. I inched a little bit closer and pressed my front up against a large tree. Licking my lips nervously, I peered around the massive trunk I was wrapped around to see…

I blinked a few more times to make sure my eyes weren’t playing tricks on me.

Zeke was standing in front of the biggest worm—if it could even be called a worm at over seven feet high—I’d ever seen. The worm was covered in slime and dried leaves. Its mouth had two vicious rows of teeth and it was snapping them at Zeke with a low growl.

Mouth gaping, I forgot all about keeping myself hidden as Ella pulled a sword from a duffel bag at her feet and charged to Zeke’s side. I stepped from behind the tree and started forward, my brain trying to come up with an explanation for the worm. I found none. Creatures like this did not exist. It was like something out of a horror movie.