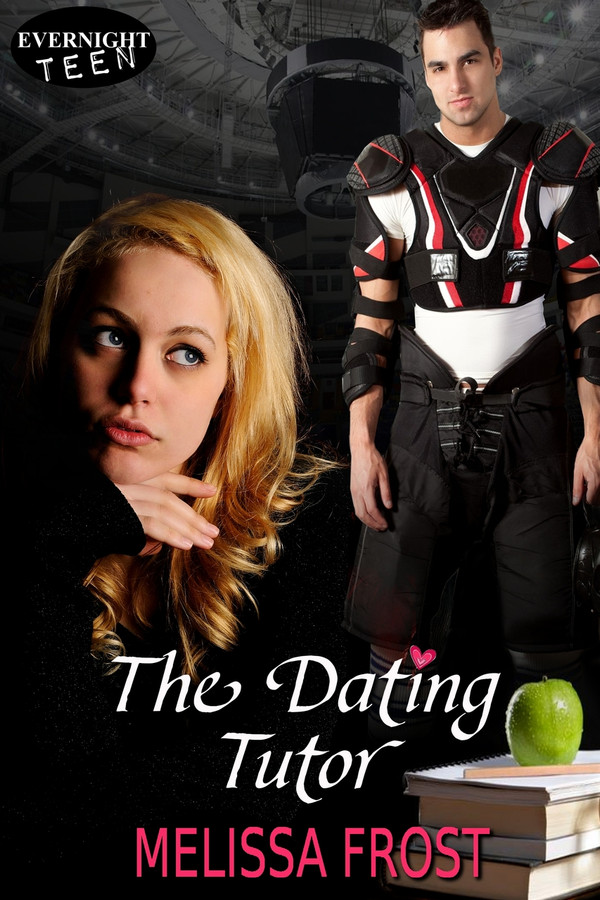 Ellie is hardly the most sought after girl at Noble High, so she is completely surprised when the boy most likely to become prom king asks her out. Her short-lived glee quickly turns to panic as she admits to herself that she doesn’t know the first thing about dating.

After a fair amount of wheedling, she convinces her best friend and hockey star, Alec, totutor her in the ways of love. Only once things start, she finds she knows even less than first suspected. Dating is full of more codes and unspoken rules than she ever imagined.

Even more difficult is the effort not to cross lines with Alec. Every lesson brings her closer and closer to the boy next door whom she’s never had a romantic thought about before in her life. Each caress and playful scenario has Ellie wishing more for her best friend’s affection than the boy he’s teaching her to woo.

Ellie walked to her front door with her arm tucked into Alec’s. “This actually was a really fun night,” she reluctantly admitted. “I had my doubts, but date Alec is actually an okay guy.”

“You had doubts?” His tone was light and playful as he led her up the front walk. “You should have known I’m quite the catch way before now. I don’t know why it took you so long to figure it out.”

She shrugged a shoulder. “Oh, I don’t know. Could it be the usual behavior I see from you?” She poked him accusingly in the ribs. “Spraying me with your garden hose, burping, leaving your dirty gym shorts on your bedroom floor for weeks on end, and the many other boy faux pas you commit.”

“Dating Alec and hanging out at home Alec are like two different men.” He winked. “You’re one of the rare people who have ever gotten to see both sides of the coin. In fact, you might be the only one.”

She nodded with an affectionate smile. “No one knows you like I do.”

As she reached the first step of the porch Alec tugged her hand to pull her to a stop. As she spun to face him, the question died in her throat when he cupped her face in his hands and pressed his lips to hers.

The kiss caught her by surprise. It came so suddenly that she didn’t have time to worry over what to do or how to react. She simply melted against him with a content sigh.

Alec swept her hair back from her face and deepened the kiss. His body moved forward to brush ever so gently along the front of hers.

This was unlike any kiss she’d ever experienced before. The few attempts she’d made of it in the past had been anything but spectacular. An awkward brush of lips. A quick, shy peck. This was…ethereal. This was what it was like to really be kissed.

Just when she thought it couldn’t get any better, he nudged her lips apart. His tongue grazed ever so gently across her bottom lip before flicking up to caress her own.

Her heart nearly stopped as she leaned closer to him, wanting more.

And just as suddenly, he pulled back. He took a few steps backward with an amused chuckle. “Very good. Do that Saturday and Jake will be putty.” He shoved his hands deep into the pockets of his slacks and bobbed his head in farewell. “I’ll see you Monday for the game?”

Ellie felt as if her brain had been fried. She couldn’t think. She couldn’t breathe. She just stared at him feeling numb. Yet warmth was radiating through her chest, and she felt as if her skin was electrically charged. Knowing she needed to respond, she forced her head to nod. “Y…yeah. I’ll see you Monday.”

“See ya Monday.” With that, he turned and sauntered down the driveway to head to his own home.

She watched him retreat and tried to convince her heart to…stop…whatever it was it was doing. He’d kissed her. So what? It hadn’t meant anything. To either of them….right?

Great read!! Couldn&#039;t put it down!! Love the author!! Def would recommend to a friend!! A must read! Will read again &amp; buy new books from this author

I really like this story. I wish it was longer so I could of gotten more of the main characters. I would have liked to see their relationship build more and maybe hear it from the males side. I would recommend this book for a quick fun read. Enjoyed.

I&#039;m not an avid reader of young adult stuff, but this one was awesome. I bought a copy of both versions of this. I liked all the characters, the writing was good, and the story really drew me in to this quick read.

This is the best book I have read all summer. Love this author. Can&#039;t wait until she has another book out. We all need a best friend. Young girls you guys need to get this book it really is a great read.

Awesome book. The best author ever. Can not wait until she releases another book. It would be a big mistake to not buy this book

I was Given a ARC for an Honest Review The Dating Tutor is a quick read.I tossed and turned between 4 and 5 stars. Ultimately deciding to give it 5 stars.Why the 5 stars?Its a good read and thats what im reviewing.The content.It is a quick read.I think that was the issue with me.It was quick and to the point.I wanted it to last for a few more chapters. This is the story of Ellie and Alec.Ellie has a very very important date with one of the most popular boys in school so she asks her best friend Alec to tutor her in dating.He not only helps her but suddenly she is seeing him in a new light. I enjoyed this story.It was well written.I will say again It could have been a bit longer.The Author was able to pull the story off though at this length.The characters worked well together I and the chemistry was there.I will be honest.I did not fall in love with the cover but the content.I never judge a book on its cover though.I would like to read more from Melissa Frost.I would however like the books to have more content.This is a great new young adult romance.

There are simply not enough young adult romances out there like The Dating Tutor by Melissa Frost. Believe me, I&#039;ve scoped out a ton of them to know. I&#039;ve been so caught up lately in YA books that push the limits and the boundaries of this genre at times, that I often forget that authors write these books for Young Adults...not for woman of my age. So for me to lose myself completely in a story that has not a single swear word, or reference to drugs, or alcohol, is like finding a rare diamond in the rough. I&#039;m not saying I don&#039;t enjoy the angsty teen reads, I&#039;m simply saying that it was absolutely a breath of fresh air to read a book that was so clean, sweet, and beyond memorable that I wish there was a sequel in the making. First we have our adorable tom-boy heroine, Ellie. She&#039;s gotten herself a date. A first date. but she has absolutely no idea how to go about being a girly girl. So she enlists the help of her best friend, who just so happens to be a boy, to get her to that datable level. Thus begins the adorable tale of the unexpected. I adored Ellie. She was real, and she was so sweet, and naïve and all things funny. She&#039;s awkward, but doesn&#039;t let it pull her down. She&#039;s a very, very likable heroine. Alec...a boy that I could easily see my own little girls falling in love with someday. He&#039;s got a darker side, but its expected. He&#039;s a little protective and the ultimate BBF for young girls everywhere. And yeah, I can&#039;t deny the fact that I was swoony just a little bit myself. It&#039;s not illegal though. It&#039;s fictional. :) The Dating Tutor was a fast paced read, right around seventy pages. But it was so consuming, and just right for me to escape with!! With very lovable characters, a smooth writing style and enough drama to carry its readers along, I very much recommend The Dating Tutor to anyone looking for an all-out fantastic young adult, contemporary novella. Ms. Frost, you have earned a fan in me, for sure!! Now how about a book in Alec&#039;s point of view? Just a suggestion :)

Ellie is just another common student who attends Nobel High. There isn’t anything about her that makes her stand out and be part of the popular group in school. So when one of the most popular boys asks her out, Ellie is happy, but shocked that Jake Phillips even noticed her. She’s had no dating experience prior to this, so she asks her best friend and popular jock at school, Alec, to help be her dating tutor. As he “teaches” her what to do and not to do on a date, things start becoming really complicated between them. Their mock feelings and actions they’re using with each other is starting to cross a line they’re not certain about. Who does Ellie finally hook up with in the end? What secret does Jake have that could cause him a whole lot of grief in school? I found this to be an enjoyable story and I could easily relate to all the mixed emotions both Ellie and Alec were feeling. Right from the start, I wanted Ellie and Alec together, but once Jake entered the picture, I wasn’t certain how things were ultimately going to turn out for everyone. I have to be honest and say that I didn’t see Jake’s secret coming, so when it was said, I was a bit surprised by it. If you’d like to see who Ellie ends up with or what Jake’s mystery secret is, you can find out by picking up a copy of this YA story.