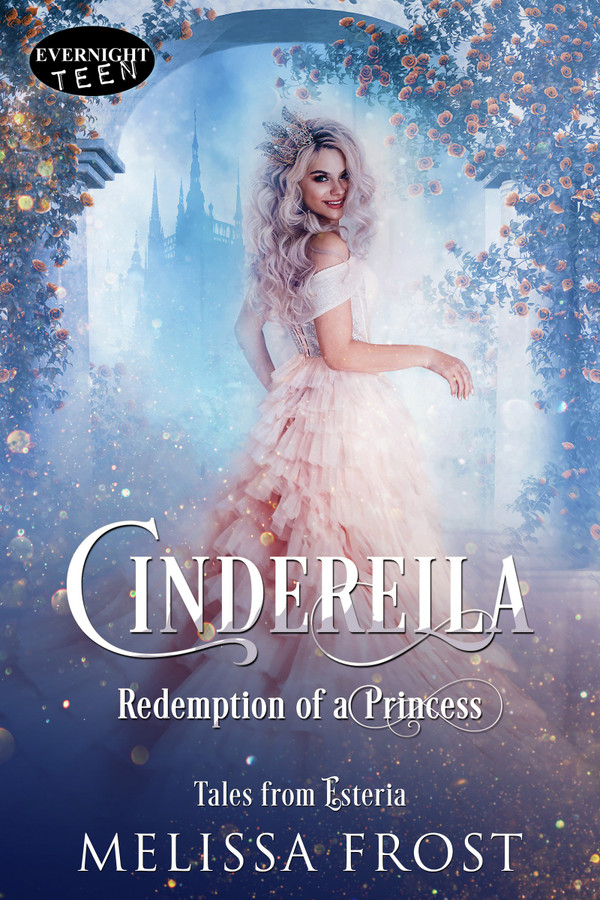 Redemption of a Princess

Cinderella (or Ella to those who know her best) is on a mission to earn back the trust of her family and friends after nearly getting Jake killed by way of an angry, territorial unicorn. But proving she’s changed for the better may be an uphill battle.
As she strives for redemption, the group works to rid their dimension of a dragon and the cultists who brought it there. They also find themselves closer to discovering a way to close the portal linking the two worlds for good.

As the finale of their adventure grows closer and closer to completion, Ella finds herself questioning everything—including her romantic relationship with the prince of Esteria. Can she make up her mind about what her heart desires before it’s too late? Does she love the prince? Or is she secretly falling for his top royal guard? And better yet, what will she do when the portal closes and both of them leave forever?

I slammed into his chest and found myself momentarily stunned.

That was all the advantage he needed. The man wrapped his hand around my upper arm, squeezing painfully. “Girls are nothing but trouble,” he ground out through clenched teeth. “That’s why those of us who follow the Destroyer forbid women from joining.” His other hand mirrored the first, and he clasped me tightly, pressing my shoulders in against each other. He shook me roughly, rattling my teeth together. “But you are good for one thing … the Destroyer does need to eat.”

I gave a cry of pain as he wrenched me in the direction of the dragon. He was going to try to feed me to it! “What the hell?” I cried in outrage. Anger welled up inside of me, and I channeled my inner diva. Struggling against him, I gave him my best glare. “I think you’ve got no girls in this little cult of yours because no girl would ever date a loser like you.”

I didn’t really expect it to work, but the man ground to a halt. He turned his full attention on me, his back to the very unhappy dragon. “Say that again. I dare you.”

“Say that again. I dare you,” I mimicked in a nasally voice. If there was one thing I was good at, it was being a bully. I frowned at this realization and self-reflection. But in my defense, I’d really shied away from bullying since the Esterians came into my life. I was trying to be a better person. I saved my special talent for those that deserved it, and this guy really deserved it.

Squaring my shoulders as best I could with him still holding me, I locked my gaze with his, my posture screaming dominance. “I said you’re a loser. Pathetic. And that robe makes you look dumpy.”

While he gaped in astonishment at my lack of fear and vicious string of words, I pulled back my head. Then I thrust it forward as quickly and with as much force as I could. I connected with the bridge of his nose and heard a loud crunch.

He released me and stumbled back, blood gushing from his nostrils. He frantically patted at it, a cry of surprise escaping him. “You broke my nose!”

“Yeah, well,” I said, standing defiantly in front of him. “You tried to kill me.”