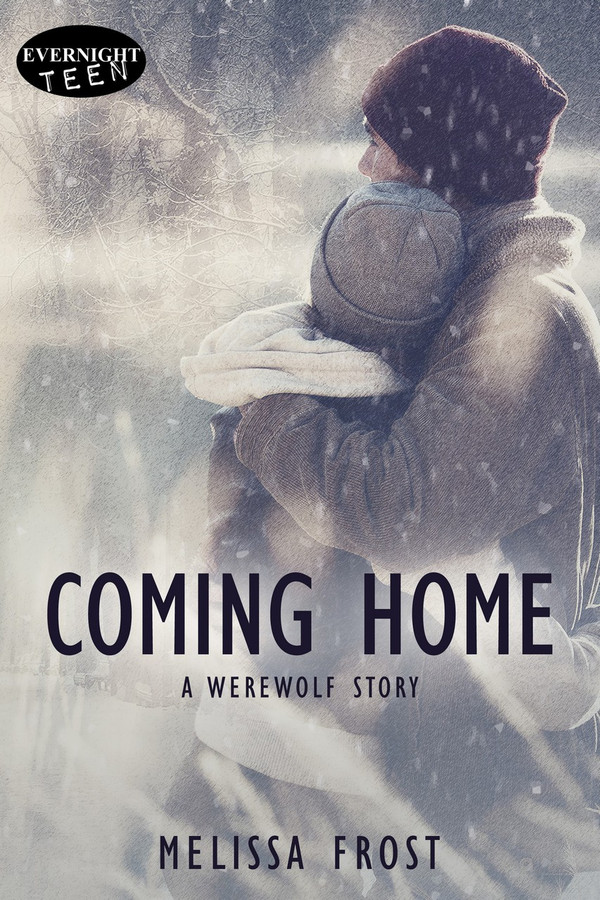 As a foster care child, Andi never stays long in one place. She doesn't have a chance to connect with anyone—until sexy, blue-eyed Devon walks into her life.

Devon claims to have known her birth parents. He’s even got a photograph to prove it. He shows up offering her everything she could ever want—a friend, a connection to her family, and answers.

The only problem is Devon’s friendship comes with a few complications attached. There’s the fact that he’s a werewolf, and then there’s the territorial clan out to start a war with Devon’s pack. What started as a simple journey to learn about herself turns into a dangerous road trip that could get her killed.

If she can survive, Andi just might get the answers that have been plaguing her, and she might just fall in love with her new furry pal along the way.

“I’m still not convinced.” She informed him of this in a tone that stated quite clearly she thought him to be a liar. “You’ll have to try harder than that.”

At her skepticism, Devon gave a grin that could only be described as devilish. Climbing to his feet, he yanked the zipper down on his coat and shrugged out of it. He tossed the coat into the snow before lifting his shirt over his head.

As if they had a mind of their own, her eyes drank in the sight of his bare chest. He was amazingly sculpted, his arm muscles bunching with every movement. His abs, which appeared rock solid, mirrored the action. He even had an interesting scar along his left shoulder that only seemed to add to his sex appeal. She cleared her throat uncomfortably, willing her body to settle down. She didn’t usually get so affected by boys.

When his hands went to his belt buckle and began unfastening it, she gave a squeak of objection. “What are you doing? Stop taking your clothes off!”

He grinned over at her. “You wanted to see a werewolf, didn’t you? I’m just obliging.”

He stripped out of his jeans with ease. “Werewolves aren’t freaked out by nudity, Andi. If you remembered even the slightest bit about your history, you would know that.”

As his briefs came down, her eyes lifted hurriedly to the sky. She gazed at the clouds as if they were the most intriguing thing in the entire world. Which was a complete farce. Standing before her was the first naked boy she’d ever been in the presence of. She desperately wanted to sneak a peek, yet she was too freaked out by the idea to even lower her gaze a fraction of an inch.

“Sheesh, you’re such a human,” Devon said in complaint. “You’re such a prude that you’re about to miss all the fun.”

Andi scowled, but her gaze was still lifted skyward so she had no idea if he saw her or not. As she stood awkwardly gazing at the clouds, she realized how absolutely absurd this situation was. She was standing in the entrance to a public park. With a naked boy. In the snow.

“This is so—” Her protests broke off as an odd popping sound filled the air. She couldn’t quite place it, but it felt so familiar. It was a noise she’d heard before, but she couldn’t remember where.

Her eyes lowered to Devon’s bare shoulders to find them shifting and cracking. His flesh moved in such an unnatural way, she nearly cried out in alarm. Her own hand pressing to her lips was the only thing that stopped the sound from escaping.

She watched with morbid fascination as Devon’s body repositioned and changed itself into something new. Before her very eyes, his entire being altered, and he transformed into the shape of a wolf. It took no more than a minute or two, but the time seemed to stretch on forever.

She witnessed soft puffs of cream fur appear that seemed to burst right out of his skin. His fingers elongated, the nails growing out into sharp claws. The urge to run lasted a mere second before she was stepping forward in fascination.

Her fingers outstretched toward the furry muzzle that had once been Devon’s nose. She wasn’t frightened by him in the least. How could she be? He was the wolf! The one she’d seen outside the school staring into her classroom window.

She knew instantly he’d been there for her, watching over her as he awaited their reunion. She bet he had seen it playing out quite differently. Closing her eyes, she allowed her fingers to brush over the soft fur between his ears.

The sensation of it shook her to the core. Her body remembered it, recalled it like it was yesterday. Werewolf fur. She wasn’t sure if it was his fur in particular that felt so much like home, or if it was werewolf fur in general. Either way, it startled her just how much she longed to be near him in that moment.

Her eyes snapped open, and she stumbled back, unsteady on her feet. This was far too much to absorb in one afternoon. Her mind was racing, and she didn’t even know where to begin. As a result, she simply plopped down into the snow, stunned.

The only thing worse than feeling like a misfit is not understanding why you don’t fit in anywhere. The character development was handled nicely. I got to know both of the main characters pretty well in this short story. It was especially interesting to see how they reacted to all of the things that happened to them as the plot thickened. Their responses remained true to their personalities while also showing signs of personal growth along the way. It was a lot of fun to see these transformations happen, especially when it came to Andi. She had so much to learn in such a short period of time, but she handled it beautifully. I would have liked to see more attention paid to the conflict that Devon’s pack had with their enemies. Its origins were explained in detail, but the narrator didn’t spend as much time I would have expected to see showing how those old grudges were still around in the present day. This would be a great subject to explore in a sequel if Ms. Frost ever decides to write one for these characters. What I enjoyed the most about the romance between Andi and Devon was how much time it was given to develop. They got to know each other as individuals before any sparks started to fly, and even they they continued to take things slowly. This was definitely the right decision for these two characters given their ages and everything else that was going on in their lives. Coming Home was such an exciting read. I’d recommend it to anyone who likes werewolf stories as much as I do.

**SPOILER FREE** HOLY SMOKES this was a dang good read! Wasn&#039;t what I was expecting by any means. The story, the characters just gives this book a complete different feel. Well written with an easy flow keeps you interested through the entire book as well as catching your attention right from the start! Really loved the works of this author in this book and looking forward to reading more from her! *Received for an honest review*

Melissa Frost’s Coming Home is a detailed and entertaining short story that was hard to put down. I was impressed with all the information that was packed into this contemporary paranormal romance that is suitable for young and new adults. After her parents’ death, Miranda (Andi) Clover Hurlstone, had been passed from one foster family to the next. A young man named Devon comes into her life claiming that they knew each other as children and are from the same werewolf pack. Andi and Devon are both well-developed and likable characters. My heart went out to Andi for losing her parents at such a young age and growing up in foster care. I like that Andi was open minded. I felt bad for Devon for losing Andi and was happy that he happened to stumble upon her scent. It was interesting finding out the background story of what happened to Andi and her parents. I appreciated their journey home, and the stops that they made along the way. The ending had an exciting conclusion that felt well resolved. I wouldn’t mind seeing this story spin off into a series. Complimentary copy provided in exchange for an honest review.

This was a sweet story about a young girl who is in foster care and feels lonely and hopeless. Then one day she meets Devon. She is immediately drawn to him. What she soon discovers is she did have a family that cared and that her family has a heritage. A heritage that she has lost. Along the way back to her home, Devon takes her on a discovery into uncovering who she really is. The story is short however the plot is amazing along with great characters. I could actually see another story added to this series.