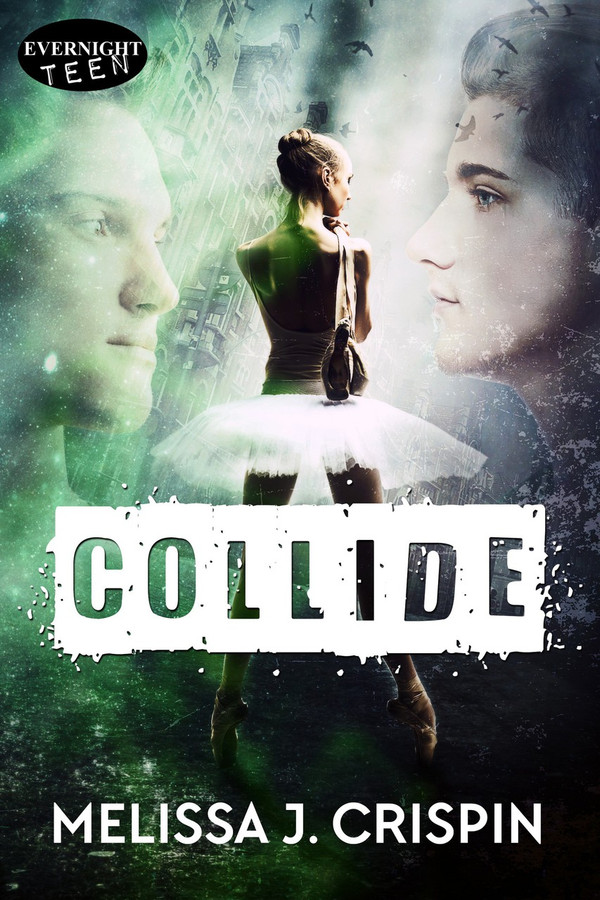 Kayla has a plan. She’s moving to the city after graduation and Luke’s coming with her. He’ll eventually become a doctor, she’ll be a ballerina—and they’ll live happily ever after. That is, until dark forces, led by a sister she never knew existed, start hunting her down for a power she never knew she had.

When Kayla starts working with a boy named Alec to learn how to defend herself and to stop the evil from eliminating the worlds, she finds herself falling for him. Hard. Torn between two loves and struggling to do what’s right for Earth and Afterlife, Kayla must decide if she’s fighting to keep her life together, or letting it go to save everyone else’s.

14+ due to sexuality, language, teen pregnancy, and adult situations

I was so screwed.

No ballet school would ever accept a freshman with a bun in the oven, and I wasn’t stupid enough to think they’d make an exception for me, even if I was that good.

Hugging my books to my stomach, I wished the nausea away. The bell rang as I rounded the corner and smacked right into Alec Morretti. My stuff flew out of my hands and spilled around us. I crouched down to gather it all up.

“Sorry, Kayla.” He picked up my binder.

His hand brushed against mine as we both reached for the same book, a tingly sensation rippling through my body. A hazy image of the two of us tugged at my memory, which made no sense since we never hung out together.

Standing in an open meadow with Alec at my side, I plucked a bright, purple wildflower from the ground. “Isn’t it beautiful?” I asked.

He shrugged. “It’s got nothing on you.”

Alec slipped his arms around my waist, pulling me close. The corners of his mouth turned upward, his mischievous, sapphire eyes meeting mine. Delicious warmth spread through every inch of me as his gaze drank me in. I tucked the flower behind my ear and ran my fingers through his messy, ash-brown hair.

I gave a playful smirk. “I bet you say that to all the girls.”

He shook his head. “Only you.” The back of his index finger grazed down the side of my cheek, kicking my pulse up a notch. He lifted my chin and dipped his head toward me. I closed my eyes in expectation of another incredible kiss.

I blinked. Alec stood over me in the middle of the school hallway, his outstretched hands holding my books in a neat pile. I had no idea where my head had just gone—maybe it was a dream I had once.

“Yeah, thanks.” I climbed to my feet.

He placed the items in my arms, and his intense gaze could have bored a hole right through me. A million questions raced through my head. I remained motionless, hoping he had something to say, but he turned and walked away without another word.

I headed for AP Calculus, unable to wipe the frown off my face. When I snuck in, the back door of the room squeaked. Mr. Dillard stopped writing on the board long enough to shoot a disapproving glare over his shoulder.

While the teacher droned on about inverse functions, I replayed the weird scene that’d jumped into my head when Alec touched me. I’d never thought of him in that way. Not once.

In fact, I’d hardly paid him any mind since he started going to Franklin High. There’d been so much buzz when he showed up on the first day of junior year. New kids were rare in a small town like ours. Murmurs about him dissipated, though, when he made zero friends. Here we were only months away from graduation, and he still kept to himself.

The bell rang to signal the end of class, and I gathered my things. Before I could leave, my ex-best friend Leila approached me. She wore her curly, jet-black hair in a ponytail, giving me a clear shot of her pinched brows and drawn lips.

“You look green,” she said.

“Thanks.” I rolled my eyes.

“Are you going to dance class later?”

Leila didn’t have a car and almost always hitched a ride with me, much to her dismay. I couldn’t blame her for hating me, though—not when I’d broken the cardinal rule of friendship and started dating the guy she’d been crushing on for years. I wasn’t proud of hurting her, but I couldn’t help it. Luke and I just kind of happened.

“I don’t think so.” I hated whenever I missed dance, since falling behind wasn’t my thing. “I’m sorry,” I added.

“Whatever.” Leila turned on her heel and marched out of the room, her ponytail swinging with each step.

The rest of the morning dragged. My mind kept swirling with thoughts of Alec, when it should’ve been preoccupied with other serious problems. I booted him out of my head, only to find him creeping back in a short time later.

After what seemed like eternity, the lunch bell rang and I headed to my locker. I dumped my books inside and slammed it shut with more force than necessary. As I clicked the padlock into place, strong arms circled around my waist from behind.

“Hey, Beautiful.” Luke buried his face in my hair.

“Hi.” I squirmed out of his embrace, avoiding eye contact.

I laced my hands together and stared down at them. “I might be catching the stomach bug going around. I don’t want to infect you.”

With only two days until the Indoor Track State Championship meet, he wouldn’t risk illness. The relief washing over his face filled me with guilt, but I didn’t want to freak him out. Not yet, anyway—not before I had a good reason.

**5 stars** I'm trying to find the words for how I feel about this novel. A while ago, I made a short video about how the YA genre needed change, needed variety. Strong heroines who weren't complete bitches, more complex characters, etc. Collide exceeded my expectations in every possible way. THIS is exactly the type of novel I've been craving to read for YEARS. Let me explain, while spoiling as little as possible: High school senior Kayla finds out she's pregnant by her boyfriend, Luke. As if that weren't drama enough, she starts recalling dreams involving a young man named Alec, whom she'd fallen in love with in her dreamworld. As the story unravels, you get a very complex love triangle, a frightening Afterlife with deadly battles that threaten to destroy the world, and a baby meant to fulfill a vague prophecy, all which goes awry. Ms. Crispin is not afraid to tackle realistic issues, from the medical procedure of a transvaginal ultrasound (nothing explicit, very YA-friendly while staying realistic) to a love triangle that makes perfect sense, to friendships that go wrong and try to heal--and death. Kayla is so, so likable. She has immense strength of character, but isn't an overbearing bitch like many YA novels pidgeonhole their FMCs into being. She handles her situation with as much grace as a teenager possibly could, surrounds herself with good people, acknowledges her mistakes, but isn't infallible from making them. Luke I felt so much pity for. He was afraid and excited to be a father, clearly loved Kayla even after that love became less requited, and fought for his child. Alec was the only one I had mixed feelings about, but he still came out on top. Despite him and Luke fighting, they ultimately didn't allow their jealousies to override their love for Kayla or the unborn baby. The final battle is devastating, one I can't give away the ending to. My heart shattered in the last two chapters. When I put the book down, I was struck by how much I'd grown to love the characters, how the plot and characters fulfilled needs I've been craving to read in YA for several years. Drama without unnecessary strife, love triangles that could very realistically happen, and an ending that packs a punch. Collide is not a novel to miss. This is a must-read for anyone who loves the YA genre, especially if you're looking for something a little more grounded in emotional reality. I can't recommend this enough. Ms. Crispin hit it out of the park.

I loved this book! I really hope it's the start of a series.