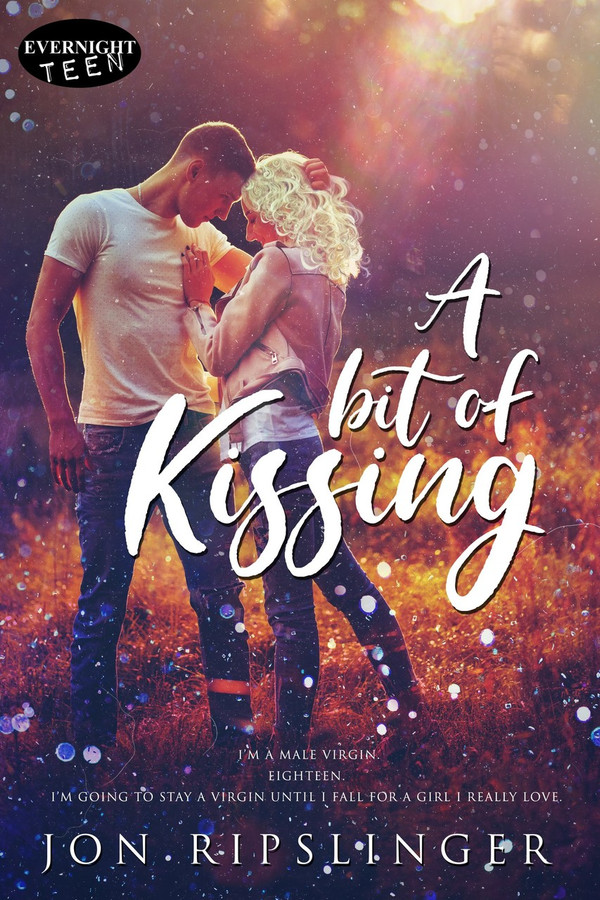 I’m a male virgin. Eighteen. I’m going to stay a virgin until I fall for a girl I really love. My buddies think I’m weird, odd, stupid, crazy. But I’ve got my reasons. My womanizing dad has inflicted so much pain on my mom, my sister, and me it’s unbelievable. Get this, a seventeen-year-old jerk knocked up my fifteen-year-old sister. Now she’s struggling to meet the needs of her three-month-old son and stay in school. My friends’ lives are in chaos because of sex. Man, celibacy makes sense—no one’s life is disrupted. No one gets hurt. No one’s future is in jeopardy. Celibacy is the only way to go.

Then I meet blonde, beautiful Penny Nichols. She’s rebounding from an abusive relationship. We both feel abstinence and a bit of kissing are cool. What can go wrong? Well ... in one word—plenty!

14+ due to adult situations and sexuality

After Mom left, Penny and I played Scrabble and chess. I won at chess, but Penny killed me at Scrabble. Losing didn’t matter to us, though, because according to Penny’s rules, the loser had to give the winner a kiss after each game of chess and Scrabble.

I loved those rules, but finally we tired of playing games.

Sitting on the couch, we started watching a movie on TV and ended up making out, not paying any attention to the flick. I didn’t know how it happened, but we slid off the couch onto the floor, laughing, and rolling on top of each other.

As I lay on the floor on my back, Penny ended up straddling me, pinning my wrists to the floor on either side of my head. “This is dangerous,” she said. “You know that?” Lowering her lips to within an inch of mine, she teased me for a second. Then she kissed me and released my wrists.

I reached over for the TV remote, which had tumbled onto the floor with us, and punched the power button, turning off the TV, casting the living room into darkness but for the glow filtering through the curtains from the streetlight outside and the moon. “No lights,” I said.

Still on my back, Penny sitting on me, I pulled off my t-shirt. Penny unbuttoned her blouse and unhooked her bra. I reached out and grabbed a shawl off the couch to cover us. We lay side by side on the floor, warmly wrapped in each other’s arms, kissing frantically.

Eventually, I unbuttoned and unzipped her jeans. She did the same for me. We shoved them down. Kissing. Fingers … hands … lips … exploring. Heavy breathing. Blood pounding in my temples. Little moaning sounds creeping out of Penny’s throat. We had never gone this far with no one calling timeout. This was maddening.

A crashing at the front door jarred me to my knees, the shawl falling aside. I don’t know how long the racket had been going on. I’d been lost in another world—a warm, steamy world of moist kisses, powerful hugs, and feverish hands.

I leapt up and realized the crashing noise was someone pounding on the front door. I pulled my jeans up from around my knees and, aroused like I was, had a terrible time zipping and buttoning them.

Thumping to the foyer, I flipped on the porch light. I unlocked the door, swung it wide, and peered through the glass storm door into the watery, glassy, gray eyes of Arlie Ray Jones. I opened the storm door a crack. “What do you want?”

He took a breath, trying to collect himself. I supposed he expected to see Andrea, not me. A car idled at the curb, its headlights on. A driver waited for him. Arlie poked his head round the door, peering through the crack. “Where’s Andrea?”

The November wind whirled through the opening, hitting my bare chest, making me shiver. The wind also carried Arlie’s beer breath. “She’s not here,” I said.

“She’s gone for the evening.”

He pulled at the storm door, trying to open it wider, but I held firm. “Where is she?” he asked.

“I don’t know, and I don’t know when she’ll be back.” I thrust my face forward toward the opening between the storm door and the doorframe. “Get the hell off my porch!”

I slammed both doors in his face and flipped off the porch light. I turned on a light in the living room and watched at the window as the car sped away from the curb. When I turned to Penny, she was sitting on the floor, still naked to the waist, her curly hair falling down to her eyes, her face flushed.

“My sister’s ex-boyfriend,” I said. “The guy who doesn’t want to be a father.” I stared at Penny. “You’re beautiful,” I said. “Really beautiful.”

Even in the dim light I could see her eyes dip. Crossing her arms over her breasts, she said, “Thanks.” Then she asked, “Is he gone?”

“For now, at least. I better check on Isaac.”

Isaac slept in his crib, a night-light on, as if the rest of the world didn’t exist. I leaned in close, smelled to see if he needed a change and decided from his baby-powder scent everything was okay.

When I hurried back to the living room, Penny was standing, hooking her bra. Then she bent and snatched her shirt from the floor and tossed mine to me. “Is Isaac sleeping?” she asked.

She buttoned her blouse. “I knew this was dangerous. It’s time for me to go.”

“I got carried away for a second…”

“All right. Love you,” I said, as she lifted her coat from the back of the kitchen chair and picked her purse off the table.

Lately, before we parted, we always said “Love you” to each other. I liked that. It was something Deke should have tried.

After she left, I stood in the living room, feeling hollow inside, as if I’d been cheated. Had she felt the same way the night I called timeout at her house?

Maybe I should be feeling lucky we hadn’t gone further.

Voluntarily review A captivating read that will work it&#039;s way into you heart as the touching storyline unfolds opening up about your first time of having sex and all the feelings and anxiety that goes along with it! Well written and entertaining twists, edgy, intense, emotionally engrossing and hot sexy chemistry! An enjoyable must read!

I couldn’t put this book down, it was so fun to read. Charlie is really a hero because he cares about his girlfriend and not just being physical. The sexual tension is steamy throughout. I love Charlie’s honesty.

A Love Story by Jon Ripslinger