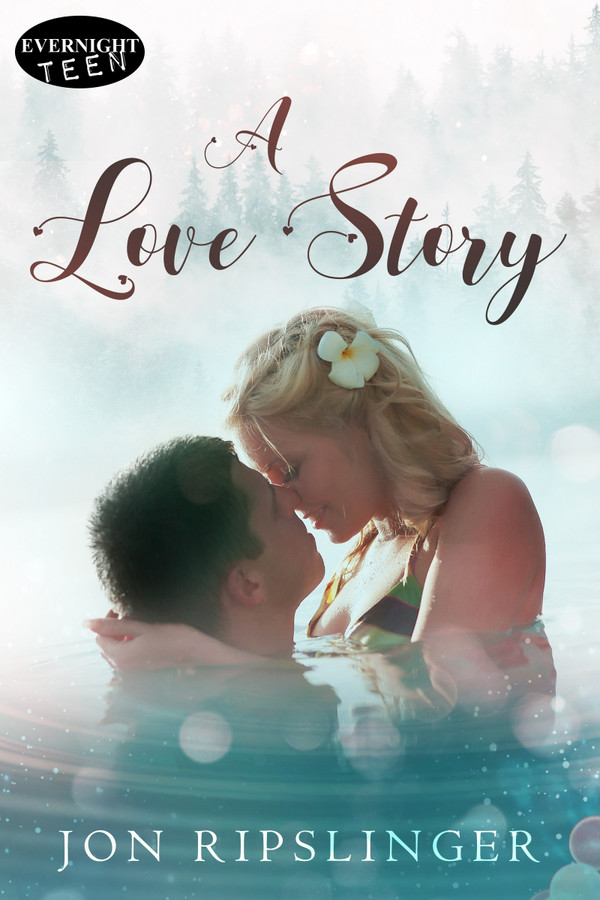 His name’s Michael Panther. He’s seventeen, and a legit high school football star with mega college dreams. But his life’s crumbling. His dad’s dying of cancer. He’s promised to make something of himself and not cause his mom any trouble.
Then he meets Jodi Jackson.
She’s blonde, feisty, unpredictable, and super hot. He ends up hopelessly in love, and all his college football ambitions and family promises come in jeopardy when she ends up pregnant. He suspects Jodi’s been with her former boyfriend, but she swears the baby’s his. They neglected safe sex—twice. DNA testing will reveal who’s the father of her baby, but Michael alone must decide which is more important: His commitment to college and football or his responsibilities to the girl he loves and her child—even if her child isn’t his. But the baby’s got to be his, right?

14+ due to adult situations, teen pregnancy, and sexuality

She traced a finger across my shoulder, and my skin tingled. “You’ve got a really nice tan. I love the little cleft in your chin.” She leaned forward and teased my lips with a butterfly-light kiss. “What are you thinking about?”

My heart knocking around in my chest, I slid the picnic basket aside. I wiggled closer to her and looped my arm around her neck. I drew her to me and kissed her softly parted mouth. She kissed me back—a lethal kiss for both of us. A zing of adrenaline shot through me. Did she know she made soft humming sounds when we kissed?

“I know where there’s a deer-hunter’s cabin in the woods,” she said, her eyes riveted on mine.

“Not smart.” Close like this, I noted the sprinkling of freckles across her nose and on her cheeks.

“Smart’s not how I’m feeling.” She reached out and stroked my cheek. Her seductive touch was fire.

“You sure you want to do this?” I asked, my heart knocking around again.

“Don’t you?” she asked softly.

When she said that, I forgot to breathe for a second. “Yes,” I said in a whisper. “But I don’t have a condom. I never expected...”

I blinked. I’m sure I looked confused. Three years ago, as a freshman in high school in Family Living class, I remember reading right along with girls about menstrual cycles and other stuff like fertile awareness and ovulation. The girls seemed to already know about everything, and I didn’t pay much attention. I figured when the time came all I’d need to know was how to roll on a condom, which our teacher Mrs. Dickerson demonstrated one day on a small banana, while students snickered almost uncontrollably, hands plastered over their mouths.

Now here I was with this beautiful, feisty girl who was into me, and I was without a condom. This was no laughing matter.

“We’re safe,” Jodi said again. “Nothing to worry about.”

She raised an eyebrow, as if to tell me she knew what she was talking about. I believed her. Who else but Jodi would know about her own body, right? Besides, she wanted to be an environmental biologist. She knew everything about plants and animals and insects and reproduction and all that stuff.

We made love in the musty cabin on the lower half of a set of squeaky, rickety bunk beds. Jodi wore a yellow t-shirt and matching shorts, a white bikini underneath. I wore a white t-shirt and cutoffs. She smelled of sunshine and lilacs and tasted of clean sweat. Her hair was soft and silky in my hands. At six-two, two hundred and five pounds, I had a tough time maneuvering on the bunk bed with Jodi. Luckily, she had no hang-ups about sex. She laughed and screamed, my heart thumped a million beats a second, and we both had fun. In fact, we worked so well together we did it twice.

After we had time to catch our breath and I realized what we’d done, the thought of not using a condom worried me a bit. I didn’t say anything, but Jodi seemed to sense my concern—feminine intuition, I guessed. She stroked my cheek and said, “Don’t worry, sweetie.”

She’d never called me that before. I loved it. Did she have any idea how indescribably wonderful she was? When she said, “This is definitely the safe time of the month,” I didn’t give condoms another thought. Being with her was the greatest thing that had happened to me in a long time.

Later, while Jodi and I sat on the dock where we’d tied the canoe, dangling our feet in the water, a guilty feeling overtook me. Had I used Jodi to escape the fact that cancer had a deadly grip on my dad, and I was watching him slowly die? I’d had no right to use Jodi like that. The last thing in the world I wanted to do was hurt her. Or maybe she was taking pity on me. A romp in a deer hunter’s cabin to help me forget for a while.

“Why so silent, Michael?”

Jodi jumped up, grabbed my sides, and started tickling me. I struggled to stand and catch her wrists. I caught one but lost my balance. Laughing, we tumbled backward into six feet of cool, blue lake water.

Everyone has secrets. The character development of Mac and Merci was incredibly well done. Both protagonists felt three dimensional to me. I cheered for them when they found success, shook my head when they made mistakes, and crossed my fingers when they struggled with things they didn’t understand the first time around. It was easy to become emotionally invested in them. Merci was a genuine sweetheart, and Mac’s hilariously snarky attitude soon revealed a kinder side to him that I desperately wished he’d feel safe enough to share with the world more often. There were some awesome plot twists in this book. Some of them caught me by total surprise, and even the ones I had inklings about ahead of time were still a great deal of fun to see play out. I appreciated the way the author played around with the audience’s expectations of what would happen next, especially when it came to the assumptions some of us made about what the characters would or wouldn’t do. It only made their journeys even more interesting as the plot showed us what actually happened and which parts of their lives they tried to keep hidden from other people. One of the other things I deeply enjoyed about this tale had to do with how the romance was handled. Mac and Merci were given plenty of time to get to know each other and to grow as human beings before the slightest hint of romance showed up in the storyline. That was the perfect way to handle a budding relationship between two people who didn’t appear to have much in common or like each other much at all in the beginning. I can’t recommend Perfect’s Overrated highly enough. It was lovely!

A Bit of Kissing by Jon Ripslinger