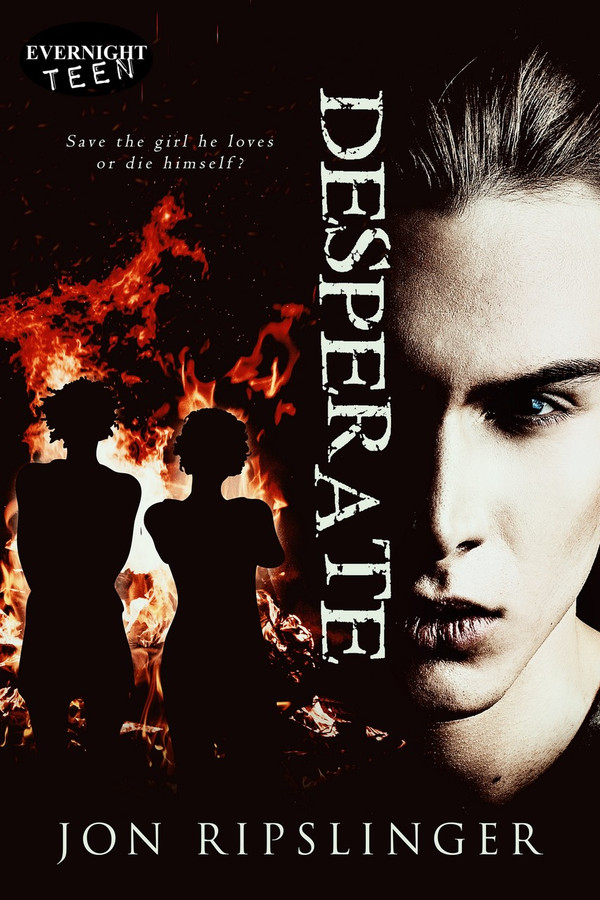 Eighteen-year-old Buddy McNeal has always finished last in the eyes of his parents. His mother deserted the family, divorcing his dad when Buddy was eleven. Buddy’s father, a wealthy real estate investor, is a big-time womanizer who no longer has time for him. As an all-state wide receiver, Buddy earns a college football scholarship and intends to prove to himself and his parents that he is somebody by becoming an all-America player in college, and eventually a million-dollar star in pro-football—recognized, admired, and loved by everyone.

In ninth grade, Buddy had a brief sexual encounter with the beautiful but mysterious Crystal Crowe, who promptly disappeared, only to return as a senior. They meet up again, and Buddy falls in love with her, but he quickly becomes embroiled in her unstable home life, including a lesbian love triangle. He follows Crystal down a path that leads them both into a horrific world of mayhem, and eventually murder: Buddy’s dreams for the future destroyed, his life forever changed.

I'm hunched on a metal chair in front of a battle-scarred wooden table, in the interrogation room of the tiny Lost Grove police station. My hands clutch each other on the table. My palms feel soggy, as if I need to wring them out. Sweat bubbles on my forehead.

The cops have brought me here from Mercy Hospital, where I'd been released after a week's stay because of a severe concussion, which resulted in a bit of confusion on my part and temporary memory loss. But I'm okay now … I think.

“Why protect this loony bitch?” the other cop asks—a pudgy, red-nosed guy of about fifty. Both are dressed in street clothes: dark slacks, short-sleeved white shirts open at the throat, silver badges hooked to their belts. They're standing over me, glaring. Vultures.

I thought cops were supposed to be friendly, especially if they wanted information from a witness, but these guys are scaring the crap out of me.

“You wouldn't understand,” I say.

“Are you dating her?” Red Nose asks. “Sleeping with her?”

Blood rushes to my face. I rub my forehead with my palm and drag my hand through my hair. “What difference does that make?”

“She's going to maybe land you in jail,” Muscle Cop says. “Aren't you at least smart enough to realize that?”

“It was an accident,” I say again, and wring my hands.

“Accident. Murder,” Red Nose says. “A jury will decide which one.”

“You could be looking at hard time,” Muscle Cop says. “Just like this witch you're protecting.”

“Why defend her?” Red Nose says, pacing in front of the one-way window, a four-foot by six-foot hunk of glass I can't see through. He halts, looks at me, and says, “Tell us what happened, Buddy. Christ. You were there. You know what happened. Most of it, anyway.”

He calls me buddy, not because I'm his buddy, but because it's my name. Buddy McNeal. He's seen it in the newspaper. I played football for the Kennedy High School Cougars.

Red Nose plunks his butt on the corner of the table and stares at me, his dark eyes flashing under bushy eyebrows.

The fingers of his right hand have wrapped themselves around a Styrofoam cup that he spits tobacco into. Levi Garrett. He dipped it after he shoved me into this chair twenty minutes ago. “Why don't you start way back from when you first met her?”

I lick my lips. They're dry and cracked.

Muscle Cop says, “Buddy, it's best you tell us what you know.” He sounds like maybe he's lightening up. “Right from the start,” he adds.

“You're eighteen,” Red Nose says. “If you had any part in this, you'll be tried as an adult.”

“You got a football scholarship to the University of Iowa?” Muscle Cop asks.

“There goes your college career,” he says. “Out the window before it starts.”

Maybe if I don't look at these guys, I can calm my pounding heart.

My eyes roam the walls and ceiling, as if I'm bird-watching.

“You're a vic, too,” Muscle Cop says, but I'm not looking at him. “Don't you realize that? A girl is dead—hell, you could've died. You got a pretty bad knock on the head, didn't you?”

Red Nose stands. I shrink back. He sets his spit-cup carefully on the table. Sweat's dripping from my armpits. “You listening to me, Buddy?” Red Nose grabs my T-shirt, twists, and shoves his face in front of mine. “Look at me!”

I grab the arms of my chair. I smell the Levi Garrett on his breath. “You guys take pride in being bad-ass cops?” I choke out the words.

“You want to know why we're so pissed?” Red Nose says. “A terrible thing was done to that girl, and your girlfriend was the ringleader!” His fist twists my T-shirt tighter under my chin. I try to swallow, but can't. His knuckles are jammed into my Adam's apple. “Sickening,” he says. “Horrible!”

“Fifteen years,” Red Nose says, “I worked a beat on the north side of Chicago before I came here—I never heard anything like this. You understand what I'm saying? I got a daughter myself. I'd kill any guy—or girl—who did something like that to her.”

Muscle Cop grabs him by the shoulder. “Frank, give Buddy a chance. I think maybe he's ready to tell us something.”

That's when I decide to tell them the whole story from the beginning, when I first met Crystal. Not that I want to tell the story, but I probably should for my own good. I swallow the jagged lump blocking my throat.  “Look, get this straight. Nobody intended to kill anybody.”

This book had me riveted throughout the entire story. I loved all of the characters and felt the author did a supreme job establishing high school aged characters. I felt the author did an amazing job with character development and storyline. I felt like I was instantly immersed in Buddy&#039;s life. The author did a wonderful job conveying accurate descriptions of relationships between parents and children. I loved how the author was able to really bring awareness to how parents actions towards their children can affect how the kids act, the things they do and who they become as adults. I aslo felt the author did a good job expressing how parents do not really know as much about what their children are really doing as they believe they know. I really enjoyed how the story was told, but the suspense of what exactly happened killed me...well maybe not me...anyways when I finally got to the chapters that reveled the whole story I was so engrossed nothing else mattered! I couldn&#039;t put this book down. I cannot believe how fast I flew through this book. Highly recommended read! Surely won&#039;t disappoint.

Just loved this story. In depicting of all the characters how desperate each and every one of them made you feel so heart warming . It made you wonder how many kids these days have to deal with the same loneliness. The lack of parenting, or situations that we don&#039;t really understand. Kids have to deal with troublesome situations. It made me be thankful for the realization that young kids need loving and caring parents to get them thought the troubles of the world. A great read from this Author. His best one yet. It would make a great MOVIE.

Desperate Times, Desperate Crimes. A desperate cry for attention. You can pick your friends, but you can&#039;t pick your parents. Young football star Buddy McNeal would like to change that, but when a chance meeting on a creek bank sets a future trainwreck in motion, he wished he&#039;d picked his friends a little more carefully. Feeling betrayed and neglected after his parents&#039; split, Buddy doesn&#039;t care much about anything, not even his promising football career. Crystal Crowe is a new girl at school, and describing her as coming from the wrong side of the tracks is an understatement. After a brief, eye-opening encounter, Crystal disappears until Buddy&#039;s senior year, just when his life is back on track. Helping a friend in need becomes an obsession for Buddy until the only kind of help Crystal wants may just get him killed. This is a marvelous and well-written coming of age tale wrapped in edge-of-your-seat suspense. Told in a series of flashbacks as the main character is interrogated by police, it evokes all the great moments of a classic Perry Mason mystery, revealing one shocking detail after another and keeping the reader hooked until the very end. The dialogue is wry and witty. The concerns, obstacles and temptations that contemporary young adults can face is vividly and entertainingly portrayed. We feel for Buddy even as he&#039;s making bad choices but in the end he shows true strength of character. We meet him as a disgruntled, naive teen but definitely leave him as a grown man. A desperately great read!

A Bit of Kissing by Jon Ripslinger

A Love Story by Jon Ripslinger