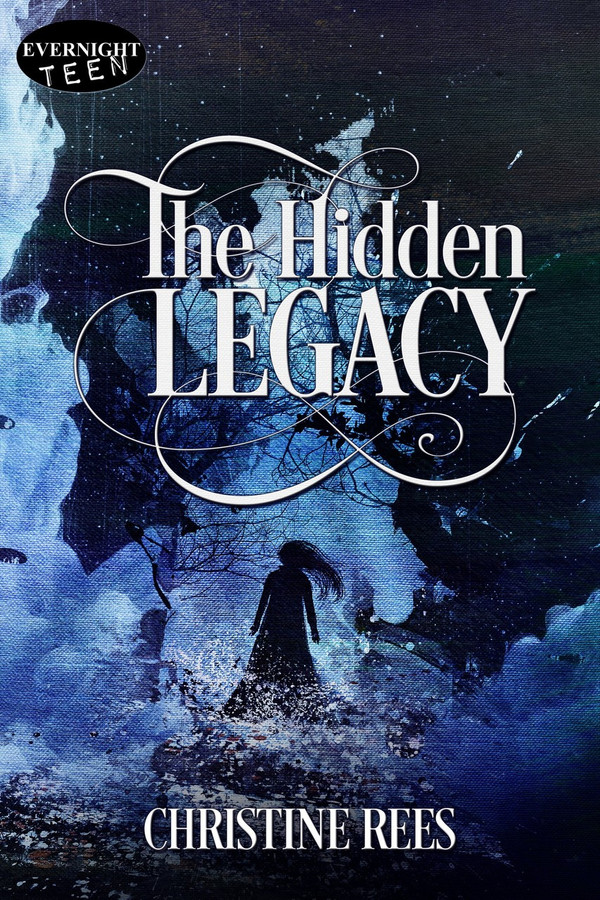 The curse of premonition follows Faye Lithyer, forcing her to witness death—over and over again.

When Faye moves in with her grandmother in Astoria, Oregon, her visions grow stronger. Faye watches a new friend fall victim to a murder in the not-so-distant future and becomes obsessed with preventing it from happening. However, Faye's insecurity has her undecided whether she should tell her friend about their impending death or hunt down the murderer before it's too late.

Faye will be faced with an epic choice that threatens to expose her abilities. Will she choose to save her friend from a monster or risk becoming one herself?

Unaware of my true surroundings, I felt my nails digging into the dirt. When my eyes adjusted I realized that I was on my hands and knees. Tears splattered the ground below me and my fingers were scratched from the rocks mixed in with the dirt. A few nails were broken too.

Visions stole energy from me and this one was worse than most. I was weak and nauseous from the sudden intrusion. I gripped my stomach to hold back the overwhelming need to vomit. After a few minutes the feeling subsided.

I looked up in recognition. This was where it was going to happen. That girl would be killed right here. I pulled myself up using the railing for support when I realized what this meant.

Never before had a premonition happened on the site of a murder. Until now.

Faye is in a new town. New home. New school. New everything. But Faye is not like other girls. She can see her friend’s death and she’s determined to stop that from happening. Will she be able to change the future? ​ I like Faye! I really related to her. Everything is awkward at that age then throw in going to a new town and premonitions! Poor girl. I also liked cocky Alec. He reminded me so much of Alec in Dark Angel played by Jensen Ackles. That’s where I first saw the actor and have been a big fan since. Okay, I may be a huge fan but not in a crazy way, lol. Anyway. Hidden Legacy has action, mystery and magic! The love story is complicated in a good way that I enjoyed. It is a bit predictable but I still really enjoyed reading through to the end. The complicated world the author created is really fascinating. That ending has definitely made me want to read the next book in the series. I need to read The Broken Rivalry. Luckily, it’s next on my list!

When sixteen-year-old Faye moves from Washington state to Oregon to live with her grandmother after her father’s death, she arrives with a heavy heart. She refuses to accept her father’s suicide. He loved life. Then there is the problem with school. Will kids at her new school label her a freak as her previous peers had? Her weird ability to foresee someone’s murder in a vision has only complicated and made her life miserable. Is it possible she could have a normal life please? Faye is surprised at how quickly she makes friends on her first day, but soon learns that her new friends are really just as freaky as she is. Each one has been born with a strange ability. One new friend, Rachel, is also the new murder victim in Faye’s most recent vision. Life gets complicated as the group comes to terms with who they are and Rachel’s fate. As more is uncovered about their families, Faye is even more convinced her father was murdered. Based on the fictional families that likely scattered after the Salem witch trials, fleeing burnings at stake, the author paints a vivid picture of what might have happened to modern day children of these families. Suspense, romance, mystery, and even a ghost story all tied into one. Editing of pronoun usage could have been better and the ending is abrupt (for my taste), but overall this was a powerful story told well with likable characters in a high school setting.

This book was amazing! I really enjoy novels based around mystery and the supernatural and you really managed to hit the nail on the head with this one. It was so enticing and the story had a perfect balance between anticipation and relief. I didn&#039;t want to put the book down! I found myself reading chapter after chapter and couldn&#039;t stop! I loved how you built the characters and made their stories flow and connect to help weev the web of the story. I would suggest to maybe go a little more in depth with character descriptions though. I do like to have a little free will with imagining the characters but I&#039;m a sucker for details. Another thing I really appreciated was the foreshadowing. You hinted towards the plot in such a way that it made me feel like I was only just realizing the truth at the same time as Faye and the others and I think that making the reader feel involved is key to writing a good book. Although some of the hinting made certain points pretty predictable, the ending still took me by surprise. I am personally a romance fanatic so I would have preferred a little more between Alec and Faye but in all honesty, the position you left their relationship at the end is a perfect basis for a sequel! I did find several grammatical errors but the book as a whole was very, very well written. I throughly enjoyed every page of this book and I would suggest it to anyone who likes mystery/supernatural/romance novels!

I really enjoyed reading this!! The story kept me wanting to keep reading and not put it down. I&#039;m excited to read the next one whenever it comes out!

I found this book kept me on my toes since the first page, and I&#039;m waiting for a second one!! The story is full of plot twists, fate, and magical wonders! Perfect for teens and up and a good distraction from everyday life. I got lost in this novel and I can&#039;t wait to get lost in another one of your adventures... cheers!

I loved this book! I was totally captivated by the story and the main character. I couldn&#039;t wait to turn each page to see where the author took me next. It took me out of my daily routine and into a new world where magic and possibilities and friendships were formed. Awesome book. Looking forward to the sequel!

Came across this new novel and was very impressed as I kept looking forward to each next page.