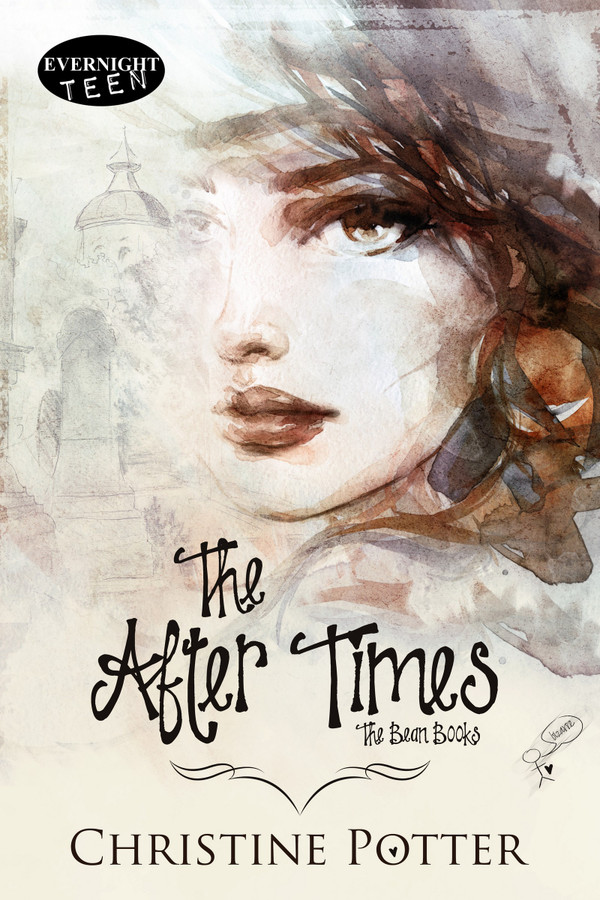 Spring, 2020: High school senior Gracie Ingraham hasn’t time traveled in ages. It’s crazy enough living through the scary first months of the Covid pandemic, going to school on Zoom, and being quarantined with your best friend Zoey—and your ex-boyfriend Dylan.

But suppose you start slipping into the past again in the middle of all that? Gracie’s mom and brother might be under the power of a demonic glass artist from the late 1980’s. And Dylan’s obviously still in love with Grace.

Cue the mysterious fires, the haunted stained glass, a pair of dangerous blue jeans—and a tornado! It’ll take the whole gang from The Bean Books to figure out if time travel means breaking quarantine—and to sort out the devils from the saints!

The moon woke me up. It had been almost full for a couple of nights, but tonight it was so bright you could actually see shadows. I sat up in bed and Maggie Cat, who had been sleeping next to me, made a little chirp and jumped down. My whole room was this insane silvery blue, and for a few minutes, it made me happy to see it like that.

Then I remembered everything: the pandemic, Dylan’s dad sick, Dylan in the apartment next door, the crazy stuff about Amp and Raday—and the conversation Zoey and I’d had with my brother. Worry flooded back into me, and even though it felt stupid doing it, I picked up the edge of the white, translucent curtain that hung over the window next to my bed—and sniffed it. Good. It absolutely had a smell: dust. It tickled my nose.

I choked back a sneeze and sat up in bed for a while, listening to the middle of the night in the Rectory. Houses have sounds that they make all by themselves: refrigerators going on and off, odd little creaks and bumps as wood expands or contracts with the temperature outside changing. Downstairs, the dishwasher was finishing its cycle; Claire usually set it to go off late so it wouldn’t bother us earlier in the evening. There was no traffic on Route 8E, not even one after-midnight car whooshing its way home.

I couldn’t get my mind to slow down. Why had I Traveled to see Amp and his friends going after a demon? Why had I seen my brother? And where was my mom, anyway? There was no way I was going back to sleep.

I pulled on a sweatshirt over my leggings and stuck my feet in my Uggs. Then I tiptoed downstairs without making any noise at all. I didn’t expect to run into anyone, but I grabbed a mask out of the basket by the door and wrapped its elastic around my wrist. That had gotten to be a habit.

Across the way, the windows in the parish hall were all dark. Dylan had to be asleep. For a couple of minutes, I sat on the back porch of the Rectory in the strange, bright moonlight, scrolling on my phone. But no one I knew outside of our pod was up, either.

So I let my curiosity lead me. I turned on my phone’s flashlight and walked back into the graveyard to where the party had been the night before—where Zoey and I had seen Amp as a college kid with his friends. Although the church’s groundskeepers had cleaned it up by now, the beer can I’d kicked that afternoon glinted in the moonlight under a bush.

And then the air changed, and I knew exactly why I was awake.

It was Mom, my real mom, the one who tried to save me from a nuclear war that never happened, the one who ended up sending me the better part of a lifetime into the future. She was why I’d walked into the cemetery—why I had just Traveled. See, that’s what I mean about getting called. It’s like someone or something is saying, Hey. Hey, Grace! Take a look at this!

It had been a cool spring night. Now it was the middle of a sultry summer afternoon. The sky was full of thick, grey clouds, and you could smell a thunderstorm on the way. There was a lot of bird song—almost as much as there is if you get up at dawn and hear it. Ever noticed how the birds get talking to each other before storms? I ducked behind a bush, even though I had a feeling that Mom couldn’t see me. And I slipped my mask on just in case.

Mom sat alone on the steps to one of the fancier mausoleums—a place with a door decorated in elaborate iron work. She had on a pair of jeans and a blue and green sleeveless turtleneck. And she seemed to be waiting for someone. Her salt and pepper hair was long—almost as long as mine. In her hand was a weird-looking sheet of a paper, folded in two. She ran a finger back and forth over the crease in the paper and stared into space. The wind kicked up a little and I could hear it in the trees.

After a few minutes, there were footsteps on the gravel path—a guy in a pair of cut-off jeans and a washed-out Hawaiian shirt. His hair was odd: dark and wavy, but rather short, parted on one side. It was the only tidy thing about him.

Mom stood up and beamed. “Jesse! There you are!”

“Alda!” The man in the cut-offs stopped at the base of the steps, and smiled back even more broadly. Then he actually bowed a little. Weird. Was he a boyfriend? I didn’t like that idea. He looked kind of … I don’t know. Sketchy, Zoey would say. He didn’t hug Mom or anything. I was glad of that.

Mom waved the piece of paper. “I got it.”

“Told ya you could,” said Jesse, and I noticed that the birds were had gotten quiet. There was a distant grumble of thunder. The paper trembled in the humid breeze. She walked down the steps and held it out to him.

And he grabbed it, almost lunged for it. Wait a minute—was it steaming a little? No—what I smelled was actual smoke. A tiny red spark dripped off the bottom of the paper, although there were no flames.

The After Times, Book 5 in the always-enchanting (sometimes horrifying) time-travelling “Bean” series, is finally here—and Christine Potter does NOT disappoint. Our current protagonist, Grace (often called Gracie by her peers) is eighteen years old in 2020, the year of the pandemic, and she’s got all of the problems most high school seniors have: an ex-boyfriend she can’t quite get out of her head, a pair of “sort-of, kind-of” parents who are, to say the least, quirky—and also a younger brother who may or may not be possessed by a demon. Okay, maybe not so normal after all. And, yeah, she has a habit of time-travelling either by accident or by some other entity’s design, so there’s that, too. Did I mention Grace actually comes from the year 1962 but has to adjust to our present reality? Then there are the exploding pants, but—wait. No major spoilers here. You’ll want to read this book yourself. Trust me. Time to haul the blackout cake from the oven, pour yourself some 1980’s Fresca, and settle in for one wild ride. If you’re new to the Bean books and have chosen to start with this one, Potter catches you up pretty quickly in the first chapter and then sets to reminding the reader of the realities of the pandemic in the days of the first lockdown. There’s quarantine, of course, the 20-second handwashing drill, the overgrown hair, the often-overwhelming sense that there’s “no such things as days of the week anymore.” But that doesn’t slow down the steadily mounting tension of the story to be told. Someone, or something, keeps calling Grace—and usually her friend Zoey, too—into increasingly dangerous (and fascinating) chapters of her town’s past. The question during Covid, naturally, is the threat of spreading the virus backwards through time. But somehow even more dire than that is the cloaked backstory of a horrible fire, a mystery buried behind stained glass, the constant threat of being sucked out of reality against her will and drawn into something even worse. The fantasy Potter lays out is spellbinding and yet firmly grounded in the real-world struggles we’ll never forget: the understaffed hospitals treating patients in the hallways, the seniors with no walk for graduation, the conversations over cellphones between people with a protective window between them. Yet Potter, somehow, never goes too far nor takes herself so seriously that the book stops being fun. “You don’t call off a date after counting down the days to it just because you got attacked by a demon” is typical Potter magic, a fresh breath of laughter following hot on the heels of a harrowing encounter I won’t ruin for you here. By the way, I’d be truly remiss if I didn’t mention the romance, the strength of which is down to the reader’s love for both Grace and Dylan as characters that will soon come to live as real people in your head. The After Times is, in summary, a triumphant blend of fantasy and romance carefully tempered by the very real scourge of 2020. That kind of balance is rare in today’s fiction, but Christine Potter here again proves that she is no ordinary storyteller.