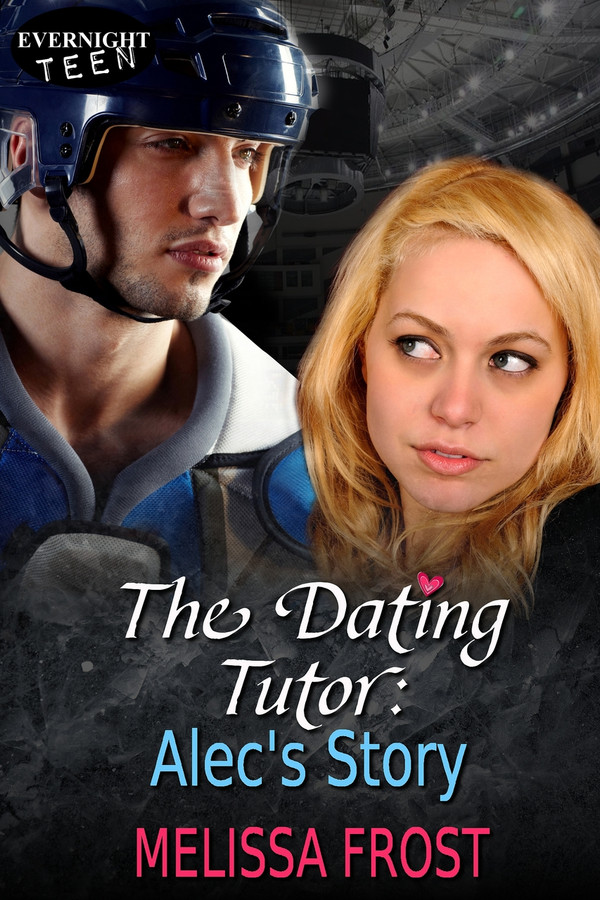 Alec Horner’s life was never simple. Between dealing with an alcoholic father and worrying about the continuation of his education, he has more than a few concerns. The complications continue to mount when his neighbor and best friend, Ellie Harper, asks him to tutor her in the art of dating.

The alternately humorous and frustrating task takes a new turn when Alec starts to realize his feelings for the girl next door suddenly expand beyond that of a mere friend. Coaching her is a torturous delight. He wants her and revels in each moment, yet he knows her efforts are aimed toward the goal of seducing another boy. Can this gruff hockey player convince his sweet and innocent best friend that the two of them might have a future together?

14+ due to sexuality and adult situation

“What is up with you recently, man?” Matt asked as he stood with his elbow propped up on his hockey stick while he and Alec waited their turn for one final practice shot before their game.

Alec glanced over at him after watching the shot of one of his fellow defensive players go wide of the net. “What do you mean?”

“What do I mean?” Matt snorted and moved up a place in line. “You’ve been moody going on a week now. And I feel like you’re barely registering anything around you. Mario Lemieux could walk out onto the ice, and you’d barely notice. It’s like you’re in your own fantasy world.”

“Trust me,” Alec said with a grin at the mention of one of hockey’s finest players in all of history. “I would notice Lemieux.”

Matt rolled his eyes. “Okay, maybe that was a bad example, but you get what I’m saying. Something’s going on with you. I don’t like it.”

As another one of their teammates completed his shot, both boys scooted up in line. Alec took that time to collect his thoughts. He hadn’t realized his displeasure over the whole Ellie situation had been that obvious. He was going to have to work on that. “Nothing is going on. I’m just…worried about that college application.” Okay, at least that was true.

This finally drew Alec’s attention away from the mock-shootout. “She told you about that?”

Matt nodded in affirmation. “She did. Said you turned her down because of some other girl.”

Alec grunted in response and turned his attention to the shootout as if it demanded his immediate attention. “I didn’t want to hurt her feelings is all.” Apparently, Shannon hadn’t wasted any time in cozying up to Matt, nor had his friend shied away from discussing him with her.

“I think you weren’t just sparing her feelings,” Matt argued. “I think this all has to do with that neighbor girl of yours. She’s gotten into your head. Bad.”

“She has not.” Alec was relieved it was his turn to take a shot on goal, so he could get away from Matt’s accusations. When Coach Grimmly passed him the puck, he took a rough shot at the net. His shot was made with aggravation and very little precision. It went flying wildly up into the netting.

Spinning back to Matt, he snapped, “My issues have nothing to do with Ellie. Just drop it.” With that, he made his way over to the outside of his team’s bench to await the start of the game.

Alec' s story was much better than the original. Because I had already read the first, the outcome wasn't a surprise but the journey was a joy. Ellie' s version wasn't bad but it was short and it lacked story and character development. Alec' s story was still short but had the benefit of coming second so the extra insight it provided was that much more we got to learn about Alec and Ellie. And the new information was worth the read. Alec's reactions and thoughts and the way he viewed Ellie were fun and sweet. The end from his POV was that much more romantic knowing how they both felt and the added material at the end was a real treat. Alone, the two stories are perhaps a bit lacking but together they are good entertainment.

I loved the first one, and this one is just as good. The point of view shifts to Alec, the other half of the main duo. You get a chance to see what he's thinking and see what goes on in his life when he wasn't around Ellie in the original. Some interesting stuff worth reading. A+

I loved the first one, and this one is just as good. The point of view shifts to Alec, the other half of the main duo. You get a chance to see what he's thinking and see what goes on in his life when he wasn't around Ellie in the original. Some interesting stuff worth reading. A+