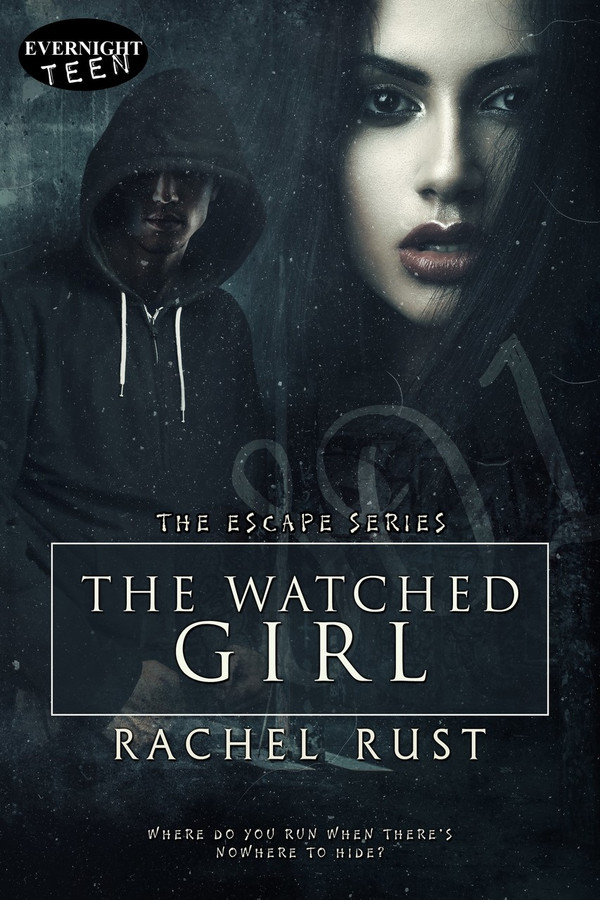 Where do you run when there’s nowhere to hide?

After barely surviving a dangerous school project, Natalie Mancini is relieved to have her normal life back. Until she’s terrorized by a vengeful associate of the drug trafficker she helped arrest.

Along with Eddie and the FBI, Natalie fights to save herself from an opponent more powerful than the last. But outrunning the watchful eyes of her new enemy may prove impossible.

Natalie and Eddie grow close as they struggle to escape danger once again. And details begin to surface about why they were put together for their school assignment. Was their pairing more than just coincidence?

“Finally, we meet, Miss Mancini,” a man said. His voice was gravelly, with an Eastern European accent. Maybe Russian. “I’ve been waiting for this moment for a very long time.”

A chill ran down my spine. What did he mean he had been waiting for a very long time? Waiting to meet me? “Who are you?” I asked, my throat dry from hours of silence.

A hand landed on my leg and I jerked it back.

The man laughed. “I do not think she likes me.” The thickness of his accent was strong, dripping off each deliberate syllable.

“Now, now,” the man said. “No need for name calling.” He patted my leg again, but I couldn’t pull back any farther. “She is scared, and she is a fighter. Nothing wrong with that.”

“Well,” the man said with a heavy sigh. “You and your FBI friend have made quite a mess for me. You see, I had been expecting a large delivery from a man you know as The Barber … a shipment, we shall call it. And after he was apprehended by your FBI friend, the merchandise did not arrive, and I found myself out quite a bit of money.”

I stayed quiet, unsure what words would be helpful or harmful in that moment. I should’ve known that The Barber hadn’t been working alone. After I had helped Eddie arrest him, his sudden absence in the criminal underworld of trafficking had apparently sent out a ripple. And now one big wave was crouched down right in front of me.

The man ran a hand up my arm, breaking my skin out into goosebumps despite the muggy air. “But you are going to help me get some of my money back. A man is going to come visit you real soon.” His hand grabbed my chin, raising my head up. I couldn’t see him through the pillowcase, but I felt the heat of his breath against my face. “And when he comes for you, you are going to be a good girl, yes?” He paused, as though waiting for an affirmation from me that I was going to be a willing player in his sick little game.

He jerked my face up higher. “You are and you’re going to be a good girl because this man has paid a lot of money for you.”

And with those words, my worst fears were confirmed. I had been sold. Whoever this man was with the thick accent and his fingers grasped onto my chin, I was nothing more than a commodity to him. I had taken away his ‘business’ when Eddie and I had busted The Barber. And now I was pay back. My body was pay back.

You know how usually the second of most series sucks? Well not this one. Rust has done it again. With solidly built characters and action that just doesn't seem to quit. "The Watched Girl" kept me on the edge of my seat and reading the whole night until it was over. Can't wait to see what happens in the next book!

Uncaged Book Reviews This book picks up soon after the events in book one, and it starts out with a major bang. You are thrust into the action within the first few chapters, and Natalie is back into the thick of it. If you thought the first book was fast paced, this one does it justice. The sophomore slump is nowhere to be seen. Natalie is kidnapped in broad daylight, and Eddie is MIA. Smacked around, and taped up, she’s too be sold to a human trafficker – whose lost a lot of money from Natalie and Eddie’s interference in book one. But the bad guys aren’t the only ones that have been watching Natalie, the FBI has been keeping tabs on her also. If you like a fast paced storyline that keeps you on the edge of your seat and turning the pages – this set is highly recommended. The intrigue, the betrayals, and even the romance get a jumpstart in this one. As good or better than Or the Girl Dies, all I can say to Ms. Rust, is write faster please. Reviewed by Cyrene

This is the second book of the series and I received this book in exchange for an honest review. Natalie is at it, trouble seems to find her no matter where she goes. Natalie calls Eddie when she finds a package of photos of her and him. Little does she know that another drug dealer is after her and Eddie. Natalie and Eddie get closer in this book and I like how their relationship is developing. Poor Natalie gets kidnapped multiple times in this book. You see Natalie, grow homesick at times and you see how close she is with her dad. This book ended with a cliffhanger and I am wondering how it will all connect there was hint that there is a huge story behind these two books. I can’t wait to find out what it is either! Book Blurb: Where do you run when there’s nowhere to hide? After barely surviving a dangerous school project, Natalie Mancini is relieved to have her normal life back. Until she’s terrorized by a vengeful associate of the drug trafficker she helped arrest. Along with Eddie and the FBI, Natalie fights to save herself from an opponent more powerful than the last. But outrunning the watchful eyes of her new enemy may prove impossible. Natalie and Eddie grow close as they struggle to escape danger once again. And details begin to surface about why they were put together for their school assignment. Was their pairing more than just coincidence?

All Kinds of Bad by Rachel Rust

Or the Girl Dies by Rachel Rust