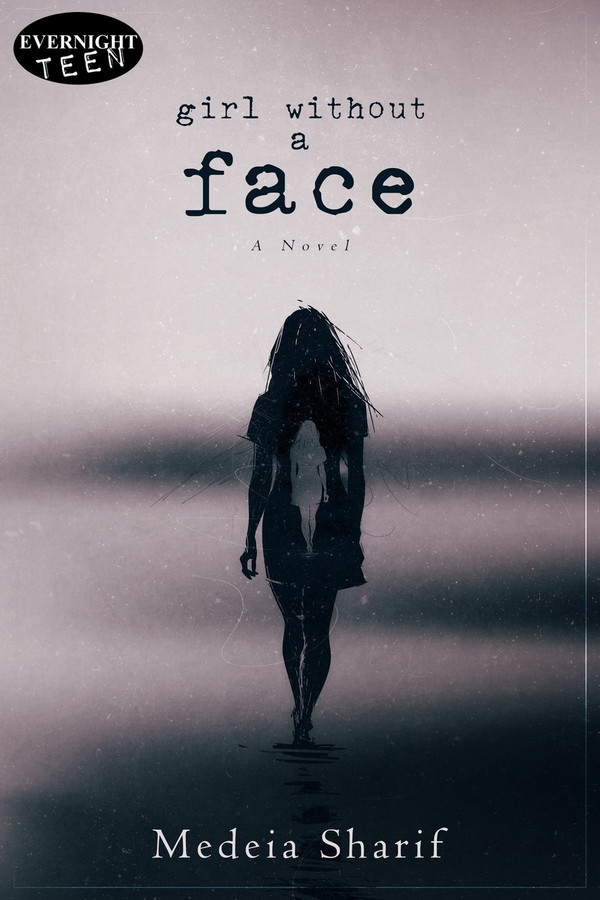 Destiny awakes with amnesia. She'd been driving on a wet road, about to leave flowers at a memorial marker of a deceased classmate, when she almost met that same fate.

Her mother, Mildred, is beyond restrictive, and she doesn’t want Destiny to have her cellphone back. A nurse sneaks it into her room, but it’s useless without the passcode. After her hospital stay, her mother becomes physically abusive.

Destiny and Gabriel, the boy she’s developing feelings for, decide to drive around to jog her memory. She’s positive she crashed near a memorial marker. When they find the place in question, and when Destiny remembers her phone’s passcode, nothing is as it seems—and Mildred is crazier than she thought.

Going to library, see you later

I’m a responsible person—when I want to be—letting my parents know where I am. At a red light, my purse falls down. I curse, unbuckling my seatbelt to pull it up. Since my air conditioning is broken, the windows fog up and it’s hard to see. I roll down the window.

The condensation is relentless, so I pull a beach towel from the backseat and wipe the windshield. Now that I see better, I speed up. The red eyes of brake lights glare at me. Other drivers honk if I go around them, middle fingers are raised, and curse words drift out of open windows. I have things to do and everyone better get out of my way. Anger simmers in me, but I squash it down. This is the new me. The old me was angry all the time, which got me nowhere. It also hurt others. I regret doing the rotten things I’ve done.

When I turn on a quiet road, I speed up. The road is full of houses flashing Christmas decorations: an inflated Santa, a floppy Santa on an artificial chimney, and plenty of lights around doorways, fences, and palm trees.

It continues to pour, but no one is blocking my way with their annoying brake lights. The sky has become darker, as if Mother Nature flipped a switch. I hit the pedal some more. I’m a few blocks from Atlantic and a library that’s right before it, and I see cars are clogging the entire intersection. I groan.

A closed gas station with the store gutted and construction vehicles in front of it come into sight. Since this is a shortcut, none of this is very familiar, although I have a sensation that I’ve driven around here before. Or it could be the effect of the rain. Every wet road looks the same just about now.

The rain finally lets up, going from heavy, to a drizzle, to none at all, and I sigh. On my right, opposite of the gas station, is an empty lot with a real estate sign. The grass is wild and overgrown. There’s also one of those lollipop-shaped memorial markers next to a tree stump. It’s on the swale of the lot with a garland of pink flowers around it.

A streetlight shines on it as if it were a spotlight. I slow down, lean forward, and strain my eyes to read the name on the marker. Someone died in a car crash on this spot and I’m curious to see if it’s for the person I bought the flowers for—even though this is the last place on my list to visit, with the address written on a sticky note that’s inside my wallet. This could be the spot. If it is, I can park here, place the flowers by the marker to pay my respects, and leave.

The lettering is small. The pink flowers are bright and beautiful against a bland landscape. Their frilly petals are feminine when everything around it—gas station, construction signs, pipes, and cinder blocks—is hard and ugly. My gaze roves around the flowers and letters. I slow down some more.

I read the name aloud. “D—” I begin pronouncing the name and am cut short at the first syllable. My foot, which was off the accelerator, twitches back onto it and without meaning to, I’m speeding forward. My car skids and spins. I clutch the steering wheel. The tires screech and a scream is caught in my throat. Then I let it loose.

“Ahhhhh!” My scream is primal, forced from my lungs … no, even deeper … from my abdomen… The sound wrenches out of my mouth and into oblivion as the world becomes black.

I received a mobi.file copy of this book from the author through a giveaway she had on LibraryThing and the following is my honest opinion. Like other readers I found the storyline somewhat predictable. However, as I sat thinking about what to write for my review, for some reason I couldn’t help but think about the television series, “Columbo.” If you’ve watched this program you’ll there is always some murder Detective Columbo must solve. You should also remember right at the start of each program we witness the murder taking place and know basically know who the murderer is. For the rest of the program until Columbo nabs the murderer face to face, we watch transpires through his eyes [point of view.] Like Columbo, the best way to enjoy this book is not to read the storyline as someone who has knowledge of what’s happening elsewhere in the story; you need to read this book as if you are in Destiny’s shoes. You need to see what she sees, you need to feel the physical abuse her mother is doing to her. Like Destiny, for the first time in your life, you’re actually developing feelings for a boy. The major problem you’re facing is that you’ve been in an accident and are now suffering from amnesia and you don’t know why you’re in the hospital, or even who you are. All you have are dreams, the pieces of which, you’ve been unable to piece together. While personally you might be able to surmise what’s going to happen next reading from a view overhead, reading the story through Destiny’s eyes you’ll find the author’s skill in coming up with unsuspecting twists. Reading this book through the eyes of its protagonist, I can’t help but give this book 5 STARS.

Girl Without a Face is my favorite kind of thriller: the kind that keeps you guessing until the end! At the beginning of the book, Destiny gets into a car accident that leads to amnesia. Over the course of the book, though, we begin to see that some ominous clues and we start to realize things aren&#039;t as they seem. It just takes Destiny a little longer to realize it. A riveting read no matter what age you are.

Some Goodreads reviewers have panned this book because they figured out what was going on way too early in the game. So did I, but I say... so what? Guessing what&#039;s going on isn&#039;t the same thing as knowing the background as to why it&#039;s happening or how it&#039;s going to resolve, and for me, the primary beauty of this book lies in the way it shows young people the domino effects of one youngster&#039;s actions. Like any good book for young readers, it does so in an entertaining way without being preachy. And it&#039;s about change, strength and redemption. What&#039;s not to like? This is a book I&#039;d be happy for any of my YA grandchildren to read. Four and a half stars.

The teen years are tough. Sometimes a teen does things that later she/he regrets. But what if a person cannot remember who they are? What if they keep having disturbing dreams about why they are in the hospital and then go home with their mother, where more questions arise? Why does their mother seem so strange? These are questions that teenager Destiny Mathieu faces. What can I say? Medeia Sharif has done it again with her latest novel Girl Without a Face. Ms. Sharif is a master at mystery and keeping her readers guessing what will happen next. At first Destiny doesn’t know who she is. She has dreams of an accident in the rain and her car burning. She doesn’t remember. In her dreams she follows some girls at school, one of them faceless. She thinks she might be one of the girls. She doesn’t know. And when she’s awake she can’t remember the past. And she suspects that her mother is keeping secrets from her. I don’t want to give away anything, so all I can say is you really ought to read Girl Without a Face. Just when I thought I had figured out what would happen, the author added a neat twist that I never saw coming. Sometimes people are not who we think they are. And that’s all I’m saying, except you really want to read this book. ###

I couldn&#039;t put this down. A great immersive read. Very well written

Right from the start there is this feeling that something isn&#039;t right. And then it becomes clearer with every chapter, that Destiny&#039;s mother has problems. More and serious problems than the car accident her daughter was in and is in the hospital for. And the same is to say for Destiny herself. She is pretty banged up and can&#039;t remember anything about her life before the accident. When her mother does whatever it takes to keep her in the house, hidden away from neighbors, friends and family, Destiny starts to rebel and suddenly her life is in danger. I read this book in one sitting, couldn&#039;t put it down. This eerie feeling that something is wrong, but nothing is making sense - it was there from the first chapter and held throughout the whole book. All I wanted to do, was to shake the mother and help Gabriel to get the girl out of the house and away from the crazy woman. &quot;Girl Without a Face&quot; was a great read and I enjoyed it a lot. If you like books about troubled teens, grieving parents and hope - this is a book you want to read. I chose to read this book and all opinions in this review are my own and completely unbiased. Thank you, NetGalley and Evernight Teen!

A Love that Disturbs by Medeia Sharif

The Watched Girl by Rachel Rust