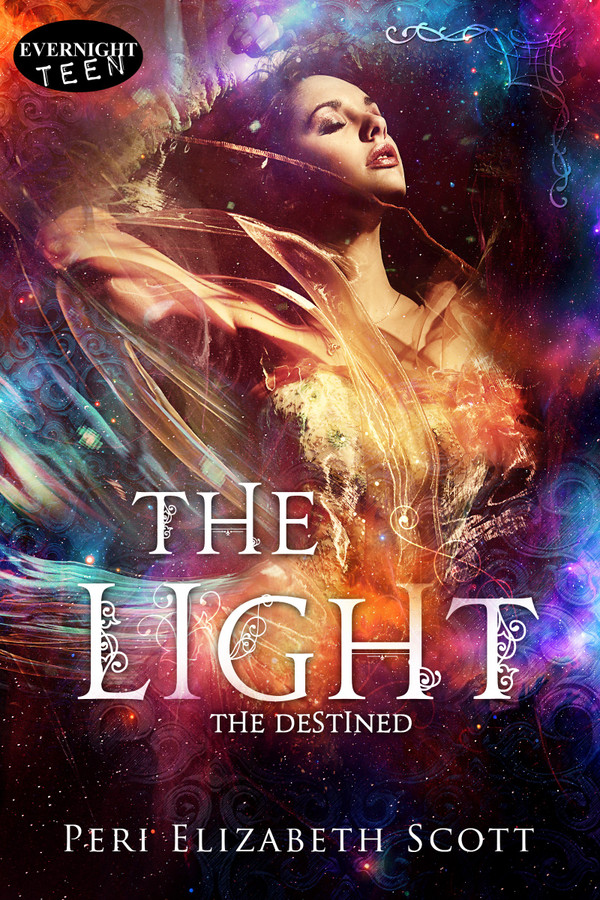 India Powell doesn’t know what made her hit the road a day after her eighteenth birthday. Maybe it's the fact she has aged out of foster care and has no ties. Whatever is driving her remains nameless until she is stranded in a small desert village where she meets Elijah. The arrogant prophet informs her she is one of a few chosen young women, a Destined, called to fight the Dark.

Conscripted, she is trained by four immortal warriors who have their own story to tell—a story she is fascinated by when she isn’t scoffing at her own destiny and seeking a way out. Without finding one, she resigns herself to battling the minions of the Dark, doubting she has the ability.

But events in India’s life have consistently derailed, and why would this be any different?

Time passed, and she had the feeling they were heading deeper into the desert and far away from anything close to civilization. It hit home that she wasn’t escaping this. Her steps faltered, and she tripped.

Gieselman caught her before she ate sand, and as if he had eyes in the back of his head, Burke made a left turn and loped back. “What happened?”

“She was asking about us and got to thinking,” Gieselman offered.

Shaking him off, she fixed him with her best glare. “I wasn’t thinking about you at all. You don’t wanna share, you don’t. All business. Fine. It doesn’t matter.”

After a moment, Burke leaned down and stared in her face. “I’ll answer your questions when we reach base camp. Deal?”

He didn’t get it. “I told you. It doesn’t matter. I just realized I’m not getting out of this.” Even given her earlier thoughts of not dying, it was all she could do not to add alive. “So let’s just get on with it.”

His dark eyes softened, and she steeled herself against any platitudes. She’d been in overwhelming situations before. Maybe not as bizarre, but certainly ones not conducive to her well-being. She pushed off again, skirting Burke, hoping she was going in the right direction and wouldn’t have to backtrack.

Her heart rate kicked up, and the blood pounded in her temples as she got up to speed, feeling rather than seeing the men around her matching her steps. She pushed away any intruding thoughts and concentrated on her best form, waiting for the runner’s high to hit.

Soon, she was in the zone. Nothing around her registered as her feet beat on the earth, and her knees absorbed the shock. Leg muscles and tendons stretched and powered her ahead. She gained a steady, mile-crushing pace and settled into it as all the stress fell away.

Lost in endorphins as she was, she still registered a certain … thrum in her chest, upping the sensation of well-being, increasing her velocity until she … What the…? Terror struck, a scream lodging in her throat as she fought to come down and regain control before she flew apart.

Masculine voices broke through the trembling fog that seized her brain, and hard arms banded around her torso. Blindly, she kicked out, connecting with more hard flesh. She threw her head back and was rewarded with a resonating crunch, accompanied by as foul a curse as she’d ever heard, and the arms loosened just enough…

She wrenched free and launched herself away, losing her balance but turning a fall into a diving roll, then springing up. Mad skills, baby. Her vision cleared and sharpened exponentially in the next breath as she rebounded to her feet, taking in the scent of the desert air with whooping breaths. And was off—to anywhere.

How I Dumped My Demon by Elizabeth M. Darcy

An Absence of Light by Meradeth Houston