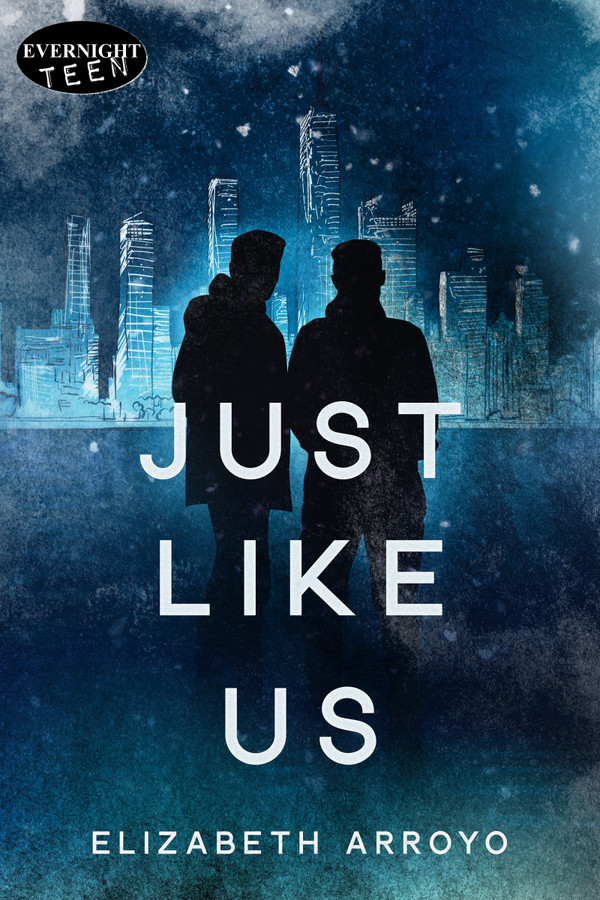 Seventeen-year-old Luca has a credit card, a gun, and an ugly pink suitcase on its last legs—he also has a plan. He'll hold Danny's credit card for ransom and use the money to get out of the city, return the gun to its rightful owner and hope he doesn’t notice the missing bullet, and keep the ugly suitcase from getting stolen. Again. And don't fall for Danny.

Stranded in the city, Danny has no choice but to accept Luca's help. Though extortion is a more accurate word. Roaming the snowy city streets on Christmas together, Danny learns that there's more to Luca than the cold, homeless boy holding his credit card hostage.

When Luca's crew catches up to them, Danny finds himself at the wrong place at the wrong time and manages to avoid getting shot. But the life-altering experience leaves him questioning everything he’s hidden behind his heart, including the fact that he likes boys—Luca in particular. Done hiding that fact from God and his father, Danny finds the courage to stand up for himself and opens his heart to Luca.

Now all they have to do is survive the night.

14+ due to sexuality, violence, and adult situations

I had a million questions I wanted to ask Luca. Like what did the note say? What did he plan on doing? Was he really going to head out to Texas to be with someone that could be dangerous? All of this left a bad taste in my mouth. But I said nothing as we trudged our way somewhere through the snow, which had picked up again.

I hated snow. Snow should be sucked into the lower abyss of hell. I couldn’t see more than a few paces in front of me. The wind cut deep. Walking ahead of Luca, I felt him grip the back of my coat and pull me left. I would’ve missed the turn back to the train station had he not led me in the right direction. I appreciated him stealing those cards back in the shelter. We would’ve been screwed otherwise.

The temperature change felt immediate as we entered through the turnstiles. At least it was underground and out of the snow. I shook myself off and followed him. My pink bag dragged behind him. The place was pretty much empty on Christmas.

“We go to the store, buy you a charger for your phone. Then you call your dad and ask for his address. Then you pay me. Easy.”

“Then what are you going to do? Are you really going to look for your grandfather?”

He rubbed his chin. Unlike me, he had stubble. “I have to find Cy. He’s in Austin, so it’s a no-brainer.”

“You sent Cy to the same city as your grandfather?”

Luca wrapped his arms around his torso and shifted on his feet, trying for warmth. “Yeah, so?”

“What’s so special about Cy?” Did I sound jealous? The look on Luca’s face said I sounded jealous. But I wasn’t into dudes, so I shouldn’t be jealous. I wasn’t gay or queer. I wasn’t.

“I wouldn’t expect you to understand.”

I almost forgot what we were talking about. The thought of being gay had me looking at his lips. They were dry and full. He licked them and a glaze of moisture made them gleam. I looked away, forcing my brain to pay attention to the actual conversation going on outside my head. He didn’t expect me to understand. “Why? Because I’m nothing like you,” I said because I wasn’t anything like him.

“You don’t know shit about me. Leave it at that.”

I snorted. “That’s just something people say when they don’t want to hear the truth. I think I know you plenty.”

Okay. Sure. I could profile him. “You had a shitty childhood, shitty luck, and now you’re a shitty person. Only you have this niggling in your head.” I tapped my own head for reference in case he didn’t get it. “You need to save as many as you can from the sinking ship before you sink yourself. Only now, everyone’s playing by a different orchestra, and you find yourself sinking alone and you just can’t have that. So let’s be an ass to the idiot new homeless kid, steal his money because he’s an idiot, and forget about him as soon as you ‘save’ him like you try to save everyone else. Am I close?”

“Dude,” he said, glaring now. “You’re not even on the same planet.” He shoved his hands into his pockets. “That shit didn’t even make a lick of sense.”

I opened my mouth, then shut it. Okay, maybe it made more sense in my head. “My point is that you seem to think I’m something I’m not. So, whatever.” The train slid into the station. “And your plan to get me home may have a gaping hole in it.” The doors sprang open, and we slipped inside. Per usual, taking our own row. It started off again.

“I might have left my phone with Rocco at the shelter.”

The look he gave me was one my mom had given me when I’d forgotten the milk and bought eggs instead, because although we’d needed eggs, I’d originally went to the store to get milk.

The Light by Peri Elizabeth Scott