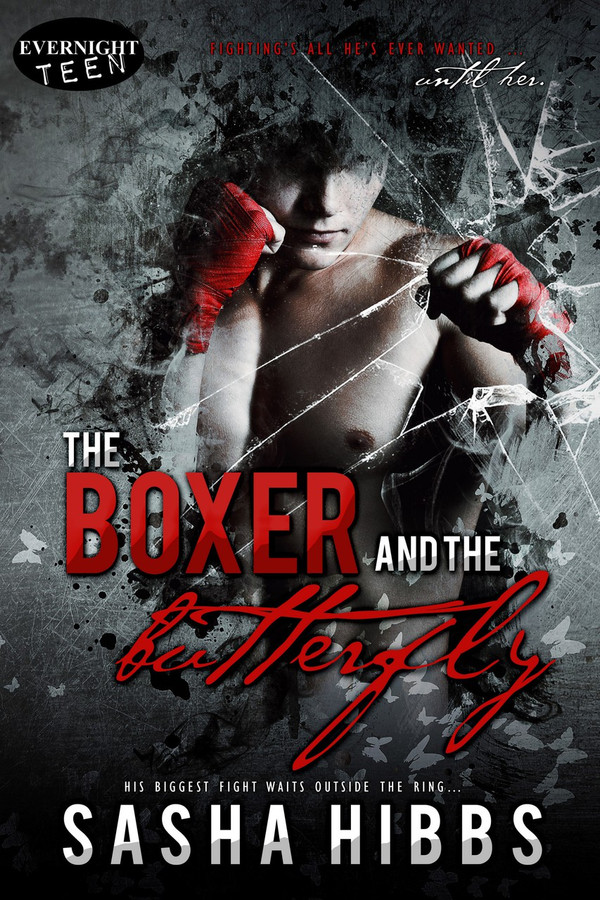 Fighting's all he ever wanted...until her.

Autumn Chamberlain has everything: a rich family, connections, and a perfect GPA. Autumn’s satisfied being the perfect daughter until she engages in a game of dare and loses.

Her punishment for destroying school property? Tell her parents and face the consequences or tutor bad boy, Mickey Costello. The problem? He’s the principal’s nephew and has more demons than Autumn could’ve ever imagined.

Living life on the edge, Mickey’s everything she isn’t. Once tutoring begins, he shows her a world where everything that glitters isn’t gold. As their attraction grows, long buried secrets resurface. Inside the ring Mickey’s never lost a fight, but when tragedies come back to haunt him, he’ll have to conquer past sins, guilt, and a hate crime that pushes them both to the edge. Can Mickey fight his way through his troubled past to have a future with Autumn or will the truth shatter them both forever?

Again they danced. I thought of Mickey’s training, his rhythmic sliding in and out of the maze of ropes as though the lines where projected onto the ring from my mind’s eye. As I watched Devin and Leo, I tried to assess where their skill stacked up against Mickey’s.

Devin was large, but he was predictable. Leo, on the other hand, was unassuming. He watched Devin as a predator would its prey, waiting patiently for the right opportunity to present itself. What worried me about the facts I was gathering, was Leo’s techniques reminded me of Mickey’s. His stealth, his patience, making every hit count, those were Mickey’s trademarks. The problem—Leo was five years older than Mickey. He had age and experience on his side. All Mickey had was the weight of his family’s financial burdens.

The fight lasted five rounds. In the end I realized that Leo was only entertaining the audience and toying with Devin. He knocked him out in one hard uppercut that split Devin’s left temple above his eye. The blood spattered across the beige mat reminded me of a Pollock painting.

The sight made me sick. Watching Leo, I could swear for a brief moment that he caught my gaze. There was something cold and unfeeling in his eyes that unnerved me. All I could think of was Mickey laying where Devin did. I felt hot, like I couldn’t breathe, as though the room was closing in on me.

He looked down at me, and I could see him, but he was blurry. The room was fading, the noise diminishing even though I knew it was going on around me. I had to get out of there.

I didn’t wait for Daniel or Mickey. I jetted from there and waited until I felt the gravel of the parking lot underneath my feet, before I started dry heaving. I had nothing in my stomach but cramps and nausea. I wiped my mouth off, trying to let the frigid winter air cool me down. I walked to Daniel’s truck, but before I got there, Mickey caught up to me.

“Hey. Are you okay?” Mickey asked as he gently grabbed my elbow.

“No, Mickey. I am definitely not okay. Did you see what happened in there?”

I gave him an incredulous look.

“Please tell me, after that, you are not seriously contemplating fighting that guy,” I said, knots reforming in my stomach.

“Autumn, I’ve been doing this for a couple of years. I came tonight to see what I was up against. I have to fight him,” Mickey said. “And now I know how to.”

“Maybe you’re punch-drunk, Mickey. Did you not see the same fight I just did? Devin is twice Leo’s size. By all logic, he should’ve won and Leo knocked him out. Do you understand what that means? Knockouts lead to—”

“Loss of brain tissue, can potentially lead to traumatic brain injuries, mood changes. Yes, Autumn, I am aware of the consequences.” Mickey pulled me into his arms.

I was trying not to hyperventilate. I was only beginning to digest how serious boxing was, especially shady underground illegal matches where the same rules didn’t apply. And I didn’t want Mickey to be part of it.

“You’re so smart, Mickey. Too smart to be doing this. You have no formal training, no coach, nothing. You have nobody to protect you from someone like Leo. Don’t fight him. Please don’t let fighting take away what makes you you,” I said, hot tears pooling in my eyes.

He stroked my hair as he listened to all my fears, like holding me would somehow erase all the awful images I’d just been subjected to. I vented about how smart he was. That he could use his head in college, not the ring. He listened patiently but ultimately said, “I have to do this.”

I knew his secret, his desire to take care of his family regardless of the suffering he’d have to go through in order to obtain it. But it didn’t change the future I wanted more for him than he did himself. I knew his resolve was still set when he took his thumb and wiped away the last of my tears. I was tired, my eyes swollen from crying. That fear gnawing at me for Mickey gave way to the dawning realization that what I felt for Mickey was more than a passing feeling.

I was falling in love with him.

I wasn’t going to get anywhere with him. I sighed, exhausted. “Why fight? Why boxing?”

He tucked his finger under my jawline. Tilting my chin up, he softly kissed me and said against my lips, “Because it’s the only fight in this life that’s fair.”

Loved this story about two high school seniors and their evolving relationships.

Quick Reasons: some mature themes and situations; these characters are endearing and easy to love; tons of character growth; intense scenes; some unexpected plot twists; just a small case of, "woah, slow down, you're moving too fast!"; whirlwind romance; diverse loves/characters Huge thanks to Sasha Hibbs and Evernight Teen Publishing for sending me a free copy of this title in exchange for an honest review! This in no way altered my read of or opinions on this book. ---"Tonight, you took away any reason he had to be angry. But know this, when you're drowning your entire life, it's not easy to adjust to fresh air. You've spent your entire life fighting to breathe. You don't know any other way."--- Firstly, penguins--there are some mature themes and situations in this book. There is one scene, in particular, in which a hate crime takes place. There is also a mention of parental, physical abuse. The main male character, Mickey, is ALSO a fighter in an underground boxing ring--and several fights are detailed from the POV of our narrator. If you are a sensitive reader or are easily triggered by acts of violence or abuse, please make sure you keep yourself safe. This might not be the read for you. That being said--there is SO MUCH character growth happening in these pages! I will be honest: at the start of this read, I really loathed Autumn. She was snooty; she was spoiled, even if she didn't realize it. She came off as the kind of character I generally don't like. BUT. I promise you, penguins, she changes--and quickly. Autumn shows so much growth throughout this journey, I was left with a cricked neck, so hard was I craning to keep up with her as she ran. Autumn's parents also make quite a shift in their ways at the end of this book, and Mickey has a growth journey all his own. In all, this book most closely focused on growth...and the ways it can both drive us apart and bring us together. The many, MANY ways it can change us, touch us, push us. ---"What's that?" I asked. "It's a helmet." "Yes, I can see that. But why are you giving it to me?" "I've heard if you wreck without one, it usually doesn't go so well, and I want that beautiful head of yours protected," Mickey said.--- This plot is FAST. In fact, I found myself doubting, at times, the romance aspect itself--I felt as if Autumn and Mickey weren't so much falling in love, as throwing themselves off a cliff in hopes of flying. Of course, this doesn't mean it was badly written--there was, it turns out, a reason for the set up. The rest of the events were well-paced and believable--and there were several moments I was sure my heart had stopped. This is a heart-wrenching, beautiful read with so many important subjects and morals; Sasha Hibbs did a great job crafting this to make exactly the points she wanted to. Overall, this was a fluffy romance with just the right touches of danger and drama. I really enjoyed following Autumn and Mickey on their journeys--both together and apart. It seems every character featured had some small amount of growth, some tiny lesson to both learn themselves and share with readers. I will be seeking out more of Sasha Hibbs in the future. For now, I recommend THIS book to readers of contemporary romance, star-crossed loves, and journeys that pack an emotional punch. This read is a knock-out; why don't you step into the ring and take it on?

I thought this was a very well-written and interesting book. I would definitely recommend!

Very well written and interesting. Kept me intrigued and wanting to read more.

A beautiful story of love on many levels. Self, family, and that special someone. Where there is love there is a way is proven by this story. The truth shall set you free. ❤