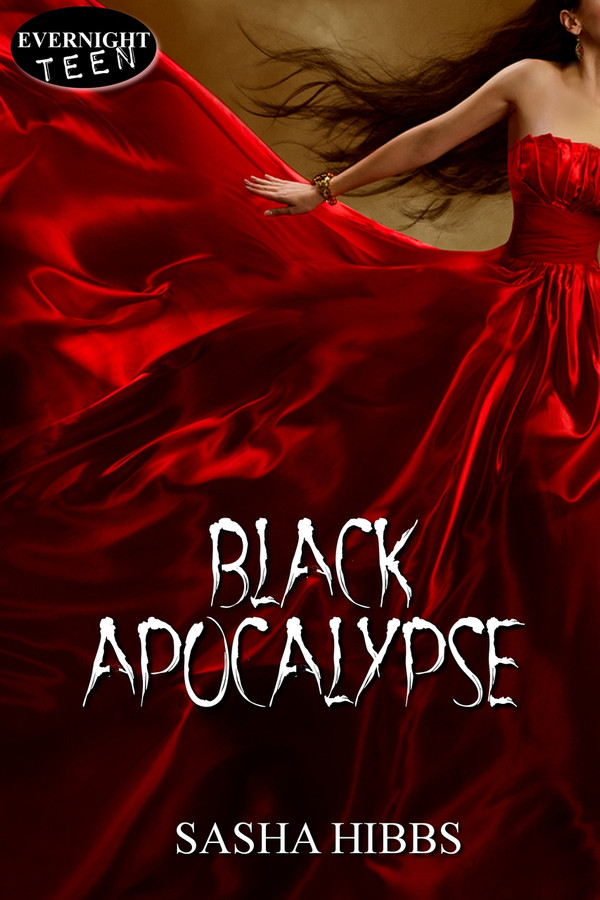 Resurrected from the dead, Michael Blackwell is enraged and heartbroken to find Ally—the girl he loved—in the arms of the very man that killed him as a human. In Michael’s eyes, Ally’s betrayal is absolute. But there is more than meets the eye when it comes to the man who killed Michael, and even more with the girl he thought he knew.

Black Apocalypse is a journey full of heartache and redemption where the past weaves an uncertain future. Can Michael forgive Ally for her betrayal? Can Ally finally embrace who she is destined to become to save them both?

Who is the elusive Seraph, Laurel? Who was the Devourer before his colossal fall from grace? What decisions did they make together that altered the course of history? Shocking revelations, prophecies fulfilled, a war where not everyone will make it out alive...the final installment in the Vulcan Legacies will leave you breathless.

He glanced at her silhouette. She stood beside him quietly, a tear streaking her pale face, one silver line visible against the cold wintery night.

“Will you dance with me?” Abaddon said, turning her back to face him.

Ally spoke with her body. She shivered as she turned to him, reaching out and lacing her fingers through his.

Abaddon responded by pulling her close against him, removing his hands from hers so he could wrap them around her, holding her tight and praying for the courage to see his task through.

The Seraph told him, told him what he must do. In his broken mind, the pieces lay jagged and strewn, but he was putting them together, regaining the memories he’d lost through the blinding rage of his illusion.

But Ally was real. He was holding her in his arms, and she came to him with trust, with patience, while he tried to regain the memories from his human life, ones that would guide him on the path he was supposed to be on now.

But as he held her in his arms, she felt so fragile, so breakable. He could hear the soft thrumming of her heart. The beat was uneven, a rhythm that reminded him of the last remnants of life.

Ally was dying. She was his soulmate and the beat of her heart gave him all the courage he needed. He wasn’t going to kill her. He was going to save her.

Abaddon slowly broke away from her, keeping her at arm’s length. Her light was dimming, but there was the faintest glimmer in her eyes that held hope for him. She would be strong enough to endure what he was getting ready to do to her. She had to be.

Abaddon brought his wrist up to his mouth, extended his canines and pierced his flesh. As blood rushed up to the surface, he gazed into her eyes.

He parted his lips, ready to speak, to tell her it would be okay, but was silenced by Ally resting a single finger against his lips.

Her gaze told him that she knew what was happening. She wouldn’t fight him. He could see that she would trust him, blindly put all her faith in him, was truly ready to walk down an unknown path with him.

He watched in awe as she circled her cold fingers around his wrist and brought it up to her lips. She locked gazes with him and he could feel her taking his essence into him. She ended by gently kissing his wrist where the wound was. She swept her hair to one side, exposing her neck up at him.

Abaddon felt a warm tear run down his cheek.

He unfurled his wings, pulled her against him tightly, lowered his lips to hers, and in his mind he whispered the words from a song, a song from a long time ago that meant so much to him then and even more to him now.

“I've waited such a long time for you,” he said. He softly caressed her lips with his, savoring the feel of her against him, the kiss he’d waited a lifetime and beyond for.

He raised his gaze back to hers, brushing a wisp of hair away from her eyes, cupping her face. “A lifetime,” he said, as he brushed soft kisses along her temple, her cheek, her jawline, back to her trembling lips. Thinking back to that night long ago, he lived the words of that song, held nothing back for what he felt for her.

Abaddon could see the tears standing in her eyes. He kissed them away, their salt lingering on his lips. He drew her closer into him so that he could feel she was real, she was in his arms, her life in his hands.

He brushed his lips against hers again and again, whispering those lyrics so appropriate for them, for their life, their death, their love against a world that, like her essence, was fading fast. “You’ll always be mine.”

With shaky hands, Abaddon pulled her down to the ground with him. Cradling her in his lap, he grazed his canines against her throat. “I need you,” Abaddon whispered, as Ally laced her fingers through his hair, pulling him down to her vein. She arched her back, pressed up against him, encouraged him to drink from her, to take her to where he’d been.

Abaddon exhaled against her skin. With one hand holding her head and the other pressed firmly into the small of her back, he pierced her, sunk his teeth into the soft flesh at her neck. He took her into him, her blood coursing through him, sating a hunger for far more than sustenance. In her blood was the story of their life, the answers he sought, the lyrics to their own song.

Abaddon could feel the life slowly fade from her, could hear her heartbeat slow. Removing his canines, he drew back from her. Her head lolled to the side, her pupils beginning to fix. He brought her lips back to his, kissed her gently.

As Ally’s last breath escaped her body, Abaddon clutched her tightly to his chest, a crimson tear falling against her, he whispered into her ear, “Hurry back to me.”

I received this book from the author in exchange for an honest review Vulcan Legacies has truly been a fascinating series, weaving together mythology and magic, love and betrayal. The final installment did not disappoint. It left me thinking afterward-- always the sign of a good read, when you can't get it out of your mind. What I Loved: World Building- Ms. Hibbs wove an intricate, creative world brought together with amazing descriptions and an addictive plot. Unique Characters- Wonderful characters, main and secondary, made this book (and series) amazing. Full, three dimensional characters, flaws and all-- that's what truly addicts me to a book. Main character Ally has always been my favorite. Blend of Supernatural & Mythology- I loved the breadth of supernatural creatures in the series. Mythic lore of all types blended together to form this fantasy world. It made for an intriguing plot and a never-ending source of interesting characters. Fast-Pace- The story unfolded at a quick pace, with few lulls. What I didn't like as much? Well really there wasn't a lot. I tended to skim once in a while in this last installment, more to get to the next scene than because I wasn't enjoying what I read. I'm sorry that it's over. If you haven't read this series, it's one I highly recommend!

I wish I could've chose more than 5 stars. I absolutely loved this book. One of the best series of books that I've read in awhile. If u haven't read this book yet, you need to. I couldn't put this book down.