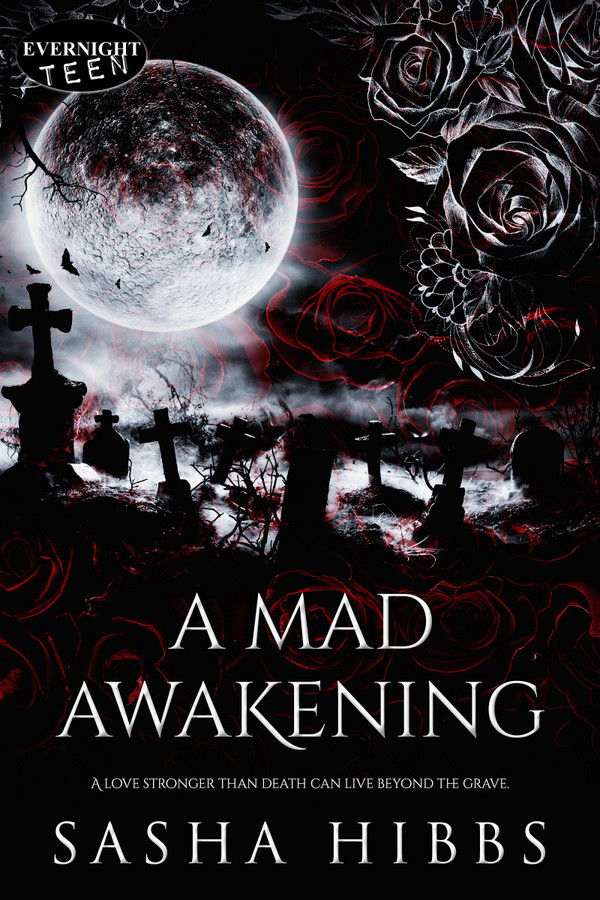 The dead are meant to stay dead. Eighteen-year-old Albert Frank Young knows because he’s one of them. He had his life planned out with intentions of attending college in the fall with his brilliant girlfriend, Mary Shelley. What he didn’t plan for? Dying before his dreams were realized.

Over the course of one night, his life, and Mary’s, change forever. Mary’s brilliance quickly turns into a maddening obsession fueled by the death of Albert. Death took her mother away. She’ll be damned if death takes her boyfriend away too. In crossing the line between life and death, Mary damns them both before she realizes the realm of the living and land of the dead is an arena she has no right to meddle in.

A story of young love, the depths grieving drives the heart to, and the consequences that follow. This gothic tale proves love lives beyond the grave.

“How mutable are our feelings, and how strange is that clinging love we have of life even in the excess of misery!”

My eyes, like my head, felt fuzzy. I heard the girl speaking at me, but the disorientation wouldn’t dissipate. I couldn’t get my vision to focus. I felt paralyzed and tried moving my fingers, my gaze slowly focusing on their sludgy movement while the girl, Mary, continued talking to me in hushed tones. Although the pace was sluggish, the fog was beginning to evaporate, my vision clearing. I turned my hands, heavy like weights attached to strange limbs, over and over, an odd range of motion that was unrhythmic. I slowly patted my forearms. I didn’t feel … right.

“Albert,” she said again, with an emotion in her voice I couldn’t quite pinpoint. It sounded almost raw, unhinged. “Let’s take things slowly.”

It was that moment I chose to lift my gaze to hers. Mary had blonde hair pulled up into a ponytail with loose wisps tickling the sharp curves of her oval face. She was pretty. Her lips were full and round, but it was her blue eyes that caused me to close my own and suck in a sharp breath that burned my lungs and seared my brain. I cried out in pain.

There was a girl in my mind with long brown hair falling wildly and unkempt around her shoulders. Her face wasn’t oval but heart shaped. The eyes… They both had the same bright blue eyes, but the dark-haired girl’s were brighter. My chest constricted. I couldn’t breathe. This girl—not the one named Mary before me, but the girl in my mind who shared the same eyes—stirred something within me, made my uneven heart beat a little more calmly.

“Albert,” Mary said urgently, as I opened my eyes to see her rushing forward and kneeling in front of me. “It’s okay. It’s okay. Don’t be afraid. You’re safe now.”

“Safe?” I heard my voice say in a warped echo. The word sounded strange on my lips, but I knew it in my mind. I kept repeating it, and the word triggered a memory. A horrifying memory. I raised my shaky hands to feel my face, never breaking my gaze from Mary’s.

“Albert, please don’t. You need to rest,” she said, reaching out for me, but I turned to the side as my hands made contact with my face. I screamed, a strange sound that bellowed in the large, cavernous room we were in.

I faintly heard her whisper, “It was the only way.” I inched my fingertips over what felt like thick raised scars trailing down my forehead, my left eye drooping unnaturally. And then it occurred to me, I was unnatural. I was because I had died. A torrent of images ran through my mind like razors cutting through the fine fabric of what Mary had stitched together. I could see the wreck, remember my body being ejected from the car and thrown through the window. I could hear the shattering glass sprinkle down all around me like jagged confetti hell bent on collecting its pound of flesh.

With a painful twinge, I remembered my body breaking against hot pavement, and then blackness came for me. My head jerked as another image came to me, a jolt through my shattered body and then staring up at a ceiling. As my hands navigated my ravaged face, I forced myself to look at Mary. I said the words in my mind, unsure if they would come out and make any sense, and then I spoke. “Why did you do this to me?”

“I took back what God stole from me.” Tears trailed down her pale face. “Because I love you.”

Let's start with the bad and end with the good. I was confused as it went from multiple povs. Didn't get to see the characters grow much and that was disappointing. Now for the good. It was fast paced. The author took a spin on love never dies that was unique. The beginning made it exciting and worth it to hang on until the end.

Let's start with the bad and end with the good. I was confused as it went from multiple povs. Didn't get to see the characters grow much and that was disappointing. Now for the good. It was fast paced. The author took a spin on love never dies that was unique. The beginning made it exciting and worth it to hang on until the end.

I want to thank #Netgalley for letting me read an eArc of #AMadAwakening. This book was great! I love different versions of Frankenstein which I suppose is odd because I don't actually care for the actual story. Albert is such a sweet and charming character who happens to meet again a young woman he knew when he was a child. Mary is a very driven and science minded young woman who happens to fall for the preachers son Albert. Albert helps Mary through a hardship which cements their bond even more. However Mary's mind seems to be unraveling at the seams, taking her down a scientific path that is dark. When tragedy strikes Mary and her sister Elizabeth once more Mary's mind is broken beyond repair, she chooses to bring back that which was lost. However her creation doesn't came back as she had thought but as something that doesn't recognize her not in the way she wants. So she must make a choice to try and do what is right. Unfortunately once a wrong choice is made sometimes correcting that choice still has consequences and Mary has no idea the kind that are in store for her.

A Mad Awakening is a YA gothic Frankenstein retelling. This book surprised me. It was dark for a YA book (which I liked), was well written, had me hooked from the start, and the characters were amazing. I actually really like the original Frankenstein, so I thought this book was a refreshing take on a classic story but also unique.

The Boxer and the Butterfly by Sasha Hibbs