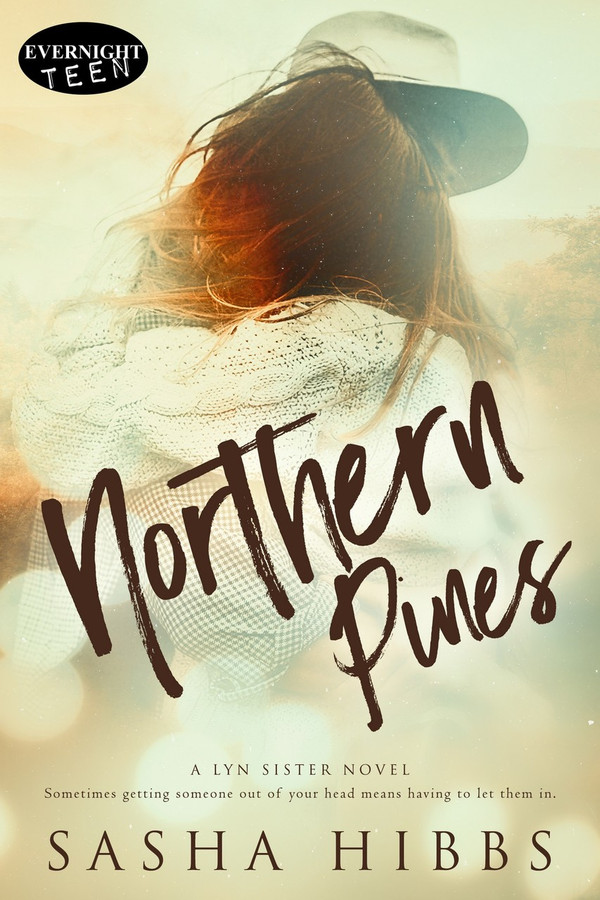 Rosslyn Emerson’s future is planned out: working at her aunt’s diner, college in the fall, and studying in between. What she didn’t plan for? Totaling her car and causing more damage to the Northern Pines farm than she can afford.

Things couldn’t be any worse until the boy she’s had a hate-hate relationship with since childhood—Ben Spiker—proposes an alternative to cover the destruction to his father’s farm. Instead of turning the damage into her insurance, Ben offers her to work alongside him on the farm to pay off her debt.

Farm life couldn’t be that tough, right? Rosslyn didn’t think so until she’s reminded why they’re destined to fight each other, even as feelings begin to grow. Rosslyn remembers what Ben did to her when they were kids. Will Ben help her remember what happened differently, or will Rosslyn’s humiliation over a childish incident stand in the way of a blossoming love?

“There was a cow in the middle of the road!” I said, cutting her off. “Why does everyone keep forgetting that?”

“Was the cow running? As in toward your car from the side?” she asked arching a brow in such a way it told me she likely already had figured out how I wrecked.

“Then all I will say and all that needs said at this point is had you been paying attention, you wouldn’t have missed seeing a cow standing still in the middle of the road.”

“Unfortunately, I didn’t miss it.”

“That kind of smart-ass behavior doesn’t leave this kitchen table,” she said a bit harsher than I was used to from her.

“You not only wrecked your car, but the damage to the fence, pasture, and the cow was quite extensive. Do you know who supplies my diner with beef and pork?” she asked uncrossing her legs and leaning forward, closer to me. She didn’t wait for me to answer. “Northern Pines Farm. J.D. Spiker supplies all the meat to my diner at a seriously discounted wholesale cost. He could stand to lose my business, but I on the other hand cannot afford to lose the deal he’s extended to me over the years.”

I choked down the rest of my country fried steak while listening to her. The longer she lectured me, the worse I felt. I had hoped at all costs that turning this into my insurance company could be avoided. No one would cover me, or the insurance would skyrocket so high I’d never be able to afford it. Never mind my parents would be so mad at me, I don’t know how I’d ever tell them. But sitting across from my aunt—who was the best sister my mom could ever have, and best aunt me and my sisters could ever want—the guilt become too much.

I did this and I was going to have to fix it.

“Aunt Kathy, please don’t worry. It’ll be fine. I have insurance. That’s what it’s for, right?” I said, giving her a halfhearted smile.

She returned the gesture by laughing so hard that it actually shook the table. I was at first confused by her laughter, but it soon gave way to irritation. Why was she mocking me?

“What’s so funny?” I asked. I could feel my face scrunch up at her.

Her laughter gradually died down to where she could form complete sentences. “Oh, honey. Your insurance?”

“Yes,” I said, irritation spilling over in my clipped response.

“Here’s what’s going to happen,” she began, taking on a serious tone again. “Your car is nada. Gone. Can’t fix that now. J.D. kindly offered to tow it over here sometime tonight, saving me the expense of a tow truck. The damage to the fence, pasture, and especially the cow is more than you have.”

“If I’m not going to turn it into my insurance, how do you expect me to pay for it?” I asked, trying to follow what she was telling me.

“We’ll figure something out for transportation. You can ride with me to the diner for work, but Northern Pines, I don’t have that pieced together yet.”

“Excuse me? Northern Pines? Why would I need to worry about how to get over there?”

“Instead of turning this mess into your insurance, you’re going to work at the diner as planned, and hopefully save up enough now to replace the car you wrecked. And I hope it’s enough come fall. But the rest, you’ll be working off at Northern Pines starting Monday.”

I choked on the iced tea I attempted to sip from, aspirating it into my lungs. I started hacking uncontrollably, prompting Aunt Kathy to come over and bang on my back until the tea either worked its way out naturally, or she literally beat it out of me.

“No, I’m not. And one day you’ll realize how generous this was of J.D.”

“But I’ve never worked on a farm. You can’t be serious,” I said in disbelief. I couldn’t believe what I was hearing. I understood I had a debt to pay, but surely there was some other way than working on a farm I knew nothing about.

“Oh, I am. You’ll work at the diner when you can be spared, and at the farm in between until it’s settled.”

I fell back in my chair, closing my eyes and hoping when I opened them, my aunt would laugh and tell me what a fun prank she’d pulled on me. As I sat there, eyes squeezed shut, Ben popped in my mind. My lids flew open in utter horror.

“Is Ben going away for the summer by any chance?” I asked, crossing my fingers, praying against all odds I’d not be subjected to him, too.

She looked at me oddly. “Of course not. Who do you think you’ll be working alongside at Northern Pines?”

It was official. There was no way under the sun my summer could possibly get any worse.

Rosslyn had a plan when she graduated from high school. She would work the summer at her aunt’s diner, then head to college, easy, right? She hadn’t planned on the accident or being indebted to the hot but rude guy with the cocky attitude. They say love and hate are two sides of the same coin, but there is no way Rosslyn could ever having feelings for Ben, right? No. Way. NORTHERN PINES by Sasha Hibbs is a delightfully light young adult tale that proves Fate has a keen sense of humor and Cupid can be quite the jokester! Rosslyn is a typical college bound teen, attempting to be responsible a she prepares for college. The accident just wasn’t in her budget, and she was definitely thrown for a loop. Throughout this tale, Ben is clearly more than he seems at first glance. As the story progresses, his true self is revealed layer by layer. Together, they make an adorable couple, whether they are bickering, working side by side or even while one is avoiding the big heart-shaped elephant in the room! A quick, light and fun read! I received a complimentary copy from Evernight Teen!

This was an excellent feel good HEA! I absolutely loved it from beginning to end. I also loved that the characters were faced with life altering decisions and though they may have struggled, the outcomes were a joy to read!

The Boxer and the Butterfly by Sasha Hibbs