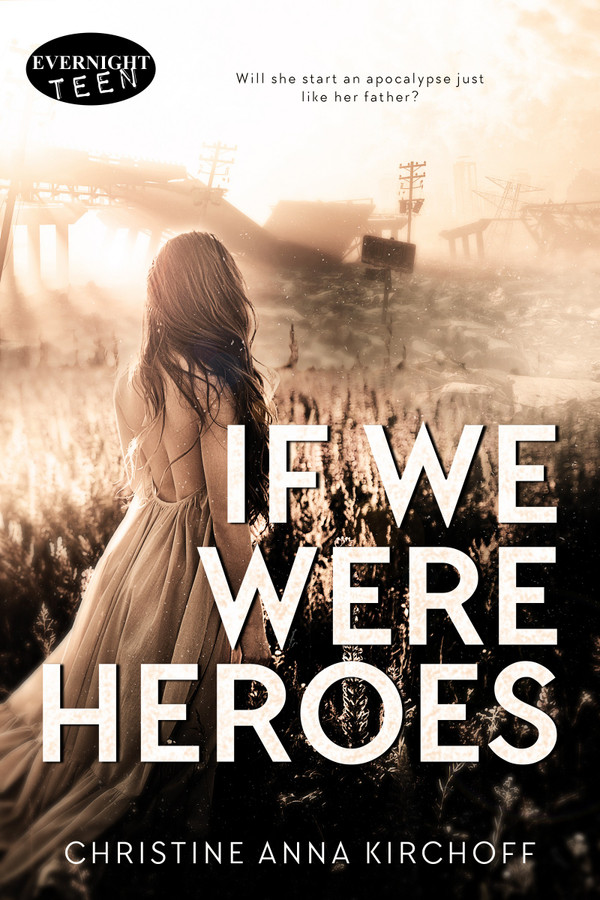 Can Ember control the monster inside her?

Her father is the terrorist who released a virus that devastated most of the world and created vampire zombies. The cure is in her veins, and she’s sacrificed her freedom to find a vaccine. Now, Ember holds the last mutated strain in her blood, and the government votes whether to keep her alive or kill her.

A film crew arrives to document her story, and it may be her only chance to sway the vote. However, an unexpected kiss leads to an infection that may start another worldwide outbreak. Ember must fight the effects of the darkness inside her to keep from turning into the monster.

Will that be enough to save her life or will she start an apocalypse just like her father?

Ember took a shaky breath and lifted her shirt.

His gaze went right to the wound. The bite. “No. No!” He fell to his knees before her. “It could be from the fall, the roll, the car accident.”

Ember shook her head. “Sam. It bit me. I could be infected.” God, those words were hard to say. She took a shaky breath as her vision blurred.

Ember felt the tears slide down her cheeks as she looked down at him. Her Sam. He glanced up at her, tears shimmering on his cheeks.

She was already gone. She’d help him find a house to stay in and be safe then she’d slink off in the middle of the night. Ember hadn’t planned what to do after that.

“There could be a cure already. You may not even be infected. Maybe it’s airborne.” He kept talking, sprouting new hopeful theories.

Ember gazed into his beautiful green eyes and ruffled his red hair with her hand. “I really do love you, Sam.” She took a breath. “But if I am infected, I’m not safe.” She didn’t want to leave him, but staying would be too risky.

“If doesn’t mean you are,” he shouted and shoved to his feet.

Ember blinked away the gathering tears and hugged him. She held him as close as she could for as long as she could. Then she tilted her head back and placed her lips on his. It shocked them both. The subtle, soft touch. She lingered, poured her feelings through that kiss like a love letter. Sam reciprocated, sending her stomach into a fit of nerves and excitement. Ember pulled back, ran her hands through the red hair she loved, and stared into the beautiful blue eyes. Then the sun got brighter. She had to blink and lower her head. It was too vivid. When had it gotten so intense? She felt like she was staring directly at it even though she was looking at the ground. Ember let go of Sam. She shook her head. Her knees gave way.

Oh, God, it was happening already. She tried to crawl away, but her skin was so hot. Sam clutched her. He pulled her to him and they sat by the truck with her head in his lap. She closed her eyes when the shine became too powerful. “Run, Sam.” She didn’t want to hurt him.

Christine's work has become some of my top favorites! Her writing grabs me from the start and doesn't let go. Gripping, vivid, heart-wrenching yet sweet. I love everything she produces (and think her books are more than worthy movie material!). I will 1-click her work every time. For readers who love the young adult genre, stories filled with rich plots and emotion, add her to your follow list.

Christine's stories have become some of my top favorites! Her writing captures your attention and doesn't let go. Vivid, gripping, heart-wrenching, yet sweet. I will always 1-click her work. (And I think everything she's written would make excellent movies!) ;)