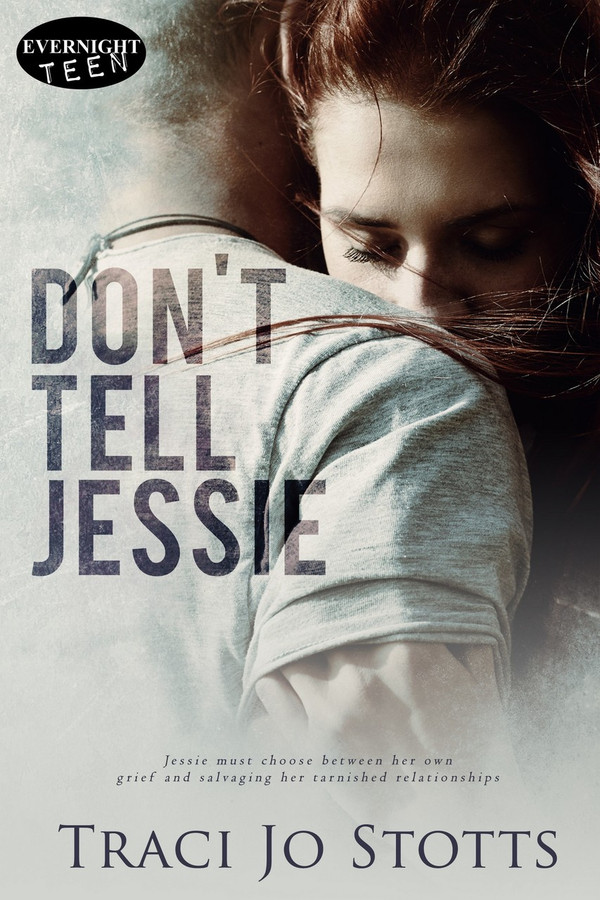 Jessie tries to make the most of her senior year while dealing with the recent loss of her mother. She spends most of her time taking care of her dad, who has turned into a workaholic, and spending time with her best friend Stef who is getting over his own tragedy, his boyfriend’s suicide.

The only thing bringing a smile to her face is Derek Stevens. He’s just been dumped by the head cheerleader and Jessie’s dreams come true when he asks her out. Stef warns her that Derek might be using her to get his ex-girlfriend back, but she falls for him anyway.

Life is good until a secret turns her world upside down. Now, Jessie must choose between her own grief and salvaging her tarnished relationships.

16+ due to sexuality, adult situations, language, and violence

I walk in, and Derek is sitting there with my chair pulled out. “Well, well. I wasn’t sure if you were going to join me today.”

“It took some persuasion from Stef to get me out of the car, but I’m tough. I can handle it. Things wouldn’t be so bad if your ex wasn’t making such a big deal out of it. We went to one party. It’s not that big of a deal. It’s like she talked shit all day long yesterday.” I slap my notebook onto the desk and plop into the seat.

Derek tilts his head. “So, you won’t be going out with me again?”

“That’s not what I mean. Why? Are you planning on texting me during Miller’s class again?” I tease him.

“Actually, it’s Tuesday and I was hoping you’d help me … with the spaghetti feed.” He whispers the last part because Mrs. Linn started the class by continuing her monotone lecture from the day before.

I give him a smile but don’t answer. I really can’t afford to not pay attention, no matter how boring she is. He’s nudging my foot but looking to the front of the class. Who knew the quarterback was such a romantic? Opening doors, playing footsies, and that soft kiss he gave me when he dropped me off Friday night, although it did leave me wanting more. A lot more. I spent the rest of the weekend with my dad. We went bowling, washed the vehicles, and watched Rocky IV, our favorite of the series. But all I could think of was that kiss.

Second period is a bit more interesting. Mr. Miller is out so there’s a sub. I tell Stef about helping Derek. “Want to come with?” Having a substitute basically means a free period as long as we are somewhat quiet.

“No. You know I have that thing on Tuesdays. I wish I could though. Spaghetti sounds delish.”

My phone vibrates, and since the entire class is on theirs, I check it.

Derek: U never answered me about tonight

Jessie: U will owe me big time…

Jessie: 2 kisses should do it…

I look up and Derek has turned around to face me and is putting Chapstick on and pursing his lips. I shake my head and smile before sending another text.

Whoever said high school was supposed to be the best time of your life clearly doesn’t know just how many things can go wrong during those four long years. This is one of the best books about bullying and betrayal that I’ve ever read. All of the characters had complex reasons for behaving the way that they did. Not only did that make them fascinating to read, it gave satisfying answers for why they behaved the way that they did. Some of the scenes were pretty painful for Jessie, so having such detailed reasons for why certain things happened to her were quite helpful. Speaking of the main character, I absolutely loved her as an individual. I was also a huge fan of the strong character development she showed as a result of her experiences. Her stubborn, feisty personality made itself known from the very first scene, so it was great to see how such a well-rounded character responded to all of the plot twists that were thrown her way. Stef and Jessie’s lifelong friendship was a highlight of the plot as well. I really liked how supportive they were of each other when it came to getting through their final year of high school, making plans for the future, or dealing with the guys they wanted to date. They genuinely cared about each other, and that made me want to see what would happen to them next. Another thing I adored about this story was how thoroughly the main character’s strained relationship with her dad was explored. I quickly became engrossed in figuring out why their relationship had soured and why neither one of them seemed that interested in doing anything to fix it. She clearly had issues with him that had been going on for years, so trying to untangle how things had gone so wrong with them was rewarding. Don’t Tell Jessie is a must-read for teens and adults alike!

Yet another great read from my favorite Author!! So awesome! Just couldn't put it down!

This was a great read with very authentic characters and dialogue. I loved that it didn’t sugarcoat the sometimes-trying life of teenagers. This book takes on some pretty important issues, but also has moments of humor and, of course, love. The book is set in Nevada, a place I am not very familiar with, so I wasn't prepared for all the “western” elements—line dancing, pickup trucks, belt buckles, etc. But I have to say, I absolutely loved this setting! It added to the richness of the characters and their interactions. I’d recommend this book to anyone looking for a romance with a splash of drama.

I love this book! My mom grew up in Hawthorne, NV and recommended this author to me. This is the second book of hers I've read and I'm hooked! I feel like I'm in the story line, as if the main character is my best friend.

I love this book! My mom grew up in Hawthorne, NV and recommended this author to me. This is the second book of hers I've read and I'm hooked! I feel like I'm in the story line, as if the main character is my best friend.