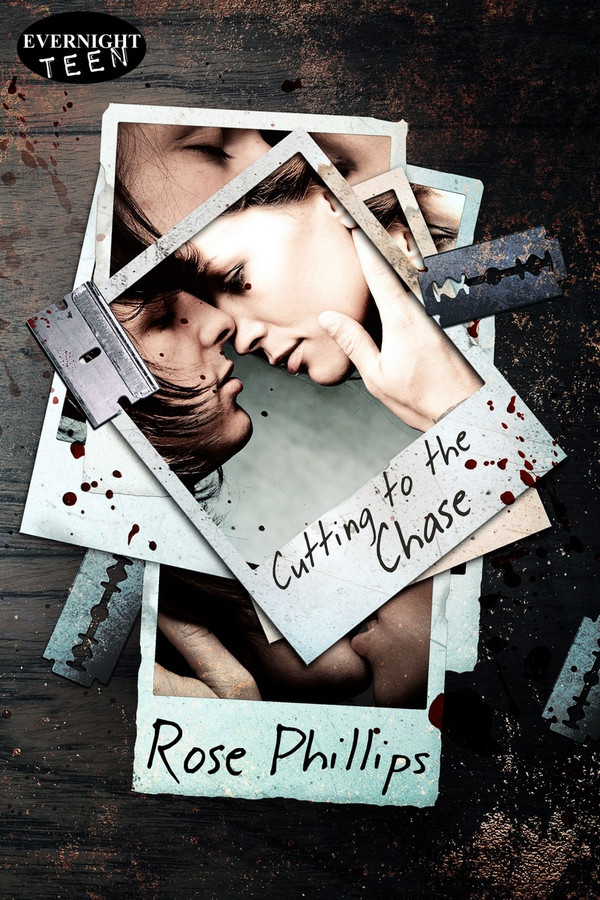 How do you fix something you didn't break?

Lizzy certainly doesn't have the answer. All she knows is that she needs to survive senior year, then get as far away from her dysfunctional family as possible. In the meantime, when she can't take the pressure, she eases it with the sharp edge of a razor blade.

But, she's been cutting deeper and her thoughts are growing darker.

Until she meets Michael. With him she finds relief.

Now, maybe—just maybe—she can make it.

14+ due to sexuality, language, and adult situations

The apartment is a couple of blocks from the school. I’ve never been there. I met Becky in art class when she had been “blown away” by my “awesome” talent. It seemed a little over the top at the time, but it was flattering. New to the school, she hung out with me for the first week or so. But she had squad goals. So she worked to herd a few other princesses together, and now she’s usually busy leading them around by their pert little noses.

Not that I’m not cool, but I’m not top tier either. And I’m no Barbie. Becky didn’t discard me altogether. She just didn’t hang as much. I’m fine with that. I don’t need anyone. Too bad Mags can’t get that through her thick head.

Apparently, today is my turn to be graced with Becky’s presence. She keeps her arm firmly wrapped around my waist while Brad drifts back, falling into step behind us with Michael.

Becky leans in conspiratorially. “It’s about time, don’t you think?”

“Michael, silly. You’ve been throwing him looks in art class.”

That frustrating heat warms my cheeks again. It’s true. Michael sits at the table in front of me. I love how his bangs hang over his eyes, and how he sweeps the hair up, holding it on top of his head while he analyzes his work, tilting his head one way, then the other like a pigeon at the park. I didn’t know I’d been that obvious.

“Today’s the day, girl. All good things come to those who wait.” She giggles, tossing a smile over her shoulder at the guys.

There is no doorman. It isn’t a high-end building, but it isn’t the slums or anything either. The lobby is plain with bland vanilla walls and tiles that look a lot like the ones at school. The only bright spot is the fake fern. It sits beside the elevator button. Someone has stuck a plastic ladybug on it. Bright red with black spots, it stands out on the green leaf. Becky had finally released me to open the main door, and now she’s standing, tapping her foot, impatient for the elevator. The guys are quiet, looking around.

“Patience is not the ability to wait, but how you act while you’re waiting. Look at me! I nailed two patience quotes in one morning.” Becky giggles and sidles into Brad, kissing his neck. “See, I know how to act while waiting.”

Brad grins and puts his arms around her. Michael raises an eyebrow at me but says nothing. My stomach flip-flops, and I focus on the button until the ding signals the arrival of the elevator. Michael stands close. Even without touching, heat tingles up and down my side.

The apartment is as lifeless as the lobby. Beige carpet, beige couch, white blinds. The only splash of color is a large pink sippy cup sitting amongst the strewn papers on the table near the window. There are stacks of books and an open thesaurus.

Becky tosses her keys and iPhone on the clutter. “You want something to drink?”

She steps into the kitchen while I stand in the middle of the room, suddenly feeling stupid, wondering why I thought this was a good idea. Michael is behind me and I am too nervous to turn around and look at him. Becky returns with a bottle of vodka in one hand and something amber in the other. The label is turned the other way, so I can’t tell what it is. Rye maybe? My parents tend to stick to wine, so I don’t know a lot about liquor bottles.

“It’s still morning.” I try to sound bored, but in truth, I’m surprised. I thought Becky was more of a “color within the lines” kinda princess. Besides, this isn’t my thing.

“You are only young once, right?” She looks at Brad who kisses her and grabs the amber bottle. He unscrews the lid and swallows a mouthful. Becky unscrews the vodka and does the same, holding it toward me afterward. “Seize the day!”

I shake my head, hoping it releases the pressure that is beginning to build there. It was a stupid decision to come here. Becky shrugs, then stands on tippy-toes to kiss Brad. Without breaking the lip lock, Brad holds out his bottle. Michael steps into my line of sight, takes it, and then holds it out to me. I know I’m frowning when I shake my head this time, but my head hurts more with every second that passes. What am I doing here? I walk over to the window and look down at the street. There’s little movement below to take my mind off the slurping going on behind me, off the look of expectation on Michael’s face. I’m the biggest kind of idiot.

Finally got to read it. Loved it. The story comes off as very believable; I love that the novel ends on a positive note. Teens should enjoy it as it engages the reader as soon as he/she starts reading.

Real and intense, Cutting to the Chase gives you clarity into the world of teens. Good read!

Author Rose Phillips captures the difficulties of teenage life in a stunningly astute way. I read this book in one day, which is a nod to both the story itself and the easy flow of the writing. Cutting to the Chase takes on very real and timely issues in a sensitive way, and would be a great read for anyone who enjoys both romance and drama.

There are some stories that resonate with you and cause you to look at your own life in a different light, this is one of those stories. Lizzy is just short of graduation and is trying to keep it together in her senior year. Life at home keeps falling apart more each day and to ease the pain and pent up emotions, she has taken to cutting to let out the emotions. In unmistakable ways, it seems like life might just give her a break when she meets Michael. When things suddenly start to fall into place and she has her cutting under control, Lizzy’s life suddenly spirals out of control into complete chaos. The story is told from the first-person perspective of Lizzy. The author, Rose Phillips, has an astonishing knack for showing the inner emotions of Lizzy and when Lizzy is being defiant, the reader can understand and empathize with everything going on in the character’s life. The reader expressly experiences the highs and lows along with Lizzy-from the romantic date with Michael to the partying friends and the bad choices. When several events occur that turn Lizzy’s world upside down, the reader is able to relate and experience the same emotional upheaval. With each cut comes the release of emotion and the reader is taken on a journey to understand the inner dynamics of Lizzy’s mind and how it relates to the chaotic and ever changing world around her. The dialogue is crisp and the setting will be familiar to many readers. The reader is able to be drawn in and enveloped by the life and times of the characters and as such, because to understand the deep back stories of each supporting character. From Mags, the always happy old friend that is always there, to Becky the friend with an insatiable party appetite but has experiences more than her own share of worldly burdens. Cutting to the Chase is a deep story that is sure to reel you and in and cause you to look at your own life as well as the lives of those around you in a very different way!

A quick read cause I couldn&#039;t put it down...told in first person this story is totally believable. It felt as if I was eavesdropping into someone else&#039;s life. It took me right back to the brutal hallways of my own adolescence. A good read.