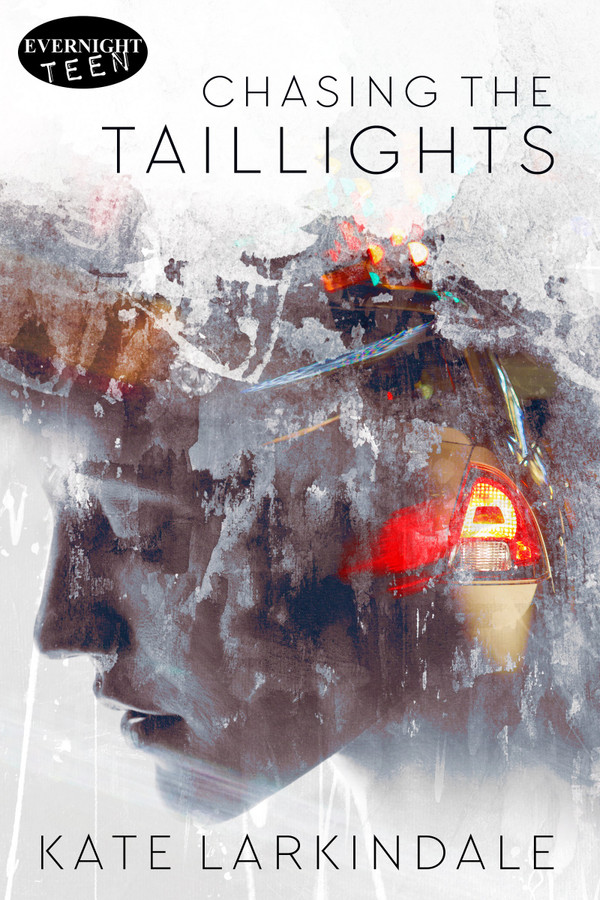 Lucy and Tony share nothing except genes. Tony’s the champion diver destined for greatness. Lucy’s biggest concern is getting Cute Guy from the burger joint to ask her out.

After an accident kills their parents, the siblings are forced to rely on one another—and decide whether to reveal their secrets.

Tony has problems too. Between diving practice, classes and concealing the crush he has on his best friend Jake, Tony needs to find room in his life for his sister, but his own stability dwindles with every passing day.

As the siblings struggle to overcome a lifetime of past conflicts and jealousies, they discover they might have more in common than a love of rock music.

And then he’s there.

He steps into the room, his huge frame filling the doorway. He starts toward the bed then stops, his lips pressing together into a thin, white line. He drops his brilliant blue-eyed gaze to the floor for a moment and swallows hard before he looks up again. The scruffy beginnings of a beard shadow his chin.

“Hey, Lucy.” He tries to smile as he crosses to the bed, but his lips tremble too hard for it to be convincing. A muscle jumps in his jaw like a tiny fish trying to escape. “Thank you for being here, Peter.”

“I wish I didn’t have to be.” Peter gets up and gives Tony a brief hug. My brother’s arms don’t move, just hang stiffly at his sides, hands clenched into fists.

Peter lets go and moves aside to let Tony sit next to me. “I’m going to get some coffee. I’ll be back soon.”

Tony watches him go, not turning back to me until Peter’s tall, lean figure has vanished into the hallway. When he does, his eyes are red-rimmed and exhausted. Purple crescents lie beneath them. He looks like shit, but something about the way he’s studying me makes me certain I look worse.

“Oh, Jesus, Lucy.” He shakes his head, a pleading expression on his face. “I have no clue what I’m supposed to say right now.”

I blink up at him. I need him to tell me what happened. I need him to explain it to me. I try to form the words, but they won’t come. My mouth, stitched up like a quilt, won’t shape what I need to say.

I’m holding my breath. My chest aches and I let it out in a gasp. The pain is back, sharp and stabbing at my side, a dull throb in my neck and shoulder. Tony reaches out and touches the side of my face. I flinch, hating myself for it when his fingers are as gentle as rain.

“They’re dead, Lucy. They’re both dead.” His eyes lock onto mine and I know he’s telling the truth. The bleak, stunned look on his face tells me more than any words could. A sob escapes him and he starts to turn away.

I received a free copy of the ebook from the author in exchange for my review. All opinions shared are 100% my own. What a heartbreaking and compelling story. As a mom, I just wanted to scoop both of these kids up and hug them and just BE there for them. I also wanted to yell “You need counseling!!!” so many times. Who leaves a couple of children to not only fend for themselves physically but also emotionally and mentally, after both of their parents die?! Their lousy uncles, that’s who? This was a particularly heartbreaking story to me because I see my own two kids’ distance from one another as similar to Tony and Lucy. My kids are also four years apart, older brother/younger sister. It just makes me so sad when they argue and push each other away. Your sibling relationship will be the longest relationship you have in your life! It should be cherished. My sister and I - ten years apart in age - have always been there for one another. It gets better as they get older, right? While many questionable choices were made by different characters, all in all, the story of navigating grief, learning about love and family, and finding yourself shines through. It does feature some triggering situations (parental death, car accident, homophobia, alcoholism, deteriorating mental health) so I don’t think this book is for everyone, but it is a well-written and respectful handling of complex issues.

Larkindale had asked me to read this book and I am so happy that she did ask me. I had such an enjoyable time reading this book. It was a fun change of pace after everything else I read. I look forward to more. I always read things that are usually supernatural or fantasy because I personally am always looking for a way to escape reality and things I don't want to face. This book was one of those rare moments where it's based in reality and one of the things that I personally fear; losing my parents. This book is about a brother-sister pair that lost their parents and have to cope with that fact and all the changes that accompany it. This book really made me think and makes me wonder how I would react if I was in their position. Would I be crushed by their pain? Would I be as strong as them? I honestly think more young adults should read this book because it's my personal belief that nothing is guaranteed and we should know what really matters to us. I have recieved this book via the author and am voluntarily leaving a review.

Tw: parental death, car accident, internalized homophobia, alcoholism, deteriorating mental health, underage drinking, slut shaming (involving what girls wear) A special thank you goes out to the author, Kate Larkindale, for providing me a copy of this book for review! I LOVED THIS BOOK! I am going to shout and scream about this book forever. So far, it’s on my top 10 books of 2021. Everything about this book is sheer perfection, from the cover to the characters to the plot. I wanted to drown myself in this book. I didn’t even want to finish it because I knew I was going to be so sad. This book had everything. It had incredibly messy sibling dynamics, which was done so well. It had grief and mental health problems. It had broken friendships. It had it all and it was all done well. Lucy and Tony were very clearly estranged and it was heartwarming to see them having to come together in the face of tragedy. They had love for each, sure, but to see them having to interact and learn to get along again was just so great. Tony and Lucy were fantastic characters. I adored both of them so much, I couldn’t possibly pick a favorite. I loved Tony’s POV. He clearly was so confused about who he was as a person and I was rooting for him the whole time. I was hoping he would find himself. My poor sweet Lucy. My heart broke for her. Reading her POV was heartbreaking because of her mental instability after the accident. I wanted to just cry and protect her. One of the themes of this book is grief and holy cow, it’s a lot. I haven’t been through a lot of tragedy in my life so I don’t have a lot of experience with grief. But wow, I felt myself drowning in the grief. It reminded me a lot of the Song of Achilles with the heartbreak. I knew something was going to happen and I felt this absolute pain in my chest that wouldn’t go away. My heart still hurts thinking about this book. Overall, I’m going to need every single person to read this book because this is one of the best books I’ve read this year. I want everyone to know about this book. I can’t wait to see what else this author does because she has a massive fan in me already.

Chasing The Taillights is a great emotional read. Lucy and Tony are great characters. They lose their parent to a car accident. Tony is Lucy's older brother but not be much. He's in college and takes on the responsibility of being Lucy's guardian. Lucy has a secret she's keeping about the accident. These two have a lot of growth to do and hardships to overcome too. Both Tony and Lucy are strong lovable characters. When reading I felt like on was on a journey with these two.

The Sidewalk's Regrets by Kate Larkindale