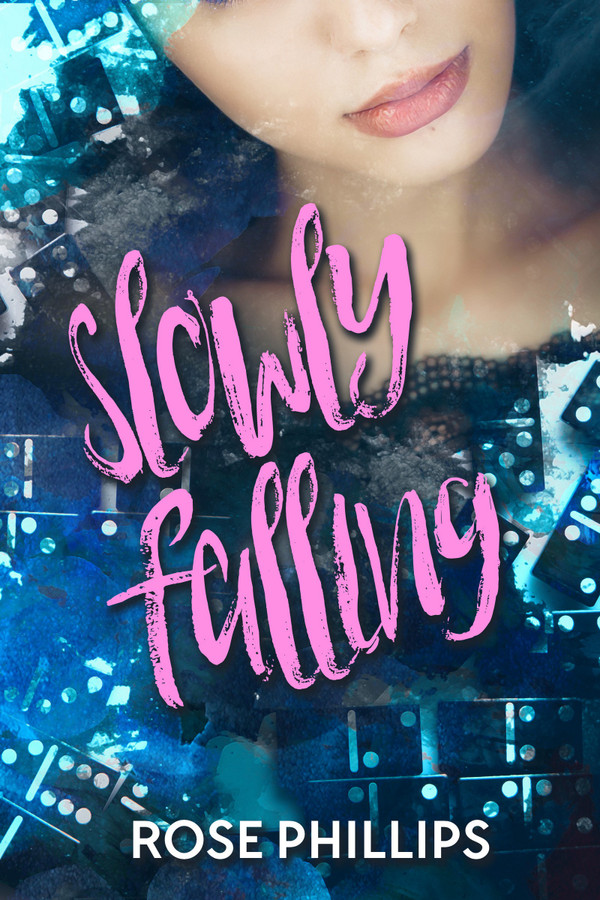 Chloe uses work to hide from the world, but she can’t escape her thoughts. Since the death of her track-star boyfriend, her panic attacks are sneaking up on her. A lot. And while others may think her odd behavior is because of his loss, the truth is she’s always been just this side of “crazy.” Until now, her compulsive daily rituals kept them at bay. At least in public.

When Derrick walks into her life, she’s distracted enough to back away from the edge of her mental precipice. Convinced he’s her safe haven, she falls blindly into a relationship. With him, she dreams of being like every other seventeen-year-old. It seems so easy, but it's not.

How do you face the future when the past won't let you go?

I splashed my face with cold water and lay on the bed with the wet cloth covering my eyes for ten minutes, but I know I’m still blotchy. Everyone can tell. They wonder what’s wrong with me, like maybe I have a disease or something. I put one foot in front of the other, trying not to look up. I don’t want to see any questioning looks, any concerned glances. Or worse—laughter. My spotted sneakers squeak loudly on the wet pavement. I try to lift them and set them back down gently, but nothing works. They screech with every step. I try not to flinch and give people another reason to stare.

I focus on the brown blobs. They’re like speech bubbles on my toes. I spill coffee all the time. I always have. It’s a running joke at the shop. When I grab a pot, everybody raises their hands in the air in surrender. It used to be funny. Now, it’s just something else I can’t get right. So, I try to work in the back bakery as much as possible. It’s what I did when I first got the job at their lake location. Three years, and I’m right back where I was when I was fourteen.

Two battered work boots are toe-to-toe with my sneakers, blocking my route. My heart rate spikes and I glance up through my bangs, trying to avoid any chance of eye contact.

“You came this close to wearing it.” The guy’s holding his coffee cup out to one side and using his other hand to demonstrate what a near miss it was. According to his thumb and forefinger, I was about an inch away from a total scalding.

“Sorry,” I mumble and try to step around him. My shoe stubs his and I stumble. “Ow!” I cry although I’m not sure which hurts more—the coffee burning my skin or the searing of his hand on my arm.

“Oh, shit,” he says but doesn’t loosen his grip.

Coffee seeps across the cuff of my white shirt like watercolor paint bleeds on paper. I brush at it stupidly as if that’s going to help get rid of it.

I nod repeatedly and yank my arm loose, ready to flee, but he grabs my hand. My eyes follow its path to his face, my heart thumping, expecting … I don’t know what. Certainly not the hippie throwback who’s holding it—a faded rocker t-shirt, a peace tattoo on his inner arm, and long wavy hair held snug to his head by a bandana. He intently inspects my hand, flipping it over several times before finally looking directly at me. My heart stops beating. And I mean stops. Altogether. His eyes are blue, dark blue as in ripe blueberry blue, and it’s like he’s looking right into me, like he can see everything about me. A shiver runs up my spine and trickles down my arm to where his hand holds mine.

“It’s pretty red. You should run some cold water on it or something.”

He looks around as though there’s going to be a tap there in the middle of the sidewalk. He’s still holding my hand when his gaze lands back on me.

“You sure you’re okay?” he asks quietly.

For a second, I think he’s asking about more than the burn, and I want to tell him I’m not. I haven’t been for a while. I don’t think I ever will be again. Of course, I don’t say any of that. The world doesn’t know how cracked I am. Nobody knows. At least I’m not crazy enough to confess it to a stranger.

“Yeah,” I say, pulling my hand from his and stepping around him, my heart beating so hard again I barely hear him say, “Seriously, some cold water.”

I put one foot in front of the other, frantically counting each step in sets of three. It’s only one more block to the shop, and I make it there without banging into anyone else. I walk slowly down the side alley, shortening my last step to make sure it’s a third one. Long deep breaths help my insides calm down, like jumbled pieces settling into place. When the puzzle is back together, I tap on the door.

I would highly recommend this book to any teen, or adult. As an adult I could relate to several of the characters. Having OCD, anxiety, and living in not an ideal family situation (along with being in the foster child care system) all of these topics were covered.