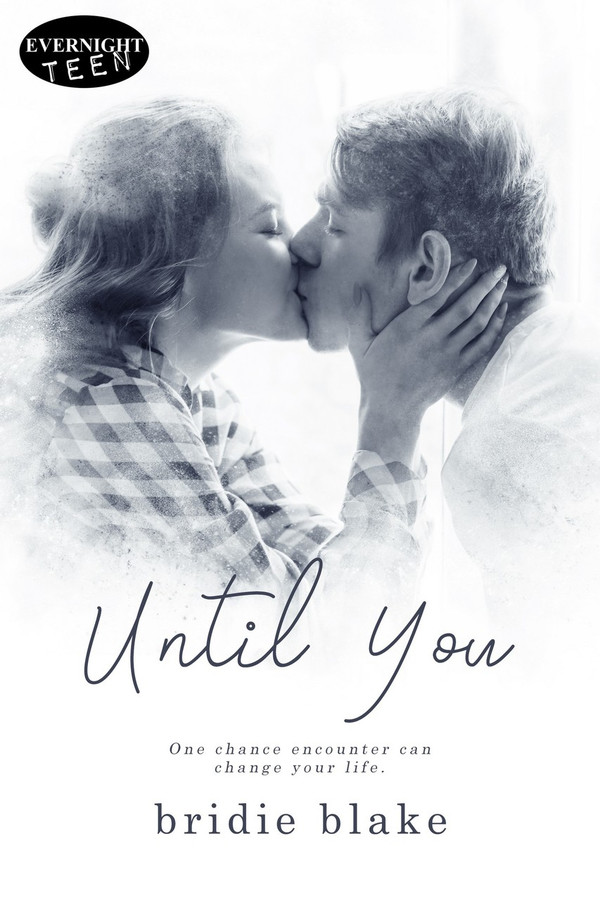 Ellie Foster lives and breathes normal. She’s the responsible one, the girl everyone depends on.

Jason Holden doesn’t know the word normal. Star of the hit Planet Gazers films, his every move is watched by millions.

A chance encounter between the pair leads to a deal that will change their lives.

Ellie needs money for her family. Jason needs a girlfriend for the world tour of the final Planet Gazers movie. It’s a match made in Hollywood heaven.

But what happens when the lines between their act and reality become blurred? Can they figure out what is real and what’s fake?

14+ due to sexuality, language, and adult situations

I pulled my head back. “You’re not sleeping in here,” I mumbled as I tried to keep my lips as close together as possible.

He grinned slowly, his dark eyes fixing on mine as he inched his face closer. “What happened to me nursing you?” The trace of alcohol on his breath made my stomach roll.

“That was all Lacey. Go to your own room.” I placed my hands on his chest and pushed, but it was such a weak attempt he didn’t seem to notice.

“What are we watching?” He pulled my laptop closer toward him. “Oh, it is Friends? Great, I haven’t watched this in years.” He rolled onto his back and crossed his hands behind his head with a wink. His shirt had ridden up, and my eyes traveled down to the smooth patch of skin showing. Was it still as soft as the last time he was shirtless? Not that he was shirtless now. He’d only revealed a tiny patch of skin. And no way was I touching him to see how soft it was. “Just a couple of episodes and then I’ll go back to my room. Deal?”

I dragged my eyes away from his stomach. “Fine. But no touching.”

His nose wrinkled as shifted away from me. “And risk you throwing up on me? No, thank you. I’ll stay on my side.”

I pushed a pillow between us as a barrier. “If you so much as put a hair over this line you’re in big trouble.”

“You’re the one we should worry about. Don’t think I’ve forgotten how much you ogled me that night in your kitchen.”

“Don’t try to change the subject. You’re attracted to me, and you know it,” he slurred, a slow smile taking hold of his face.

“I bet you think every girl in the world is attracted to you.”

He laughed and rolled onto his side again, his eyes drilling into me. “Not every girl. Just you.”

“You’re drunk.” I gently nudged his shoulder, hoping he’d roll back over and quit staring at me. Of course, I was attracted to him. I had eyes, didn’t I? But I wasn’t stupid enough to fall for his act. I knew guys like him. I’d dated guys like him. One minute I was the most important person in the world, the next he chose girls like Natalie Miller.

“Just a little,” he whispered and settled onto his back. “I don’t need every girl to be attracted to me. Just you, fake girlfriend.”

“Be quiet and let me watch Friends, fake boyfriend,” I said, desperate to end this conversation before it headed into dangerous territory.

“Your wish is my command. From now on I’ll be the best fake boyfriend you’ve ever had.”

“Shh,” I hissed and pointed at my laptop. I rolled my eyes as he mimicked zipping his mouth closed and tossing away the key. We’d see how long his promise of being committed to our “relationship” lasted.

This is one of the best romances I have read so far this year. In a bizarre, yet believable twist of fate, college coed Ellie Foster finds herself in the employment of Hollywood's hot young star, Jason Holden. Jason's popularity with fans, however, has tumbled recently and could be on the chopping block if he doesn't fix his tarnished image soon. His recent breakup with one of Hollywood's sweethearts has Jason's fan base furious, especially after Jason was then filmed having a fling at a hotel. The sex tape could ruin his career. His publicity team hires Ellie to pose as his new girlfriend, whose image as a cute, wholesome college girl just might work. Ellie signs a contract, not because she is enamored with Jason, but because she secretly needs the money to help her family, as her dad has lost his job. The rules are simple. Convince fans they are in love in public, but off stage, remember it's only fake. Once Jason's image is restored, the plan is for the couple to quietly breakup. All goes as planned until Jason and Ellie secretly fall in love. Blake does an excellent job creating a slow simmer as both start to believe a relationship might work. Not all on Jason's team agrees, however, and when the media gets wind of the contract, the romance appears doomed. Jason and Ellie tell their stories in separate voices and are well developed. Side characters are also well fleshed out, adding to complications. An enjoyable read!

Until You builds a gradual love story between two individuals from completely different worlds: a college student and an A-list celebrity. In desperate need to help her family out of financial trouble, Ellie accepts a job as movie star Jason Holden's fake girlfriend to create his "down-to-earth" image. It is no surprise that the two develop feelings for one another, but the wicked nature of showbiz takes its toll on their relationship and the twists will leave you wanting more. It's a fun read with clothing hiccups, makeovers, glamorous celebrities, paparazzi, and steamy make-out sessions.

This was a fun, quick read following the romance between an average college student and a movie star. The characters were well drawn, and there were enough glamorous events and gowns to keep even the paparazzi happy.

Until You follows Ellie, a college student who is offered the job of a lifetime. Pretend to be the girlfriend of Hollywood superstar, Jason while he promotes his new movie. Ellie now has to adjust to a world of makeovers, red carpets and paparazzi- not really grounds for a normal relationship! At first she's not sure what to make of Jason. He comes across as really arrogant, and skips out on her a lot, but then when it switches to Jason's POV we get an understanding of why he's like that. They've both been hurt in the past and are cautious about the growing feelings they have for one another so they try to ignore them and fail. Until You was a fun book to read with a really sweet romance and a great cast of characters. Great new book from this author!

I fell in love with both characters and the story it self! The book was well written and it will definitely go on my read list! If you love a sweet young adult celebrity romance with a happy ending, read this book. You won't regret it!

Fix You by JC Doan