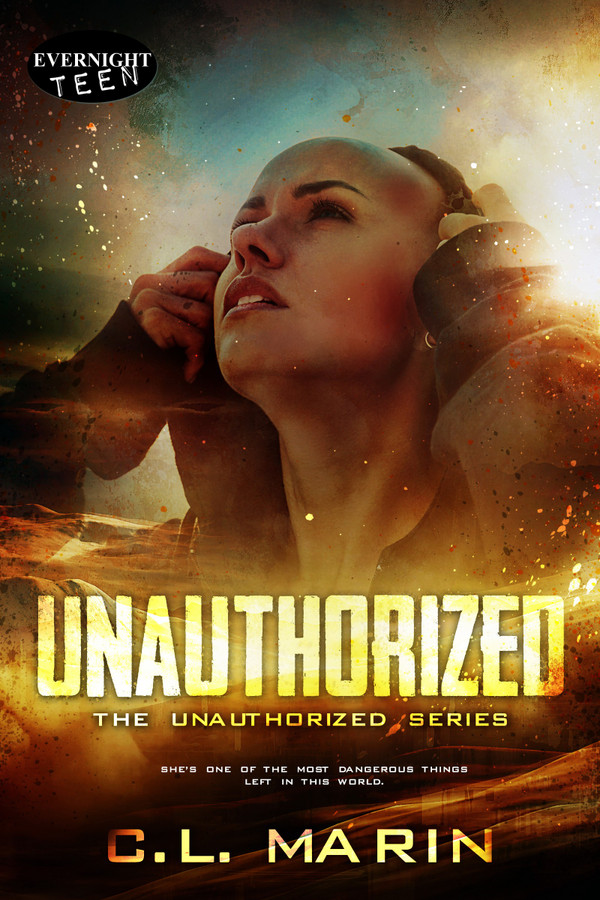 W3B is what they brand on her neck. They try to beat fear into her. But she’s not afraid—why should she be—she’s one of the most dangerous things left in this world.

She uses the skills she was forced to learn to become a bounty slave and plans her perfect escape. But her attempt stops cold when she realizes she’s not the only one who survived the attack on her tribe five years ago.

Now she must navigate her master’s heinous family secret while hoping for another chance to escape with her kin before they lose their lives for all they now know.

16+ due to adult situations, violence, and sexuality

It’s perfect. A drunk as my watch guard on the most chaotic afternoon of the year. There will never be a better opportunity.

“Just a reminder to premier status citizens…” The auctioneer gestures to the polished men and women seated on the deck around Master Ward. “These slaves come with one free authorization privilege. Any more children, and you’ll need to follow the governed authorization process.”

I’m close enough to see a little bit of the stage. Two slaves are brought forward, one male and one female. Only a small group of people interested in the category push their way to the front—until everyone sees how young the girl is. She’s maybe just a year older than me when I was taken but she’s just as scared. She’s not from the Biome. Probably fresh from the breeding house. The man is older than me, but not nearly as old as Ward.

The crowd is excited. All eyes are on the podium. There’s a sense it’s going to be a good bidding war, and right away the slave man is jabbed in the back and pushed a step forward from the girl.

“This male is a seizure by the Territory to satisfy back taxes. He’s estimated at twenty-four years old and he’s been altered, so you won’t have to worry about him escaping. You all saw his limp, yes,” the auctioneer jests. “Other than that, he’s in good health and is certified fertile. We’ll start the bid at five thousand.”

Someone in a suit on the deck raises his paddle. He has men on either side of him dressed identically, like they’re in uniform, and they have empty eyes just like most security slaves do. Doc has made it to the elitist stage, seated directly in front of the important figure, and he turns to look at the first bidder. It’s odd behavior, but Doc gives him no acknowledgement at all before turning back around.

“President Pope starts us off today,” the auctioneer shouts, and the crowd cheers with wild excitement. I didn’t notice him as the same person we followed out of the medical center until now. “Remember, people, this slave is strong. Not only can he inseminate, he can be a ground slave too. Do I hear six thousand?”

I never went to auction. After our capture, the surviving members of my tribe were taken to the nearest territory, the Far East Territory, all but my sister, my nephew, and I. We were brought here. The poachers hoped all of us had the same genetic pollution that I did. But they weren’t like me, and I guess they found out. I never saw them again.

A gavel slams. “Sold, to the President for nine thousand, five hundred dollars!”

Applause and shouts burst from the assembly. I refocus. I must get out of here. I study everything meticulously. Street—packed. Storefronts—all eyes on the auction block. Rations—I still have the canteen hooked to my belt. It’s not much, but it’s enough. Just then, I see my opportunity. The alley. A whooping holler by Bysshe reminds me of my risk. He’s a foot away, stumbling and waving his arms.

I sneak another glance back to my escape route and talk myself through it. You’ll need to clear the pile of homeless, fast. I could easily jump them any other day. But can I do it today with my injuries? You’ll never have another chance like this in your life. I have no other choice.

“Finally, we have the female. She’s fourteen years old and she’s not only certified fertile, but she’s also a certified virgin.”

Giddy chatter of fascination moves quick through the crowd, spurring the auctioneer to pound his mallet for their attention. “I know, I know,” he humors them as he hammers. “It’s practically unheard of, yes. Let’s settle down…”

Electric gasps fly through the assembly and all heads turn in unison, searching for the unknown bidder. There’s an uproar of approval when they discover that it’s Master Ward, sitting with his legs crossed and his paddle held high.

“Oh. Oh, yes,” Bysshe pants under his breath, and shuffles close to the edge of the sidewalk in a trance of obsession. I know how he likes young girls. And if Ward buys her, he’ll be her biggest nightmare. I almost feel sorry for her, but not enough to stick around and rescue her.

Paddles rise and fall throughout the audience as well as the deck where Ward sits, and shouts of bids fly from every direction.

Bysshe steps onto the dirt road, and he widens his stance for better balance just to stay upright while applauding harder than everyone else.

“Going once!” The cheers are deafening. My skin burns, and I can’t tell if it’s my desire for freedom or the heat of the frantic mob. “Going twice!” My perfect moment is slipping away. If I’m going to escape, I need to go now. “Sooold, to Mr. Joseph John Ward, for eleven thousand, five hundred dollars! And she’ll be worth every penny, Mr. Ward!”

Pandemonium erupts. The girl wails and pulls desperately to get away from the men dragging her off the stage. I step back … just one step … and watch Bysshe shove his dirty fingers into his mouth to whistle with dreadful excitement. I have to get away so I drag another foot back to distance myself more before I make a run for it, but it doesn’t work. My foot stops against the pile of street people who haven’t moved a muscle since I first saw them. They don’t even notice the commotion of the auction.

Ward starts to stand. I’m ready. One swift step over the vagrants and I can disappear. I turn, preparing to disappear. Holding my breath my body tenses as I start to leap. Just then I feel the warmth of a hand on my skin.

A dark and compelling read... At some point in I almost revised my categorisation of this novel to horror, and yet, I can't deny that this dystopian sci-fi held me gripped and emotionally involved from the word go to the end. I am glad the publisher's website included spot-on content warnings for this well-written, intense tale of human suffering, survival and unbreakable spirit. I'll be looking forward to reading more from this talented author. Thank you to NetGalley and the publisher for the opportunity to read and review this book.

I have read the first two books by C.L.Marin and loved them. This one was very different but I could not put it down. I read it in a day as in the beginning I was confused, interested and curious what would happen next. It has some intense and darker themes at times, but also a few turns with characters that I never saw coming. I was happy to see she had a new book released and look forward to other books that may come out in the next few years.

I have read the first two books by C.L.Marin and loved them. This one was very different but I could not put it down. I read it in a day as in the beginning I was confused, interested and curious what would happen next. It has some intense and darker themes at times, but also a few turns with characters that I never saw coming. I was happy to see she had a new book released and look forward to other books that may come out in the next few years.