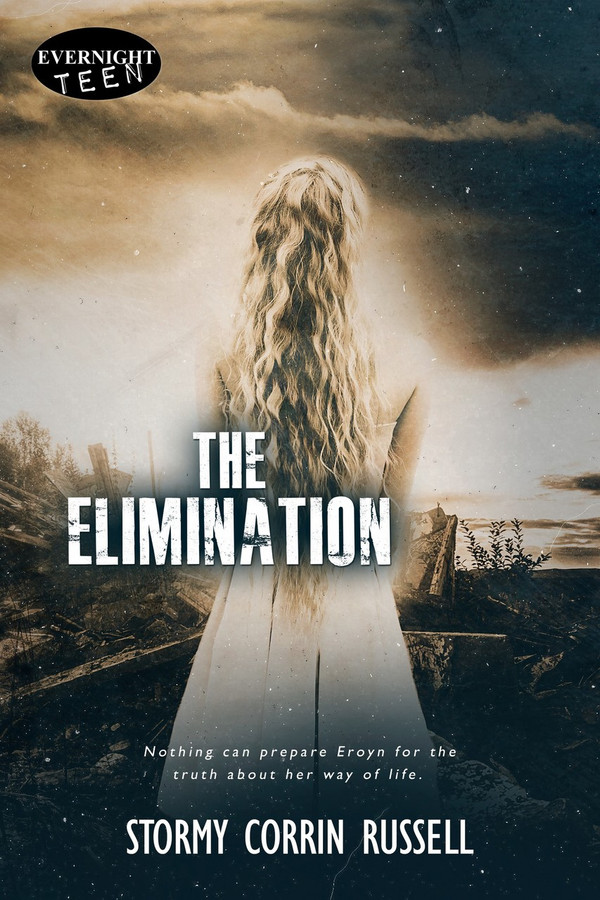 The attack is over, innocent lives have been lost, and Eroyn Fairchild has been wrongly imprisoned. From inside her jail cell, she vows to get revenge on Ryker Stroud, no matter the cost. But Stroud is not easily overcome, and his attacks soon verge on all-out war.

And though her physical battles are dangerous, her feelings for Archer are much more terrifying. It will take a journey to the male half of Compound A, sacrifices for all, and new allies to win freedom. And nothing can prepare Eroyn for the truth about her way of life.

Not long after Phoenix leaves, two women come through the door and wrench me to my feet. I don’t know their faces, but I can guess they know mine. And they don’t like me. The one on the left is leaving bruises on my arms with her fingers, but I bite my lip and don’t complain as they drag me from the cell. I wonder how many women fought over the pleasure of getting to hurt me before I’m kicked out of the compound. Probably a lot.

Rather than dragging me into the light of day, they drop me roughly at the end of the hallway, in front of feet that I recognize. Tabby.

I’m cut off by a backhanded slap, hard enough to send me reeling. The other officers stifle laughter.

I rub my cheek, eyes watering. That was unexpected. I stare resolutely at the stone floor, tears in my eyes, until the other women disappear.

I take her hand and haul myself to my feet with a hesitant smile. I forgot that no one knows about her part in all this. I guess she probably wants to keep her reputation clean. She’s under enough pressure as it is. Lacking any bit of femininity in her body, Tabby has always been under judgmental eyes. Now that the eyes are all on me, I don’t blame her for wanting them to stay there.

“Avalon’s at the gate, waiting for you.”

She points down the dark stone tunnel, and I am glad that I get to walk this far on my own. Soon, her outline is clear in front of me, and I see a smile flash across her features.

“Ero!” She reaches out to embrace me, which is almost as unexpected as Tabby’s slap. “I knew they’d let you go. I’m the one who suggested exile, you know. I begged for your life, told them you weren’t a bad person! I knew they’d let you go.” She smiles again, but this one is sadder. “I don’t havemuch to give you. They said ‘unassisted expulsion,’ but I have this.”

She withdraws a small bag and opens it, revealing what looks like bread, cheese, and maybe some smoked meat. Pushing it into my hands, she takes a deep breath.

“If you don’t, you’ll die.” Her expression is matter-of-fact. “Just take it.”

I finally stick the food into my pocket—in the same jacket I’ve been wearing for weeks— and Avalon sets to work opening a big steel door in front of us. That’s when I realize this is it. The door rumbles open after she punches in a code of numbers, a light scans her palm, and probably much more that I didn’t see.

She turns back toward me, her brown eyes wide and kind. “You saved us,” she whispers. “I remember. Even your name … Eroyn rhymes with heroine. You can survive this. I know you can.”

As the sun starts to shine through the gap in the door, it occurs to me that Avalon has been a perfect friend to me. She fought for my life in front of the Council, she gave me food, and she trusts me even when everyone else in Compound A wants me dead. She’s one of the only perfectly good people I’ve ever met.

It makes me think of Luna. Somewhere in the city, she’s probably getting off a shift at work, going home to relax. Her life has probably started to seem more normal in the weeks after the bombing. I’ve spent so long in that cell hoping for her to be forgiven, and somehow it actually happened. It’s nearly a miracle. Just as it’s a miracle that Avalon is here at the gate to send me off with her endless smiles and positivity. I should be happy about both of these things. I have my life after all. That’s more than what half of Genesis has.

A good person would be satisfied. Happy, even.

A good person would accept her punishment and march into the daylight, ready to pay for her crimes.

I’m not a good person.

“I’m sorry,” I murmur as I shove Avalon as hard as I can against the wall. Her head cracks against the stone exactly the way I knew it would.

She’s temporarily stunned, but it’s enough to give me the head start that I need. As she gathers her senses, I slip the pistol from her belt and take off at a dead run down the hallway. After a moment, I hear Avalon calling my name raggedly, sadly, but I don’t stop. I must run past Tabby at some point, but she doesn’t stop me.

The Ultimate War of the Sexes. "We deliver this ruling to promote the separation of hormonal influence from procreating, the elimination of hostility between the genders and the liberation of human beings from unattainable and unnecessary relationships." So decreed the Matriarchal Council of Genesis at the conclusion of the Gender War, long before Eroyn Fairchild was born. She knows no other world, and has never set eyes on a man outside of textbooks. Nor would she want to, given the decades of liturgy describing them as alien, aggressive, generally unintelligent and out to do harm to all females. Funny how the craziest notions can be institutionalized...as history and literature have proven. (Need I say more than "Roman Colosseum," "1984," and "Hunger Games?") Estranged from her natural parents, Eroyn is paired with an "Elder" for guidance and nurturing, as are all Genesis females when they reach the age of Mentoring. The Youth then takes care of The Elder for the rest of her natural life. (Hmmm...another institution comes to mind. Seniors Home, anyone?) Eroyn's life and beliefs are shaken however, when her her Elder dies, and her job as a security officer results in the capture of a male from The Other Side. His rescuers present a new portrait of 'male' for Eroyn, setting her and lifelong friend Luna on a path to danger and discovery of the truth about her world. More dangerous still, is the friendship she develops with a brother she's never met, and the unfamiliar but undeniable attraction she begins to feel for his friend Archer. Book 2 of this series was previously reviewed, and though well done it lacked the necessary backstory to stand on its own. Now that the gaps are filled in, I venture to say The Separation has all the makings of a YA masterpiece. Book 3 can't come soon enough!! ​The Separation is a must read and my favorite book of 2017 so far!

The Separation by Stormy Corrin Russell

The Liberation by Stormy Corrin Russell