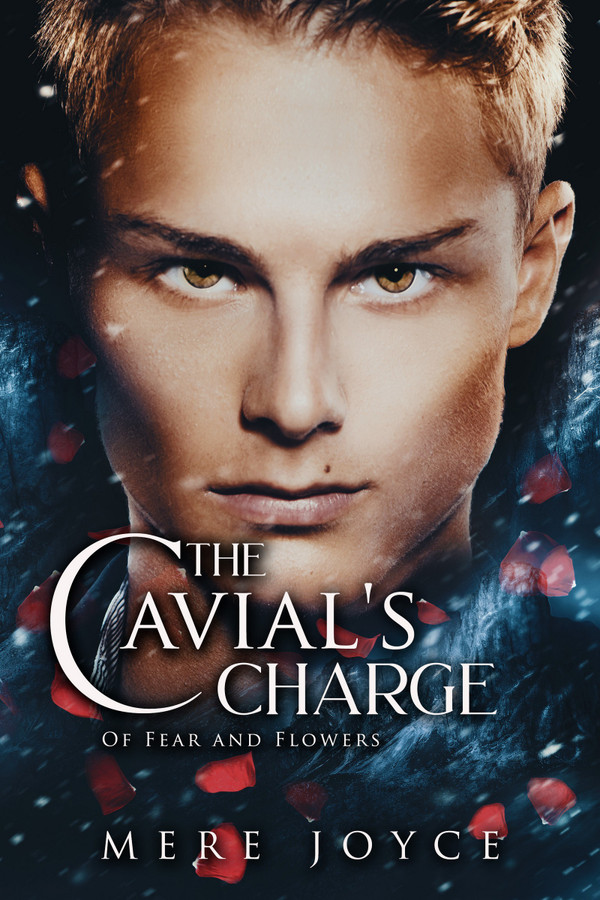 Of Fear and Flowers, 2

Nineteen-year-old Wilhelm Dortmund is ready to shed his false identity as prince to the Agrestis throne. But after The Rooster’s captain is mistakenly abducted in his place, Wilhelm instead finds himself with yet another role to play—that of the Iron Hedgehog.

Wilhelm dreams of the day he can leave the iron suit behind to find Agrestis’s true prince. But when word reaches the catafal that the Celestial Servants are experimenting on the imprisoned captain, the marquess has no choice but to take the ship north to the desolate Heart of Ice. The Servants want royalty, and Wilhelm is willing to offer himself as trade—even if it means postponing his search, as well as his deepening romance with Fitcher Nightingale. But when duty and heart clash while a battle for Life and Death looms, the false heir of Agrestis will have to decide once and for all who he truly wants to be.

16+ due to sexuality and adult situations

The morning they reached Wildfye, a knock on the captain’s door brought Wilhelm out of a muddled dream of seas and bedsheets and roses dripping with blood. He blinked, bleary-eyed as he tried to make sense of the small room with its black bed and curtains, feeling somehow that he was in a distorted version of his own room in Dortmunia’s Peak.

“Come in,” he groaned, half-expecting a courtier to enter with a message from his father. He turned toward the door and was startled to instead see Fitcher—though the man’s sudden appearance was not as unexpected as his bright smile and eager attitude as he ambled in, not at all embarrassed to have found the marquess still in bed.

“Morning, Your Grace,” the gunner said as he strode to the cupboard where the Hedgehog’s suit was stored.

“It’s Wilhelm,” the marquess grumbled. “And why are you so cheery?” He struggled to sit up, a hand ruffling through his hair. His bed shirt was loose, the linen dropping down to uncover his shoulder and collarbone. He let it stay out of place as Fitcher returned to the bed with the suit’s metal legs.

“The sky is clear,” he said. “The winds are calm. And we’re reaching land today.” He dropped the metal legs on the bed, narrowly missing Wilhelm’s actual legs in the process.

“Oh, sweet blossoms indeed,” Wilhelm sighed. He sat back against the headboard, a smile creeping onto his lips at the very thought of stepping off the ship. “When do you suppose we’ll pull into port?”

“Before noon, if we’re lucky,” Fitcher said. His eye fell to the bare skin on Wilhelm’s shoulder, and Wilhelm leaned forward, doing his best to appear attractively rumpled and not a blotchy mess who probably had pillow marks on his cheek or a spot of dried drool at the corner of his mouth.

“And then it will be just you, me, and the wilderness,” he said in a husky voice.

Fitcher’s eye moved up to catch Wilhelm’s own. The happy gleam did not diminish, though a familiar blush did make its first appearance of the day in the seconds before Fitcher turned back toward the closet.

“Leira as well. Don’t forget her—as if she’d allow you to.” He retrieved the breastplate and arm coverings and brought them to the bed, his smile dipping into a sorry frown. “Elsie wants you on deck early. The captain is always above during moorings. It means a long morning for you, I’m afraid.”

“I can handle it,” Wilhelm assured him. He pushed back the bedclothes. “I’ll have the horizon to keep me going. And the promise of a week without this damned suit.”

“Agreed,” Fitcher said. “It’ll be nice to hear your voice in the open air again … though I may regret saying so later.”

“Are you implying I talk too much?” Wilhelm asked. He flexed his toes on the cool wooden floor as he surveyed the metal contraption he would soon have to fit himself into.

“Of course not,” Fitcher said, his voice anything but convincing.

Wilhelm smirked as he looked back at the gunner. “I should punish you for such a remark.”

“And what kind of punishment would that be?” Fitcher asked. He stood a foot from the marquess, his eyebrows raised in innocent curiosity.

“Something involving ropes,” Wilhelm replied at once. He took a step forward. “Seems only fitting to pay you back for binding me at the palace.”

Fitcher’s eyes trailed back to the sliver of skin exposed on the marquess’s shoulder as he stepped closer. Hesitation flitted across his face, but at length he licked his lips with a smile.

“Do you think you could tie me tight enough?” he asked, his voice so low Wilhelm wouldn’t have heard it if they weren’t standing so close. “To keep me restrained?”

A shock of heat raced through every inch of the marquess’s body. Fitcher was full of wondrous contradictions, blushing at the merest flirtation one second and making far more suggestive innuendos the next. Wilhelm swallowed, struck with the intensity of his want. It was as if physical heat radiated between them. With the muttering of a few simple words, he was suddenly on fire.

“Which one of us is it with the wicked mind?” he asked, his voice strangely hoarse as he tried to control his wild inclinations to shuffle closer.

Fitcher grinned, his handsome face etched with mischief as he studied the spot of Wilhelm’s skin. But when his eyes finally raised to the marquess’s again, the grin slid away as his expression turned meek.

“Picking up on your bad habits, I suppose,” he mumbled. He bowed his head and stepped back, looking flustered, pleased, and confused all at once. Looking altogether too adorable for the provocative moment so recently passed. “I’ll see to your morning meal, Your Grace,” he said. His words were formal, but his voice retained a twinge of the same strain affecting the marquess. Wilhelm wanted to remark on their shared affliction. But Fitcher turned and left the room without any further pause.

Alone in the room, Wilhelm closed his eyes and forced back his desires. Kingdom came above all else. But next to that was restraint. His family was strict in that regard. Restraint always, until marriage vows had been exchanged.

A stupid rule. But in such times as these, not one he cared to argue. There were reasons for the traditions, and he would do his part to honor them. Until he burst. Or he married. He wondered which would come first.

The Catafal's Crow by Mere Joyce