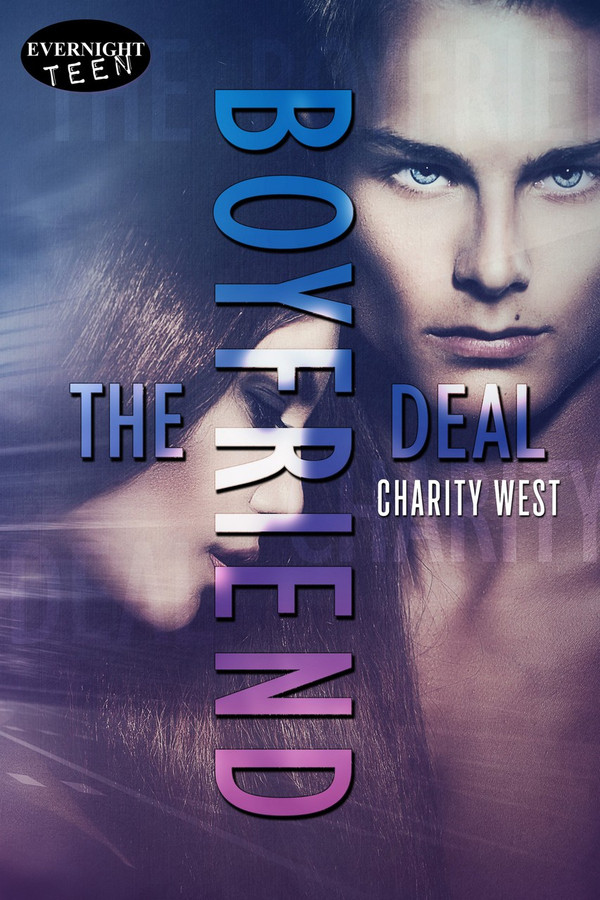 When Hadley’s ex-boyfriend starts to become a stalker, she decides it’s time to take drastic measures and kisses the first boy who walks past her locker. But she isn’t prepared for the kiss, not at all, or what happens afterward.

Tyler Robbins, the captain of the football team, is every girl’s dream guy. He has somewhat of a reputation for using girls and tossing them aside, not that it stops them from flocking his way. All of that changes the moment Hadley’s lips touch his.

When Tyler proposes that Hadley pretends to date him as a way to save them both—him from his mother and her from her ex-boyfriend—Hadley is reluctant to give it a try. In the end, she agrees, but she’s nowhere near prepared for the journey she’s about to embark on.

Seeing Hunter head my way, a determined, slightly psycho look in his eyes, made me panic. I did the only thing I could think to do. I grabbed the first boy I saw and kissed him like my life depended on it, but as my body pressed against my unsuspecting target and my lips crashed against his, three things became very apparent to me. One, the boy knew how to kiss; his lips were divine and the hands going around my waist weren’t so bad either. Two, I was slightly in over my head, as he pressed me back against my locker. And three … well, I was still reeling from one and two. Three would have to wait for later.

My eyes popped open and I stared in open-mouthed shock at the boy who had just made me melt with his kiss. Tyler Robbins. The one boy I should avoid like the plague. The only boy who had the power to completely devastate me, rip out my heart and stomp on it, and do so without any true effort on his part. I’d had a major crush on him since pre-kindergarten. Perhaps crush was too tame a word. When you’ve obsessed over a boy since the age of four, it escalated things beyond crush level.

He winked at me and moved along down the hall, as if the earth hadn’t just moved, as if lightning hadn’t just struck, as if … well, you get the point. He was everything I’d ever wanted, and the one thing I’d never have. Tyler flitted from one girl to another. He didn’t have a flavor of the month; he had a flavor of the day. Or maybe it was a flavor of the hour. Except for Alicia Thompson. She was his on again off again girlfriend for the last two years, and she was a total witch. The last time they’d broken up, she’d egged the car of his next conquest.

It took me a moment to realize Hunter was standing beside me, looking both livid and hurt all at the same time, but really, the entire thing was his fault. If he hadn’t cheated on me, then turned stalker, my lips never would have touched Tyler’s. Then again, maybe I should be thanking him. Now I could cross off a major item on my wish list. I’d been dreaming of kissing Tyler Robbins since the first time I saw him, on my very first day of school. Of course, that was before he started crushing on the snotty girl in our class, then I just wanted to pelt him in the face with a mud pie at recess.

“Why are you doing this, Hadley? Tyler Robbins? Don’t you know he’s going to use you and toss you aside like yesterday’s garbage?”

“Yeah, because there’s no one around here who hasn’t already done that, right? In case you missed it, Hunter, we broke up. You have no say in who I do or do not kiss. If I want to make out with him in the janitor’s closet, that’s my business and not yours. And stop stalking me! I’m not taking you back. Not now, not ever.”

I snatched the books out of my locker, slammed it shut, and took off down the hall. I could feel his gaze boring into my back, and I wasn’t not going to lie, it seriously creeped me out. But what could I possibly do about Hunter? My own family thought I should give him another chance; every girl in school was praying I wouldn’t, and no matter what I said to the boy, he wouldn’t take no for an answer.

What I needed was a boyfriend. Someone who wouldn’t be intimidated by Hunter, who would stand up to him and tell him to back off and leave me the heck alone. What I needed was a jock, but no self-respecting jock was going to be seen with a band geek like me. And I wasn’t even in the marching band, the semi-cool band geeks because they kept the audience revved up during football games. I played the flute, but I wasn’t coordinated enough to walk and play at the same time. Not without landing on my face at any rate.

I sat through first period in kind of a daze, not really hearing anything the teacher said. I managed to write down my assignment and shuffled toward the door when the bell rang. It seemed I wasn’t the only one in a daze and ready to leave Mr. Bertram’s math class because everyone bottlenecked at the doorway. As I was squeezing my way through, someone grabbed my arm and I found myself plastered against Tyler for the second time that morning.

Startled, I looked up at him, wondering why his hands were on my waist, and more importantly, why was he looking at me like that? You know, in that you’re the only girl in the world kind of way. Not even Hunter had ever looked at me like that. He didn’t say anything, not at first. He just stood there smiling down at me. I took a moment to admire his perfectly gelled hair and—sniff—his heavenly scent. I had no idea what type of cologne he wore, but if I could wrap myself in that scent—preferably by way of his arms being around me—then I would die happy.

As I was reading it felt as though I was Hadley and I was really there. Books like these will always be my personal favorite because no matter what your day was like you can get lost in the words.

If I could give this a higher rating I would This was a beautiful and heartwarming book and I couldn't have asked for a better book. I couldn't put it down I ended reading it all in one sitting If there ever a sequel I would love to read it but if not I will always guess what happens from there

This story definitely wasn't as long as I'd hoped but it really made me enjoy it even more! I loved the feel of it and how well the story flowed with itself. Great storyline and great ending:D

This was a short and sweet high school romance with a little drama put in the mix. If u want short and nice this book is for u.

I fell in love with Tyler and Hadley, even at a young age they had issues to over come and it seems in this day and age we have to over come things that many of us are not use to. It hit a soft spot for me, due to issues I am going through. I love their story and the connection that they have and the love that many wish for. Keep writing and inspiring many of us.

Hadley and Tyler have problems with the exes so decide to pretend to be a couple. However, there are two problems with this. One - they have always had secret feelings for each other, so this is playing with fire. Two - their exes are crazy and really want them back. Hadley's ex has become a stalker and Tyler's ex is downright dangerous. Hadley and Tyler see this as a winning situation. Hadley thinks it will show her ex that she has moved on and Tyler thinks it will show his mother that he is changing his ways - something his mom has insisted on. Will anyone take them seriously though? Hadley is a nerd and a "good" girl. Tyler is captain of the school football team and a "player". A short, sweet story of two teens who are emotionally mature for their ages but with the normal teen insecurities.

You could say that both Tyler and Hadley have ex's that are missing more than a few screws to put it nicely. The author did an amazing job of weaving them in, but not taking away from the other characters. While I tend to read more adult books, I have to say for a YA, I did not want to put my kindle down! These two characters really go well together, you could feel it from the first page, even reading Hadley's doubts throughout the book. Once Tyler put his mind to something he wasn't giving up. This is a book I would happily re-read in the future and recommend

Wow The Boyfriend Deal is a short quick little gem of a story. I loved it! Hadley is a band geek. She is a good girl. She has an ex, Hunter, that she wants to stop bothering her. She ends up kissing the first boy she sees to ignore Hunter. That boy just happens to be Hunter, the boy she has crushed on forever. Hunter is a football player that likes to party and is a player. He has an go again off again girl, Alicia. Both of them have crazy exes that they want to get to stop bothering them. Hunter comes up with a plan that they pretend to be boyfriend and girlfriend. What starts out as as deal to fake a relationship quickly becomes more. I loved that they both had crushes on each other and they are finally given the push they need to act on that. As they start to explore their feelings for each other, their crazy exes cause problems. I was definitely surprised at the lengths that their exes went to. This a great sweet read! I definitely recommend that you one click this one.

Battered Not Broken by Charity West