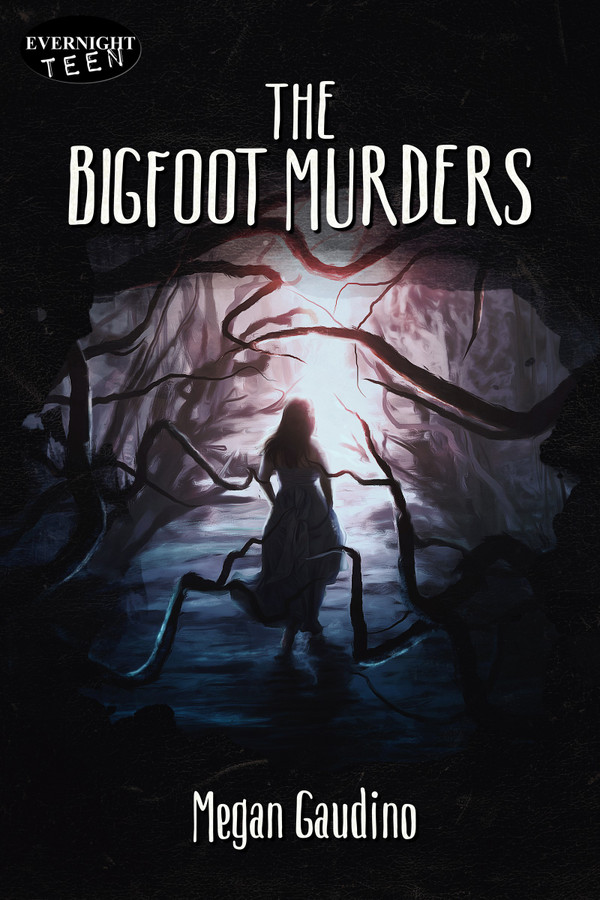 Seventeen-year-old aspiring detective Fiona Holly can’t decide what’s harder, recovering from a traumatic brain injury, or sabotaging her mom’s reality TV show about finding Bigfoot. Sick of parental neglect and memory gaps deeper than the strange footprints showing up in the woods, she embarks on a quest to debunk local superstition. Can she juggle her budding romance with Degan and the mystery she's determined to solve?

“Don’t make me carry you.” Archie tossed me the threat as he pried my fingers from the car door.

We were parked right out front of the diner. We both knew if we ate first, he would ditch me before we got the station, and I couldn’t go in there alone.

“You couldn’t carry me if I lost a hundred pounds. You’re so weak. Your arms are like popsicle sticks.” I don’t know why I said it. Of course taunting him would only make his threat a reality.

“And you’re transparent, little bird. If you didn’t want to come why’d you leave your house in the first place? That’s probably why you ruined my eggs too.”

“Is not,” was my thoughtful retort. He was kind of right though. I wanted a good reason to talk to Drew, just to see if he regretted not picking me yet, and the station just so happened to be right around the corner from the diner.

Archie got that look in his icy eyes. The one he was probably born with. The one that said he was about to royally piss me off and there was nothing I could do about it.

“That’s it,” he hollered like an ape. In a genius move, Archie tickled my armpits, forcing me to loosen my hold on the door. Then he locked his arms around my waist and before I could compose myself enough to stop him, he hefted me from the car. My gut quickly grew sore from laughing, and I wrapped my legs around his waist to keep myself from falling. Archie moved his hands under my butt for better support. I think.

“Surprisingly firm,” he said with a squeeze of his hands.

That made me laugh even harder. “I wouldn’t touch your butt with someone else’s hands.”

Archie’s height gave me a better view of everything. Our rinky-dink Main Street looked decades behind the rest of the world, with phantom trolley tracks in the middle of the road and flaking painted signs on brick walls advertising chewing tobacco and other things the rest of society had given up on.

Everything about it was still perfect though. Well, except one thing. Roadside card tables sat on almost every corner, hawking Gems paraphernalia: maps, t-shirts, coffee mugs, footprint casts, and autographed photos. I tried my best to ignore it, but with my Mom’s face on almost every piece of merchandise, it was hard.

Town was at its height of activity, with both prep and public-er kids out. The public-ers tended to gravitate to the donut shop where they’d set up camp, clamoring to one of the only places in town with Wi-Fi, until late in the afternoon. There wasn’t much else to do for them. They were normal kids who weren’t preoccupied with preserving the past and making sure nothing ever changed.

We’d only made it one, shaky, step away from the car when I spotted Degan. It was like I didn’t have to see any of his defining features to know it was him but instead, I could sense him. Degan carried a confidence in his own body that no one else our age had. Maybe no one else in the world had.

A true page-turner! Gaudino weaves a suspenseful tale that leaves the reader wondering what is fact and what is fiction. Another fantastic book bu this author.

I am IN LOVE with this book! I highly recommend it. Megan Gaudino is easily one of my favorite new authors. I can’t wait for what she has in store next.

I absolutely loved this book! It is the perfect (and unexpected) combination of Bigfoot &amp; romance. I’ve been a fan of all of Megan Gaudino&#039;s books and this one does not disappoint!

THE BIGFOOT MURDERS is a complex and convoluted YA mystery, so layered with puzzles and mystery that at times I wanted to shout, &quot;What is really true here?&quot; Needless to say I was quite absorbed throughout. I identified with protagonist Fiona and also with Archie, a strong secondary character. The backdrop plotlines were strong and foundational, making for a compelling reading experience. I reviewed a digital ARC generously provided by the author via NetGalley at no cost, obligation, or remuneration. I opted to review this title.