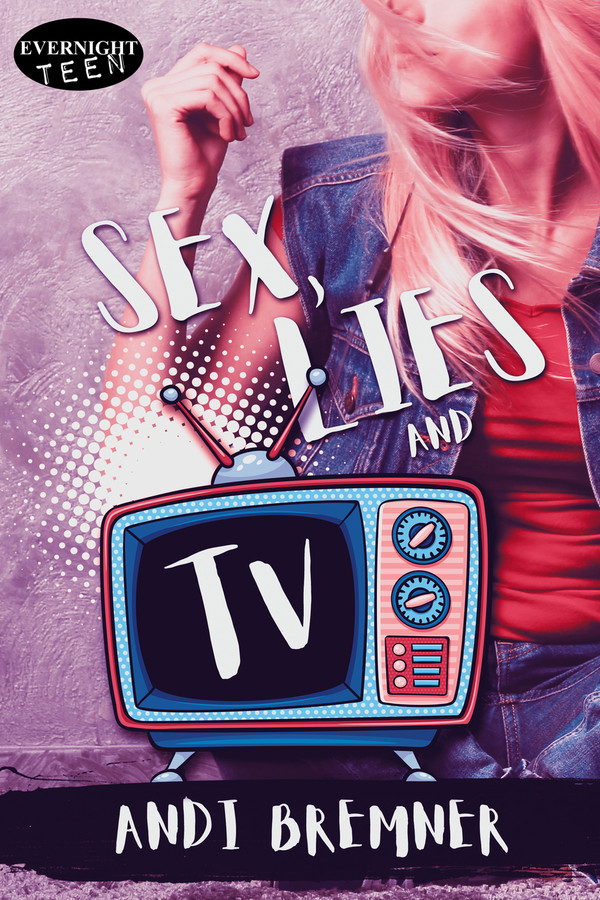 Emma is the most famous teenage girl in the world. The star of the longest running television show of all time, Emma’s Utopia. Her face graces countless magazine covers every week and her wardrobe choices and hairstyles can spark a fashion frenzy. Emma is a superstar, a megastar … and she has no idea.

Adopted by Cirque Productions as an infant, Emma is unaware that the town she grew up in, Atlas, is a perfectly constructed world created just for her. That her friends and family are nothing more than paid actors. But ratings for Emma’s Utopia are falling and there is only thing that can save it ... sex.

Joel comes from an entirely different world to Emma. When the role of playing Emma’s new boyfriend is offered he can’t refuse. They’re going to pay him for dating a pretty girl? Easy. But he didn’t count on falling in love and keeping the truth about Emma’s world a secret.

Floor-to-ceiling windows ran the length of the twenty-fifth-floor boardroom of Cirque Production Company, flooding the room with blue sky. The weather channel predicted a hot day today, not that Maddie would feel it. Arriving at work before seven this morning the sky was only just lightening to a pale lavender and would no doubt still be working when the sun set later. Those were the hours she kept.

Sitting stiff and still in the hard plastic chairs, Maddie kept her chin lifted and eyes averted. She’d chosen her best suit that morning, a dark grey pinstripe with a stark white blouse that she felt made her look both professional and formidable. Discreetly pinned on the inside of her lapel was a tiny guardian angel with her birthstone, a ruby, for good luck. Her mother had given it to her the first day she’d started at Cirque more than twelve years ago, a small, inexpensive trinket she’d picked up from the local gift shop. Maddie had forgotten about it until this morning when she’d spied it at the bottom of her jewelry box. It’d seemed like an ominous message, shining from beneath her more expensive pieces, for if ever there was a day she needed a guardian angel, it was today.

Beside her sat Terry, creative arts associate. Then there was Michelle Gates, another production assistant, plus Tom Thornton, one of the writers. The four of them were all quite friendly and regularly caught up for drinks on Friday nights, sharing amusing anecdotes of their lives outside of Emma’s Utopia. But there was no chatter or friendly banter now. Today they sat, like Maddie, still and quiet.

At the end of the table were the important players—the ones who’d been involved since conception. Of the television show that is, not Emma. Maddie knew them all. They were the ones with the money and the power, who backed the show financially and approved all the final decisions.

They would be making the decisions now. Although all decisions ultimately came down to Mr. Randolph, the brainchild behind the most successful reality television show in history. He was the ultimate puppet master, and despite Maddie’s professionalism and her own strong sense of self, she couldn’t help but be overawed whenever he walked into a room.

Someone’s mobile phone buzzed and heads swiveled in unison to stare down the table. The poor girl, a new intern who’d only been there a few weeks, turned beet red as she rummaged through her handbag for the offending item and switched it off.

And then there was silence once more.

Maddie ran the speech through her head once more. She’d rehearsed standing in front of her bathroom mirror that morning and wanted it to be perfect. Chad Morrow would not be returning to the show. They had to face that. They’d offered him the most amazing deal ever for another season of Emma’s Utopia and he’d declined. He didn’t want to be typecast, wanted to take advantage of the movie offers flooding his way, to branch out and “experiment creatively.” Maddie could hardly blame him since so many stellar careers had been launched from Emma’s Utopia, and he wasn’t the first to take advantage of the shows’ phenomenal success. But where did that leave them? With declining ratings, that’s where.

The door to the conference room opened and everyone sprung to their feet, even the bigwigs up front. Mr. Randolph was Cirque Production Company’s own form of royalty and people treated him as such. Maddie bit the inside of her cheek as he stared at each individual pointedly before taking a seat. It was only then that the rest of them sat.

“Ratings are down,” he barked causing several people to jump in their seats. “Advertisers are pulling out. That stupid movement—what’s it called?”

“That stupid Free Emma Movement is gaining momentum. There was an editorial write-up in The New York Times this morning about it.”

Shit, thought Maddie, she hadn’t seen that one.

A nervous twitter went around the room. Blake Blaxwell, another production manager, leaned forward in his chair and cleared his throat. Maddie narrowed her eyes. She didn’t like Blake. They’d been hired together twelve years ago and had been rivals ever since. They disagreed over nearly every aspect of Emma’s Utopia and the direction it would take, and Maddie felt as if Blake didn’t know her—Emma—half as well as she did.

Maddie knew everything about Emma, had made it her life to know her intimately. She knew Emma loved all animals but had a real affinity to strays, that she was a restless sleeper, sometimes waking up for hours in the middle of each night, that she loved to surf, that she enjoyed reading horror books, that she would choose chocolate over crisps any day, that she was scared of beetles and heights, that her favourite subjects at school were art and history, that she preferred eighties music to today’s, and that she was secretly terrified of public speaking and karaoke.

Maddie knew Emma. She considered herself Emma’s big sister or best friend, the only catch being, of course, that they’d never actually met.

Geography. That was all that separated them. They lived in two different worlds, one that was real and unpredictable and another that was contrived and scripted. Maddie knew which one she would prefer to live in.

Right now she caught the eye of Blake Blaxwell. He was watching her, one eyebrow arched as if he secretly dared her to speak. She couldn’t help but wonder what he had up his sleeve.

“Well?” Mr. Randolph barked yet again, “Anyone got anything?”

Eyes were averted once more, people suddenly overly interested in the subtle pattern in the wood of the mahogany conference table.

“Excuse me,” Blake began, his voice quaking just a little, “but I think I might be able to get Chad…”

“Forget Morrow!” roared Mr. Randolph. “He’s dead. Old news. I want something different. Nobody bought him a viable love interest for Emma anyhow. He was too preppy for her.”

Blake retreated back in his seat not meeting anyone’s eyes, his cheeks tinged pink, a muscle flexed in his jaw. Maddie would usually feel quite pleased with that, since Mr. Randolph was the only one who could put Blake in his place, but she was too nervous to gloat.

“Um,” she began, her voice cracking slightly, “I have something new. Or someone new.”

Maddie jumped to her feet and quickly passed a head shot around the table. Her hands trembled and she could feel her palms growing damp. Beside her Terry offered an encouraging smile. Mr. Randolph didn’t even look at the head shot, just glared at her. She swallowed. Hard. “I’ve—we’ve—been auditioning new cast members, looking for someone who might be a new love interest for Emma.” She glanced out the windows at the streaming sunlight. It’s suddenly very hot in here, she thought irrelevantly, they need to lower the temperature on the thermostat.

“Boyfriend!” barked Mr. Randolph. “Been done. She’s not interested. All she seems to care about is paddling in the water, and we can’t keep viewers interested with that. Damn girl is proving to be exceptionally boring.”

Maddie drew a breath, remembering her spiel and refusing to let Mr. Randolph’s gruff manner throw her. “I know, sir, but Chad proved that a romantic interest is good for ratings, and I suggest we mix things up a little. Chad was the football player, the good-looking guy. This new boy, Joel, is the opposite. He comes from a foster home, he has a troubled past. He’s an artist, a bad boy. A troublemaker.”

Mr. Randolph leaned back in his seat, still staring at Maddie. “Go on.”

“Well, I think we need to take the romance further. I’m sure Emma will fall for him, in fact, I think girls around the world are going to fall him. He’s the Justin Bieber of reality television. The Edward Cullen of contemporary culture. But we need to push the boundaries a little more—push Emma out of her comfort zone. Up the drama. Cover topics that are relevant to teenagers today, like drinking and drugs.” She paused. “We need to improve ratings, sir, we all know that. We need to improve them drastically, and everyone knows there is only one thing that will guarantee an increase in ratings the size of which we need.”

Mr. Randolph narrowed his eyes still staring at Maddie. She couldn’t be sure but thought his gaze had softened a little. She hoped so. If he didn’t like her idea she didn’t know what would happen to the show. To Emma. To her. She’d worked hard for twelve years, had devoted her life to Emma. She couldn’t—wouldn’t—let it fall apart now.

“And what is that, Miss Watson?”

She lifted her chin and met his stare. “Sex.”

Truth and Other Lies by Foxglove Lee