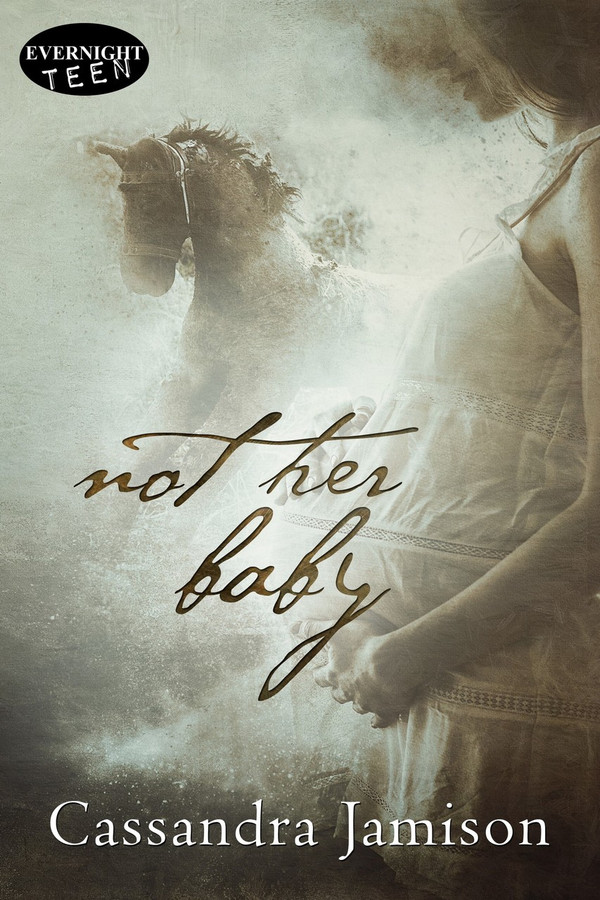 When eighteen-year-old Aubrey Dale’s cousin is diagnosed with leukemia, Aubrey volunteers to in-vitro fertilization in order to become a vessel for the donor that will save her life. Now this clean-cut high school student must learn to adapt to life as a pregnant teenager, despite still being a virgin.

Things only get more complicated when she falls in love with her best friend, Eli Calhoun, who has just returned from the penitentiary. Rumors soon spread that the insemination story is only a cover up. That’s when the anonymous threats begin. Someone in her small town disapproves of this so-called abomination.

The psychological games soon take a twisted turn, putting Aubrey and her unborn child’s lives in danger. Aubrey and Eli race to uncover the horrible truth before it destroys everything.

Dammit! I shot a glance around the empty farmland. What choices did I really have here? Take my chances in that broken-in house or wait outside—alone, in the open—in the wet darkness? A shiver shot up my spine, shoving me in after him.

From the very little light the Jeep offered outside, I could already see that the living room was trashed. It was like some kind of tornado had hit. What was odd though was that the big things were still in place—his TV and guitar, for instance. That’s because they weren’t here to rob him. So why had they come? Were they still there now?

“Thought I told you to wait in the car!”

I let out an airy squawk at Eli coming up behind me. He rolled his eyes at my stubbornness, which I just barely caught in the light before he turned back around.

I spun up behind him, peaking over to where he was staring. It was the wall between the living room and kitchen. It seemed fine: poster, clock, and mirror still intact. What did he see?! Then I spotted it, something that hadn’t been there before. It was a doll. Not a baby doll though; it was bigger than that. It reminded me of the kind I had when I was a little girl—one of those three foot tall life-like babies that you could make walk with you when strapped to your shoes. But it wasn’t a ballerina or princess. This one had on loose clothing with frills around the ankles, wrists, and neck. The face was obscured by the shadow of a pointed droopy hat. Some kind of jester, maybe.

I ripped out my phone and broke the darkness with its flashlight. White porcelain skin and immense burgundy lips greeted me. No, it was a clown. Its eyes were shiny and vacant, but that wasn’t what frightened me. It was what sat behind it, smeared in red across the wall.

The sound of something shifting in the house made me jump and I lost my grip, forcing us back into the shadows. I fumbled on the floor to find the phone.

Come on! Standing face-to-face with a message from a clown doll is not the time for clumsy fingers. This was where urban legends got started. We needed light. I finally got it back in my hand and clicked the button.

Shining it on the wall was just as horrifying as I thought it would be.

Written in the most gruesome shade of thick red paint were just four words. It was a question I’d heard once before, one that felt like a knife in my heart, a warning of some kind, a dark game.

WHO’S BABY IS THAT?

“Dammit!” I growled, thumbing to get it back on. More shuffling nearby, I half-expected something to grab us in the darkness, then I felt Eli’s urgent hand on mine. I got it back on and we both gasped, backpedaling for the door. Outside was safer. Yes, I’d take my chances there. Because whatever that possessed clown was, the toy that had once been vacant and still—it was gone now.

Aubrey lives with her father and sister. Her mainstay in life is Kailee, her cousin, who has been there for her in all the years since her mother left. This summer a lot happens to Aubrey. Eli, a friend who has been in prison for several years, returns to the town and the friendship threatens to become a deeper relationship . Kailee arrives for the summer, and Brey finds out her cousin has leukemia. Brey offers to be a bone marrow transplant donor but unfortunately she isn’t a perfect fit. She takes the next best option and agrees to have a child with a donor to provide the stem cells needed for Kailee’s recovery. At first I thought this eighteen year old was being brave in her wish to help her cousin. As the story progresses it becomes apparent she hasn’t really thought things through. One major result will be what to do with the baby when it’s born. At least one lady at her church has definite, but unwelcome, ideas about what will happen to the child. The attitude of her fellow students at high school make her life more insulated. New students at the school, demean her for their own pleasure, and danger and intrigue from an unexpected source make her life scary and hazardous. There are several sub-plots to this story which make it all the more intriguing and fascinating. I thoroughly enjoyed it.

Not her Baby is a "can't put it down" book. Ms. Jamison has a way of bringing her characters to life. I felt so many emotions while reading this book: anger, love, scared . . . It was definitely a "nail biter."

I enjoyed reading this. Aubrey's character is fun to follow, you never know what to expect with her. Without giving away the plot, she's got so many things coming at her - it's hard to guess "who" is behind it all...which made the end really suspenseful. I couldn't put the book down.

I LOVED "Not Her Baby"! Cassandra Jamison draws us in with her lovable characters that you feel like you would be friends with in an instant. I thought the topic of this story was so interesting and would have been good as a drama itself exploring this teenage virgin pregnancy, but then it also grips you with suspense and terror at the heart pounding page turns that keep you up at night later than you planned because you just HAVE to read the next chapter. I can't wait to read her next book!

Cassandra Jamison's debut novel is full of wry wit and dark twists that will keep you turning the pages. I was really impressed by this author's fresh voice, and her characters stuck with me long after the book was finished. I loved everything about this book, and I can't wait to read something else from this author.

Wow, for an unknown author this book is GOOD. She has an excellent way of capturing the readers attention. I found it hard to put it down. Sure hope she writes more.

Wow!!! What a gripping story; it had me engaged and caring about this character right from the beginning! All too often I get bored and then move quickly to another book. Not this!! I loved it right from the start. Make sure you pick up this book; it's a great summer read for the beach, or even stuck inside on cold nights. I'm looking forward to hearing more from this author!

For her first book Cassandra Jamison totally hit it out of the park!!! When reading this book it felt like I was reading a book from an author I normally read from but it kept blowing my mind every time my mind went back to realizing that she's a new author. I have never in my life had to put a book down because I was too afraid to read forward to find out what happens. This book gets very dark but that just makes the book so much better. :) Enjoy reading!

To say I liked this story would be an understatement. I was waiting for my auto repair guy to do his thing and then I paid him and went right back into the waiting room because I could not put this book down.

I don't think this book is geared only toward young adults, it's well worth reading at any age. I enjoyed it a lot and found myself emotionally invested in the story as well as all of the characters in it. The relationship between Eli and Aubrey was so sweet and at times even hilarious. I would definitely recommend it to anybody looking for a fun new read.

I just finished this one and wrote a review over on Amazon, then realized I should probably put it here too! This was such a well written book. I’ve been trying to figure out what I could even compare it to. Maybe “Juno” meets “Easy A” meets “Hand that Rocks the Cradle”. The thing that separates this one from so many other stories about teen pregnancy is that in this case, the high school student is a virgin. Aubrey is a fun, relatable, witty character who has taken matters into her own hands when her cousin is in need of a donor. Once the story begins to unravel and the danger sets in, you really begin to realize just how evil, cunning, and remorseless her stalker actually is. It is a fun and chilling book to spend a few days and nights with.

Easily in the top 5 books that I’ve read this year. The romance aspect was well-written, but the suspense had me hooked. I couldn’t close the book without peeking into the next chapter to make sure everything was ok. lol