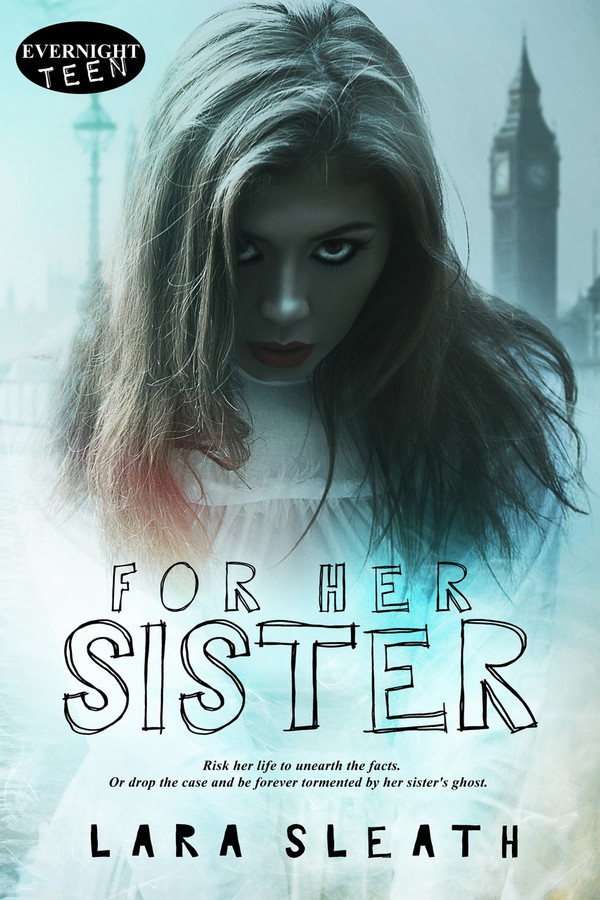 Eighteen-year-old Bresha blames herself for her younger sister's death. She knew that Arlene was gullible and fragile. Yet she still let her tone-deaf sister meet with Saul Sanderstorm, a record company mogul whose charisma is as big as his temper.

When Arlene is found floating in Camden Lock canal, the police call it suicide. But Bresha knows different. She knows that sleazy Saul is somehow to blame. And so does Arlene's ghost. Why else would she fog up mirrors and trace the letter S for Saul through the condensation on the glass? Now, Bresha has to find a way to prove that Saul's guilty.

When Bresha discovers that Saul is getting a kick out of mentally breaking singers, she wonders if this happened to Arlene. The truth has to be ugly and shocking. Because why else would Saul be prepared to do anything to conceal it?

Bresha faces a choice. Risk her life to unearth the facts. Or drop the case and be forever tormented by her sister's ghost.

Someone was screaming. She realized that it was her. She found herself on her feet. She took off down the path, her breath jagged, her shoes pounding over the gravel. Fire flashed against her legs, as the nettles stung her.

She ran a few more steps. She had to be faster than him. Surely, she was faster. He was paunchy old man. Her feet hit a boulder and she stumbled. She felt his hands on her back. Slam. He pushed her down. A burning pain shot across her cheek, as her face smashed into the gravel.

She scrambled up and ran on. He sprang on her from behind. Again, he brought her down. She twisted around. He threw himself on top of her, his weight crushing her. She reached up and tried to claw his face, but he caught her hands and pinned them down by her sides onto the path.

Bresha tried to speak, but her tongue was frozen. She gazed into his eyes, hoping to reason with him on an unspoken level, human to human. She’d read somewhere that eyes were supposed to be the view point into people’s souls. Now she saw his soul. It looked like the photograph of a cancerous organ on the side of a cigarette packet, black and festering.

He brought his head toward her lips. Was he going to kiss her like he might have been trying to do that day on the couch? She turned her head away, pushing one side of her face into the grit. He’d never kiss her. She’d die before he kissed her.

She felt him bite into her neck. He was giving her a love bite, the sick pig. She screamed as he drew blood.

I found this well written and the story quite interesting and Lara Sleath describes London life as a gritty place to live. A storyline set in a modern world still relevant in today’s lifestyle. The book leaves us with a clear message that people are never as nice as they seem. A young adult psychological thriller with a creepy horror twist. I can see good things for this writer.

Not Her Baby by Cassandra Jamison