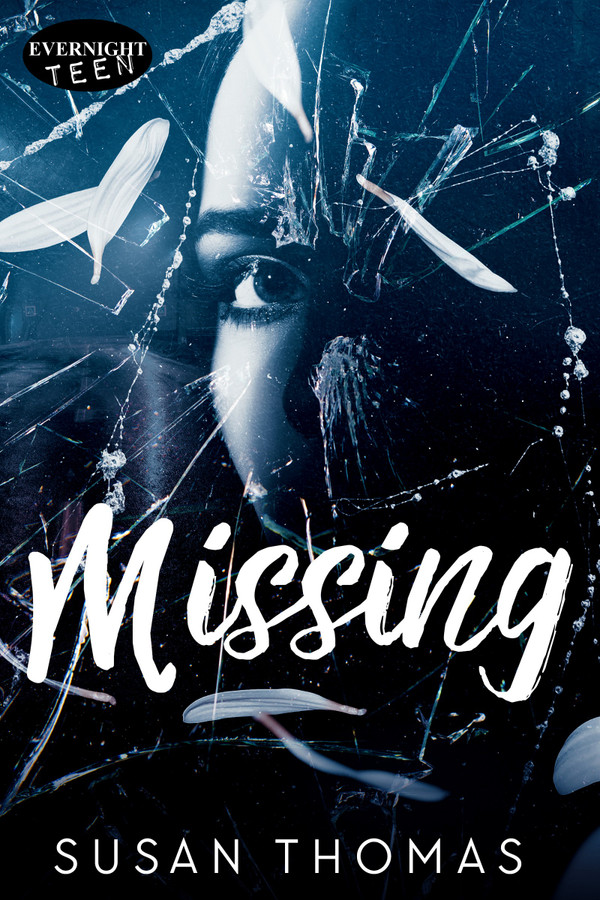 Becky May goes missing on her sixteenth birthday and only her cousin Madison knows how and why. The police investigate until the trail runs cold, but as the months go by with no word from her cousin, Madison becomes frantic with worry.

Madison’s claims that she has had recent sightings of Becky are ridiculed on social media until she begins to doubt her own sanity. Her only offer of support is from her brother’s best friend, Jake Stewart. Madison is attracted to Jake but not sure she trusts him, so how much of what she knows can she reveal?

Forced to recognize the fact that events from her past have come back to haunt her, Madison is faced with a terrifying question. Is Becky dead or alive? She and Jake put their own lives in danger in order to solve the mystery that surrounds the disappearance of Becky May.

I felt a chill along my spine and the hairs stood up at the back of my neck, like that feeling you get when you think you’re being watched. I twirled around, making sure I hadn’t missed anything.

There was no one. But there was a car, a Jeep parked at the back under the trees.

What if Becky was in the car, watching me, waiting for me to come over? For some reason she didn’t want to be seen by anyone else. That must be it. She trusted me, but this was the first time she had found me alone with any opportunity to talk to me.

I approached the car carefully. If she was in there, I didn’t want to spook her. God knew what kind of condition she was in if she had, maybe, escaped from Ransome. Or maybe she was injured. But then how could she have run? My mind spun with possibilities as I crossed the lot.

There was no movement from inside the car, not that I could see anyway. The windows were tinted, so I pushed my face against the glass, shielding my eyes from the sun. The hairs stood up on the back of my neck, but all I could see was a mess of coffee cups and candy bar wrappers.

My shoulders sagged. I had lost her again. Each time felt worse than the last.

I went down the side of the Jeep, pushing my way past the shrubs. Just to be sure I rubbed the dust off a side window and looked inside. There was nothing but some camping gear on the back seat. The trunk space was empty.

A canvas hood came down over my head before I had a chance to realize there was someone behind me. The scream that got stuck in my throat turned to a grunt as the rough fabric was tightened around my neck and cut off my air. My hands were yanked behind my back and secured with zip ties.

I put up a pretty good fight, but it was over in less than a minute. My legs were tied, and I was lifted bodily and dumped in the back of the Jeep. I rolled onto my side, and someone climbed in practically on top of me. Something stung my neck. A knife? I was momentarily stunned.

Ransome climbed into the driver’s seat and started the car. I tried kicking and jerking to free myself, but shock made my muscles slow to respond. My lungs struggled to draw in breath through the hood. Still, my weak struggles managed to knock something loose. There was a metallic clatter as something slid across the floor. The girl beside me swore. “You little bitch.”

“For God’s sake keep her under control, or I’ll come back there and deal with both of you.” Ransome sounded furious.

The car accelerated. Main street turned into a paved highway so once we were past the town limits what chance would there be of anyone noticing a struggle in the back of a car?

The Jeep did a sharp turn and gravel spun up from beneath its wheels. Now we were on the backroads. Each time we hit a pothole the girl and I were flung around in the back. There was a metallic click, a sound like a latch giving way then a cool breeze hit my face.

My teeth gritted and I kicked as hard as I could. When the car jerked over to the side of the road and stopped abruptly, my attacker and I slid across the back and slammed into the door. The sudden whoosh of air was like the sweet taste of freedom. I flew through the air, landing heavily on the road and rolled through the dirt, gravel embedding itself into my bare skin.

Blind and bound, I clambered to my feet as best I could and began hopping on two feet. It didn’t get me anywhere. I was tackled and body slammed into the ground. This time I was barely conscious as I was hoisted back into the car.