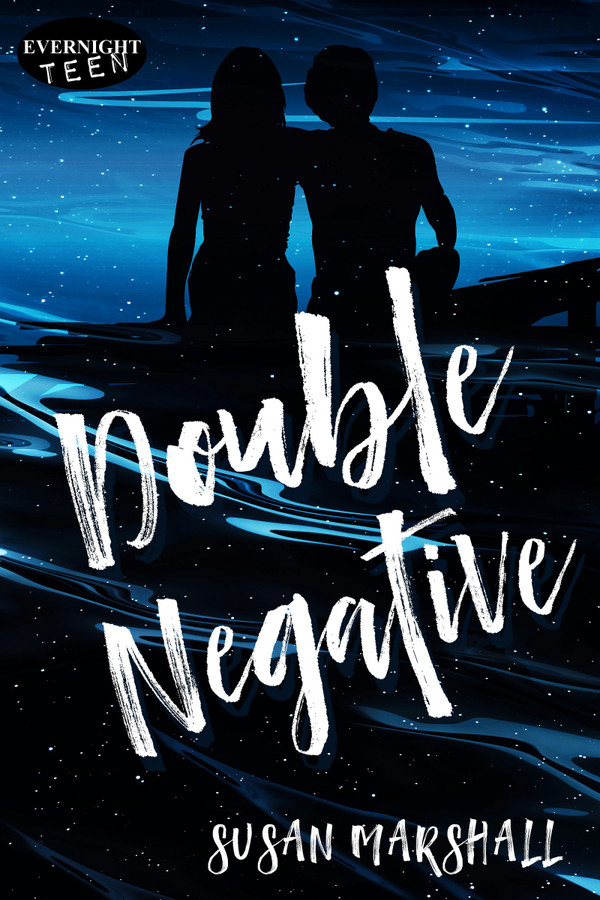 Injured competitive swimmer Reece never wanted to be Vice Prez of West Hill High. It was her brother Jamie’s idea, just something to do until she could get back into the pool.

She knew that Jamie—who led his campaign with a striptease “election speech”—would be a complete “President Dumbass.” But Reece didn’t foresee that she’d fall hard for Jamie’s Student Council rival, Zain.

Zain is hot and intense, plus an amputee and a basketball star. Between Zain’s disability and Reece’s surgery, they have their challenges, but that deepens their connection—until he drops a bombshell about his accident. Suddenly, everything important to Reece starts to implode.

Struggling with issues of family loyalty, secrets, and scars, Reece must decide if real relationships are worth the heartache.

14+ due to adult situation

The atmosphere in the auditorium was near electric. The students were gobbling up the performance, knowing Jamie’s “speech” could be stopped at any second. As he started to lower his swimsuit, DiFran suddenly—finally—stomped onstage. I momentarily covered my eyes with my good hand, and when I peeked through my fingers, I exhaled in relief. His flesh-colored t-shirt was part of a unitard. No frontal nudity today, folks.

Fists and jaw tightly clenched, DiFran leaned in and whispered insistently into Jamie’s ear. But like a pole dancer resisting the grand finale, Jamie shook him off.

High-bun girl leaned forward as my brother turned ass backward to the audience. Large black letters were written across his butt—Free on the left cheek, Ice Cream on the right. High-bun girl—and pretty much the entire student body—went insane as the dance music morphed into a conga drumbeat.

As Jamie thrust out one butt cheek, everyone yelled, “Free!” He pulsed out the other one to a refrain of, “Ice cream!” Even my gym teacher Ms. Walker started shouting along, while Jamie wiggled one cheek and then the other. “Free ice cream!” I gripped the armrest with my good hand. Very presidential.

Moving to the speed of Jamie’s bum, the chanting accelerated to a fevered pitch. Riding an ice cream vendor bike, Dean blasted through the backstage curtain, skidding to a stop. He opened the cooler, pulled out a few boxes of cones, and lifted them up high like a trophy.

DiFran took center stage, waving his arms furiously, trying but failing to halt the deafening noise. “Are you quite done?” he huffed into the mic. Jamie, who was suddenly in his trunks and at his side, shook his head. “Wrap this up pronto,” DiFran spat.

Jamie tilted the microphone toward his mouth as the auditorium quieted down. Here comes the big speech. Despite all the shenanigans, or maybe because of them, everyone seemed ready to listen. It was almost a dead silence when Jamie leaned in and spoke his first words, slowly emphasizing each letter.

“For free ice cream, vote Jamie and Dean.” He paused. Everyone sat quietly, waiting for more. But instead, Dean ripped open boxes as Jamie reached over and started firing ice cream cones at the audience. Even though I was way out of range, I ducked. A mad scramble ensued. The bull had been released.

“Wait! Stop, stop… Halt!” screamed DiFran into the microphone. “Do not throw those things, you might hurt someone. They better not be—nutty cones? Are you insane?”

Firing one more for good measure, Jamie then took a quick bow before walking offstage, with Dean biking behind. Typical Jamie, he left clothes scattered everywhere.

“Anyone with a nut allergy do not, I repeat, do not touch the cones! We’re not a nut-free school, but still, it’s just common sense!” DiFran yelled. “And do not forget how these candidates have acted so cavalierly with your health. Free ice cream, seriously? For 1,800 students? Unless one of your families owns an ice cream factory we don’t know about, I have no idea how you’re going to make good on that promise. I’m smelling more fake news here.”

The crowd started jeering and I chimed right in. DiFran didn’t stop the striptease, but now he interfered? It went without saying that DiFran was only helping Jamie and Dean. Talk about undemocratic.

It was all too much. I mentally plunged myself underwater, the noises of the auditorium morphing into the sound of splashing. I hated that my life was on hold. I felt completely unanchored, like I was floating between places.

While DiFran tried to regain control, the other two guy candidates for Prez and Veep stood off to the side. I wondered if West Hill elections were always such a sausage fest. Jamie remained nearby, talking with his other sidekick, his beautiful, untouchable girlfriend, Jae Lee. I saw Jae nod as Jamie returned to the stage. The booing turned quickly to cheering.

With a shake of his head and a grim-set mouth, DiFran slowly moved left, ceding the mic to Jamie. “You want to stick it to the man, right?” asked Jamie, as series of loud whistles pierced the air.

“The thing is we need to respect all the candidates. Hear out our worthy opponents, Philip Sanjay and Derek Phun. Guys?” he said, backing up.

“He’s all cl-ass,” said the high-bun girl reverently, drawing out the last three letters. I smiled as I nodded. Ass. That was about right.

Philip and Derek—wearing matching yellow shirts with black lettering that said, Phil your year with Phun—took a few steps forward but stopped. A dark-skinned guy with prominent square glasses walked out in front of the candidates. He swayed slightly, as if he had a sore hip, or maybe it was just a strut.

“Zain here,” he said in a low, commanding voice. He seemed to look everyone in the eye. This guy was intense.

“So yeah, Jamie. What’s not to like? But so what? It’s not a popularity contest. I’m Prez of the Athletic Council. I’ve got a big stake in this election’s outcome, and you’ve got two good candidates here, Phil and D. Phun. Solid guys, both on the Athletic Council with me last year. Basketball brothers. They’ll shoot three-pointers for you.” Zain paused, jutting out his chin as a low hum of conversation started up. He shifted his weight, looking uncomfortable, and fixed another stare at the audience.

“We don’t have time to waste with free ice cream. I’ve seen Phil and D. Phun work hard on the court, and they’ll work hard on council. They aren’t making any, like, promises. It’s what the shirt says: a fun-filled year. That’s all I’ve got.” With that, Zain looked out on the audience, unsmiling. He fist-bumped the candidates and walked off the stage, the hop strut of his hip screaming attitude.

While I do enjoy the YA genre on TV, this was my first YA read. Double Negative reminded me of the ups and downs that come with being in high school. The main characters were developed well and left me thinking about them between reads. I thoroughly enjoyed this book and wouldn’t be surprised to see it turned into a tv series.

At first glance, I was a little overwhelmed with the sheer depth of descriptions surrounding Reece&#039;s love of swimming. Not too long into it, you get a better understanding of why Susan does this. Swimming has been this girl&#039;s whole life. It&#039;s how she copes, it&#039;s how she identifies, it&#039;s all consuming. Susan&#039;s writing is wonderful. I truly enjoyed reading this book. Her character development was on point; giving you characters you either loved, hated, or just wished would shut up. She reminds you about how it felt as a teen to go through heartbreak. Overall, this was a great read. If I could change anything, I would have liked the ending to be more solid. There just seemed to be this unexplained truce and all is forgiven type feeling

I wasn&#039;t sure what to expect but I really loved Double Negative. It was an rollercoaster in terms of emotions and relationships, and the characters were great, especially Reece, who is so fierce and passionate.

Evernight Teen, Thank You for this eARC! I devoured this exciting, action packed story which has a promising, intriguing, tempting premise. Our characters are relatable and believable with their issues and drama. Reece, I was pulled right into her world. Zain was another great character who i really enjoyed getting a glimpse inside his world. This has some romance which I thought added that much more to the story. This was one well written young adult novel. The book’s pace was fast, whirlwind, heart throbbing and conclusion was well wrapped up as it was expected. ⭐⭐⭐⭐

“I had always loved strong, healthy bodies. But now I understood vulnerability. I respected tenacity. I knew that strength was not always physical.” (Quote from ARC) “Double Negative”, by Susan Marshall (Evernight Teen), is a very entertaining story with teen people who are realistic, relatable characters, showing a mix of innocence, maturity and smartness that can be irresistible. The love story is very sweet and I really liked how it was developed. I found the heroine very well written. I loved her passion for swimming and competing, how it is so ingrained in who she is and what she does. Her honesty is compelling, too. Zain, the young hero, is very attractive: a bit tortured, living and adapting to a new reality in a very pragmatic way. &quot;Hot and intense&quot;, as Reece says... I thought all characters were interesting and well developed; even the annoying ones. The interactions and dialogue are vivid and seemed appropriate for the characters’ ages. I particularly liked Reece and Jamie’s relationship.