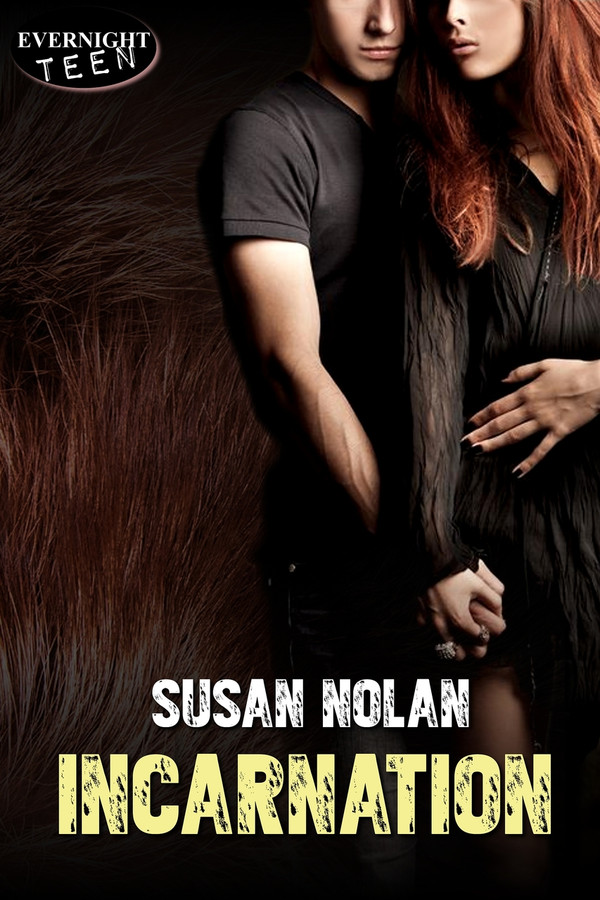 Katherine Blair has no idea she possesses supernatural abilities. Not until Richard St. James, an intriguing and mysterious classmate with powerful skills of his own, initiates her into his world. Wanting to explore her newfound shape-shifting powers, she spends time getting to know Richard, only to find herself increasingly drawn to him as time goes by.

Haunted by dreams of ancient times, she is caught in a desperate struggle against past injustice. The link to this unknown past experience sends her own life plummeting into the dark realms of revenge and murder, as she attempts to reconcile her feelings for the young man she’s come to rely on to protect her and keep their shared secret.

Will Katherine and Richard be able to break the spell that has held her captive through the years, before it consumes her? Can their budding young love survive tragedy, or will they be torn apart?

"Open your mind," Richard whispered. His warm breath fanned my cheek. I tried to twist away from him but he reached out and drew me back.  "Trust me." His voice sounded soft and seductive against the quiet backdrop of the woods.

A frisson of fear crept down my spine but I closed my eyes and settled back against the slight rise of the hill.  "I’m not sure what you want me to do."

Richard tried to calm me.  "Just listen to what's around you."

"You make it sound so simple." I turned my head uneasily in the grass. Forcing myself to relax, I tried to do as he asked, concentrating on the soft sounds of the woods, letting the sun soothe me, willing myself to lie quietly.  I could feel the breeze play lightly across my skin, sweet with the scent of clover.  It seemed like forever, but despite my reluctance, I felt myself drifting, beguiled into a dream-like state.  The minutes seemed to pass more slowly as I felt my breathing deepen, and I had a sense of time stretching beyond the small clearing that surrounded us.

I was not prepared when, faintly, I heard him speak again.  His voice was different this time, calling my name, echoing and far away. I opened my eyes and stared at him in shock.  He was leaning over me, watching my face intently, and though I heard him speaking, his lips didn’t move. I watched him, mesmerized, as his thoughts mingled with mine.  His gaze darkened, and I rolled away quickly, springing to my feet.

Richard moved carefully back, the light wind tossing his hair.

"What was that?" I hissed.  I could feel my heart pounding in my chest as I stared down at him.

His lips twisted slightly, but he said nothing as he raised himself to sit, resting his elbows on his knees.

"I mean it," I insisted. "What happened? Was I doing some kind of freaky mind-reading trick?"

He kept his voice calm. "It’s not mind-reading. It’s more like … thought projection.  I'm sending thoughts, and you're receiving them."

I tried to digest this, but eyed him, suspicious. "So you're the freaky one.”

Richard shrugged. He looked so maddeningly beautiful with the sun glinting through his blond hair, that freaky didn’t really work.

"Not entirely. The ability to receive thoughts usually goes with the power to send them.  That puts us both in the same boat."

I began to pace, confused and grappling with what he had said, and then swung around to face him, tucking my hair behind my ear.  "So you're saying that I can send thoughts to you?"

He nodded once, his face gauging my reaction.

"I don't believe it." I wasn’t letting myself believe it. The sounds of the woods had returned and everything seemed as normal as it was a few minutes ago.

Richard watched me and I could hear the amusement in his voice. "Katherine, please sit down. You're really intimidating when you stomp around like that.”

He shifted forward and his voice became serious.  "I know it scares you right now.  That's why you need to understand exactly what you're capable of."

"Why is that so important?" I sank to the ground beside him.  "If I really can do this––and I'm not saying you've convinced me––why can't I just ignore it?”

"Be reasonable.  If you're projecting thoughts into other people's heads, don't you think you owe them the courtesy of controlling what you're sending?"

I shrugged his words aside, impatient.

He gave a short laugh.  "Remember what you did to me at the soccer match?"

I crossed my legs and cupped my chin in my hands, narrowing my eyes at him. "Are you telling me I made you fall?"  A picture of him pitching headlong onto the field filled my mind.

He grimaced.  "It was embarrassing, Katherine. And you must have been having some pretty wicked thoughts about me to make that happen."

I tried to look repentant but couldn’t resist a smirk. "It was petty revenge," I admitted, "because you made fun of me in music class."

"I did not.” His mouth twitched at the memory. "Well, maybe a little."

"Oh, right!" I tried to push him away but he grabbed my wrist and rolled over onto his back, dragging me halfway on top of him. I froze briefly and then pulled myself back to a sitting position.

He looked pleased with himself as he sat back up. "But that's exactly what I mean. Your thought projection capabilities are a lot stronger than mine. You need to develop some control."

Me? Out of control?

He raised his hands to his head and yelped. "Okay, there's no need to shout.  I get it.  You're not happy about this."

I looked at him in amazement.  "You heard that?"

"Yeah, very loud and very clear.” He shook his head. "Can’t you be a little more subtle?” His body relaxed as I tried to calm myself.  "Better, thank you… and I accept your apology."

“Seriously, Richard?”  I was in way over my head.

"What kinda freaks me out is your ability to receive." He said it casually, as if this was not my life he was discussing, but some weird science experiment. He leaned back on his elbows, his lean, muscular body stretched out on the ground.  I tried not to be distracted by the sight. "You seem to be able to intercept thoughts that aren’t being sent directly to you, and we need to explore that."

This was getting way too intense but I only hesitated a minute before caving. What choice did I have? "What do you want me to do?"

Katherine’s life has already been marred by tragedy, but is her future destined to be even darker than her past? Katherine handles her introduction into the supernatural world fairly well considering how much she learns in a short period of time. When she’s having a hard time coping with the news that she is a shape shifter, she does what any good bookworm would do. She goes to the library. I like that she wasn’t content with the information Richard provided and took the initiative to find out more on her own. At first Katherine is fascinated by her abilities as well as Richard’s, but it isn’t long before she learns just how dangerous the supernatural world can be. I had a very hard time figuring out how to define Katherine and Richard’s relationship. At first they both seem mildly irritated by each other. However, once they start spending more time together, they became fast friends, and I got the feeling that romance might be in the air. It is clear that Katherine has feelings for Richard, but I’m having a much harder time figuring out where Richard stands, especially given how he behaves around Meredith, a girl in his class. When Katherine questions him about his romantic past and what his relationship with Meredith is, he is unwilling to talk about it. I found this odd because Richard professes to care about Katherine, yet he continues to associate with Meredith even though she is openly hostile to Katherine. I also have the feeling that Richard is hiding things from Katherine. I don’t think he has lied to her, but he is very selective about the information he shares with her. I can’t decide if he is doing this because he is trying to protect her, or because he is trying to keep her dependent on him because she has so much potential. I do think Richard cares for Katherine, but I can’t shake the feeling that he has ulterior motives. Katherine’s connection to the past is still very murky by the end of the story as is the link between Katherine and Richard’s families. The book felt a bit choppy at times, and I was left wanting more detail. Again, I think this is due to the fact that Richard is hiding something. The conclusion is very open ended and left me with even more questions. I can only hope that Ms. Nolan has plans to continue Katherine’s story in a sequel. Overall, I enjoyed reading Incarnation. It is a fun, fast paced book for anyone looking for a quick paranormal read to spend an afternoon with.

Incarnation is a story with all the right stuff. Romance, intrigue, secrets, surprises, characters to root for, characters to boo. The imagery throughout brings the setting to life, feels like you are there in the midst of Little Chatsworth, at Gallows Hill, in the woods. Well done Ms. Nolan! When is the sequel?

This book has it all: intrigue, relationship, action, and the promise of more to come from our shape shifting heroine, Kit. I recommend this to anyone who loves to get lost in a well crafted story.