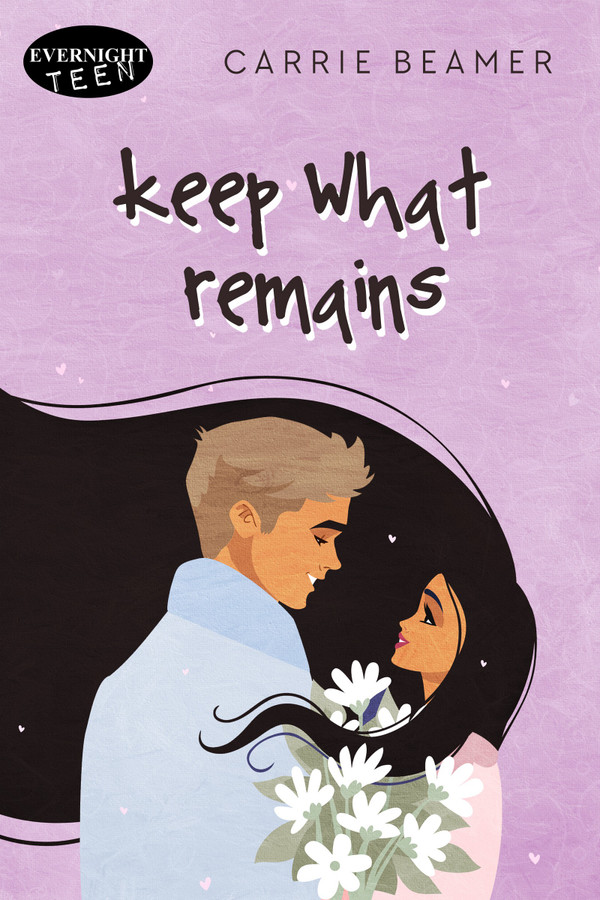 It’s 1985, MTV and big hair are in full force and sixteen-year-old Megan is navigating her mediocre life inside the bubble her overprotective dad created for her. Just when she thinks her social life’s dead, her best friend Tessa—a coquettish risk-taker—moves to a new school, and Megan embarks on a journey with Tessa that changes everything for them.

When Megan meets a boy named Jason, who’s a charming misfit, she’s pulled into his world capturing her heart and luring her away from her old, safe life. Diving headfirst into an all-encompassing new love, she soon gets caught up in the lies she’s told while experiencing emotions only first love brings.

Tragedy strikes bringing Megan heartbreak and yet, a new beginning. Megan’s left to make the hardest decision she’s ever faced. Will she choose to go back to life before she met Jason or choose love over everything else.

Tessa having a surprise for me that involves her new crowd is what’s making me so skeptical about tonight. She’s getting involved in things we’ve never done before. I guess she tried smoking pot about a month ago at Lori’s house but said it was no big deal. She explained that she coughed so much she felt like an idiot and hasn’t tried it again.

It made me sort of jealous because I always thought that if Tessa and I ever did try pot, it would be together. Realizing that’s a stupid thing to get jealous about, I push it from my mind. It’s not like she’s replacing me. You can’t replace your best friend from second grade who trusted you enough to let you teach her how to use a tampon at age thirteen. It was a bonding experience I could’ve done without, but I couldn’t continue to let her wear a pillow between her legs every month.

Unhooking her bra, Tessa takes it off and stands in front of the mirror, doing what I call her are-my-boob’s-bigger-routine. It looks like she’s doing some weird mating ritual with her arms, flying up and back, her naked chest out for all to see. She’s done this since the fifth grade, and it never ceases to amaze me that she hasn’t caught onto the fact that it’s a waste of time. But that doesn’t stop her from taking it very seriously. She keeps measurements written down in her diary to compare the stats week to week as if there will be a change.

“Notice a difference?” Her eyes are full of hopeful anticipation, like a kid waiting for the ice cream man to hand over her bomb pop.

“Yes, I think you’re for sure finally getting them,” I say, trying not to make eye contact. “Like totally.” I drag the last word out for emphasis.

“You’re not a good liar, and I swear to God if they don’t come soon, I’m going to have no choice but to buy one of those padded bras like my mom wears. I can’t have Riley thinking he’s dating a girl that’s as flat as Kansas.”

“I think that’s an awful idea. Those bras are the biggest sham ever. You go out with a guy, and he thinks you have these great boobs and then when he takes your bra off, he realizes it’s all a big trick. You don’t want to be known as a bra stuffer,” I say.

“Well, I’m screwed then. Riley’s going to be excited to see under my shirt at some point, and all he’s going to get is this flat nonsense.” She juts out her chest toward me.

“I really think if this guy’s the keeper you say he is, he’ll be excited for whatever the hell you have going on under your shirt. He isn’t worth a damn if the size of your chest bothers him.” My smile drops, and she knows I’m not kidding. She needs to stop picking guys that only care about her looks and not everything else she has going for her.

When I was eight, I heard my dad tell a buddy that he fell for my mom because she had great knockers. Until Tessa told me what knockers were, I was confused as hell, and once I knew, it took effort to keep myself from puking. Even if my parents weren’t together anymore, it’s still disturbing to think of them like that. I’m not sure why my dad’s surprised that his marriage went down the toilet. You don’t marry someone for her boobs and expect to find your soulmate.

After spending two hours trying on outfits and applying our make-up, we’re both satisfied with how we look. I decide on a pair of bleach-splattered denim short-shorts that my dad would kill me if he knew I owned, and Tessa’s gone with a short denim mini-skirt and a pink tank top with silver and black paint streaks splashed all over it.

We stand in front of Tessa’s full-length mirror, double-checking our teased bangs and matching lavender eye shadow. I turn around and admire my backside and the smooth olive skin I’m naturally blessed with in the summer, and then we head downstairs to ask Tessa’s mom if she can drive us to Lori’s house. If my dad saw me done up like this, he would know I was doing it to attract a boy. He thinks I’m sleeping over at Tessa’s and that we planned a movie marathon for the whole evening. My dad nor Tessa’s mom have a clue what we’re really doing tonight. Neither do I for that matter, now that I think of it.

“You girls look fabulous,” Janet says, turning from a sitting position in front of the giant potted plant in her bedroom with her legs folded on top of each other. She finishes her deep breathing and stands to stretch. “Any fun plans happening tonight?” Rushing over to admire Tessa more closely, she lays a hand on her shoulder.

Tessa shrugs her off with a look on her face that implies she doesn’t think Janet deserves to know our plans. “We want to go to Lori’s to watch some new videos on MTV and, like, do each other’s nails,” she lies, barely making the effort to come up with a believable story.

Before Tessa moved, that’s exactly what we’d be doing on this Saturday while sneaking some of my dad’s peach schnapps. Just the two of us. Schnapps in any flavor is our favorite thing to get our hands on. My dad always has some stashed in the back of our freezer that we can sip on. It makes us feel warm and fuzzy inside—kind of like Nyquil without the medicinal effect that makes you want to sleep for a whole day. She closes her eyes in annoyance, waiting for Janet’s verdict. “Well? Can you drive us to Lori’s or not?”

Teen angst at its finest!

Completely relatable “coming of age” story. A must read.

This book is SO RELATABLE, relevant, and well written. I’m an adult woman and loved it, and am buying a paper copy to share with not only with my friends but my tween and teenage nieces! The experiences and heartaches of Megan are universal- we’ve all gotten caught up in love no matter our age. ❤️ Carrie Beamer is such a perceptive writer and every chapter took me straight back.... I totally miss the woes of those hairspray and boy-filled days

Plain and simple, Carrie Beamer knows what the reader wants and delivers. The main character, Meg, makes this story easy to get invested in. She&#039;s real and authentic, practical without being boring, responsible yet reckless in love, which makes her journey believable and leaving the reader yearning for more. During the course of this book, you understand Meg&#039;s choices and why she makes them. You understand why a once prudent girl with much responsibility at home would throw caution to the wind when it comes to her first love. She finds herself in a heavy predicament almost as soon as this sweet love story takes off, and as much as it breaks the heart, it&#039;s sobering and real. In my opinion, Keep What Remains is an impressive debut novel. It&#039;s the best coming of age story I&#039;ve read in a very, very long time. Be prepared to get transported back in time to your teenage years!!

This was a fun and engaging book to read. Great job to author Carrie Beamer!

This book is SO RELATABLE, relevant, and well written. I’m an adult woman and loved it, and am buying a paper copy to share with not only with my friends but my tween and teenage nieces! The experiences and heartaches of Megan are universal- we’ve all gotten caught up in love no matter our age. ❤️ Carrie Beamer is such a perceptive writer and every chapter took me straight back.... I totally miss the woes of those hairspray and boy-filled days

Keeper of the Gate by Paula Kennedy

What's a Soulmate? by Lindsey Ouimet