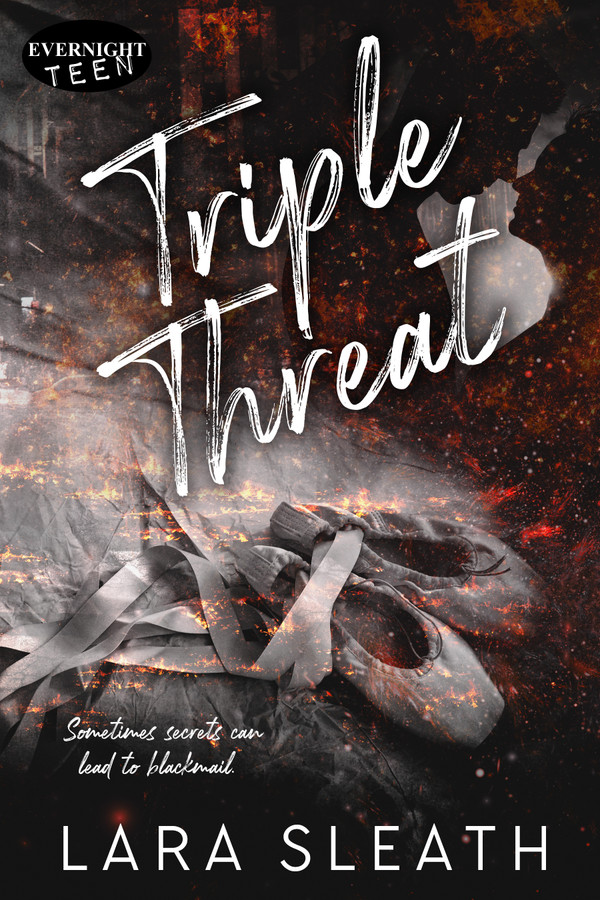 Sometimes secrets can lead to blackmail...
Charli Reily needs to be a Broadway star. It’s the only way she can escape her sucky new life in the crappiest part of Vancouver. Here, her only friend is Logan, the boy with the biceps from across the road, who has the latest high-top runners and enough street smarts for them both.
To get to Broadway, Charli needs to be a triple threat. She has to be able to dance, as well as act and sing. When the owner of the local dance shop offers to teach her for free, she finally feels like she's inching toward her dreams. Not that Logan’s happy. He doesn’t want her flitting off to Broadway. He wants her to stay in the hood with him.
Then Charli does something seriously bad. She confesses the shameful details to Logan without realizing that she's given him the ammunition to start blackmailing her.
Soon she faces a choice—stand up to him and risk her future, or get sucked into a downward spiral.
14+ due to adult situations
Excerpt:

Turning to Logan, I began to dance, following the rhythm of the drums. Logan danced with me. He moved naturally with fluid movements like he’d been to raves before. He wiped his brow, pulled his t-shirt off over his head, and stuffed it into the back pocket of his low-slung jeans.

He was close now, almost touching. I eyed his smooth, tanned chest and the contours of his muscles. The band of his boxer shorts peeked above the waistband of his jeans. A line of blond hair grew from his belly button, down his pubic bone, and disappeared beneath his jeans. That line. I couldn’t stop staring at it.

When I up glanced up again, I caught him watching. I flushed. His eyes were glazed over. He looked at me the way he’d look at an ice cream sundae on a hot summer’s day. I grabbed the bottle from him and drank some more. The bottle was starting to feel light in my hand. Although I still hated the taste of the vodka, I was beginning to get used to it.

One of the dancers knocked into me, and I stumbled and fell forward into Logan. He put his arms around me and held me as we danced. His arms were strong around me. He smelled of the summer and of the beach and of never-ending nights. Still dancing, I rested my forehead on the hard wall of his chest.

The drums grew faster, heading toward a crescendo. The dancers were crying out, whooping, and cheering. The moon was like a laser beam that shone pinpoints of light onto the parts of people’s bodies—onto their jawbones, their tattoos, their collarbones, and the blades of their shoulders. Faster and faster, we danced. Still, Logan held me tight in his arms.

I pulled away from him. “I’m thirsty. Do you have any water?”

I hiccupped. “Sorry, that was gross.” I giggled.

He pulled me out of the crowd. In less than a second, we were at the ocean’s edge. The water lapped ahead of us, dark and mysterious. People were still partying on the yachts, but they didn’t look as if they were having as much fun as the dancers at the drumming circle, and I felt sorry for them.

I dug my toes into the sand. I’d lost my shoes, I realized.

“Can I have some more vodka?” I asked Logan.

“But it was so delightful.” I had to hang on to the end of each word to stop myself from slurring.