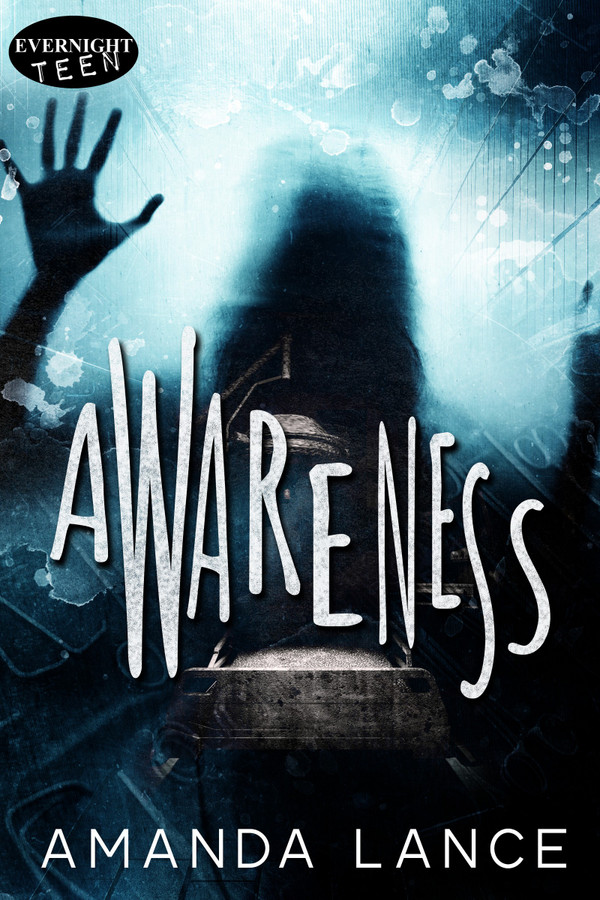 Eighteen-year-old aspiring painter Eliza Harper doesn’t believe in hell. When she wakes up in the middle of surgery, however, she learns just how wrong she was.

After attending a party with her three best friends, the night ends in a terrible accident that puts Eliza on an operating table. Awake yet paralyzed, in a condition known as anesthetic awareness, Eliza leaves her body and begins a desperate search to discover the fate of her friends.

Though unable to make herself seen or heard, Eliza still experiences a journey unlike any other. Torn between life and death, Eliza begins to understand the importance of the people in her life—and what it really means to love unconditionally.

16+ due to adult situations

I flee from the surgical waiting room at the first opportunity. I can’t stay and watch the rest of my world fall apart all around me. I choke on tears that refuse to fall. I need to be alone. To figure all of this out, to get a grip on myself. A task that feels impossible, and I don’t think I even have the energy to try.

I see a sign for the stairs and follow it. Sneaking through the door behind a woman in scrubs who’s looking at something on her phone. The concrete interior makes the stairwell ring hollowly. The drop in temperature in the dim, blank space helps me cool off. I sit on a step halfway down, careful to avoid a wad of gum stuck to the tread.

Closing my eyes, I search back for good memories, to calm my racing heart. But my head is spinning like a reel of clips, random scenes from several unrelated movies. I know what I’m looking at, but the plot doesn’t make sense. None of it makes sense. What the hell happened to us? Why are we even here?

We were together. The four of us. Going somewhere.

That’s obviously how I must’ve been hurt so badly, how Spence hit his head. It’s the only thing that makes any sense. My friends and I were in a terrible car accident.

My friends. Oh, God, where are Alice and Isaac?

I bolt up and run down the stairwell back out into the ER on the first floor.  I didn’t see either of them out here earlier with Spence. And surely, I would’ve spotted them if they’d been nearby.

Maybe they were taken to different hospitals? Or maybe Spence dropped them off at Isaac’s house before the crash even happened, so they weren’t hurt at all.

Or maybe … maybe they’re in the morgue.

Of course they can’t hear me, but I scream to them, “Isaac! Alice!” I run around sticking my head through every open door I find. Blood pounds in my ears. I pant, lungs burn from all the running, but still find no sign of them.

What if they’re lost, too? Wandering around outside of their bodies somewhere, like I am? If they are, I have to find them. They’d do the same for me.

I’m not entirely sure I can handle it, though, if they aren’t going to be okay. My fingers trace the color-coded lines on the directory—a large display that takes up most of the wall. I do my best to try and memorize it, but my fear makes it harder to remember the abbreviations and colors assigned to each department.

There’s a squeaking sound behind me. An orderly in a white uniform is pushing a gurney. There’s a long form lying on it. A person. Covered by a white sheet.

Oh, God, could one of my friends be under that white cloth?

I let the orderly lead me into the elevator and I stand next to this thing. This empty body a person used to live inside. Even if Alice or Isaac are under there, it won’t be them. Only the shells they carried themselves around in.

The orderly presses the lowest button on the elevator board. The one marked with a large B. For basement, I guess. Like an underworld where they bring the dead bodies, before shipping them off to a funeral home. The fluorescent lights overhead flicker and whine as we exit the elevator.

It’s a slow walk down that concrete corridor painted in an uninspiring shade: depression gray. Here, there are no plaques of inspirational quotes or portraits of major hospital donors. Just an endlessly long hall, cold enough that I cross my arms and tightly hug myself.

The orderly wheeling in the body, the empty shell, doesn’t even shiver a little, or look uneasy. He casually signs in with a security guard at a metal desk. They exchange pleasantries about the weather, then the outcome of a Yankees game. Like the people operating in the ER, this is just another day for them. Just another dead body. Like the surgical staff working on my body, I know it is just another day for them, that they wouldn’t be able to do their very important jobs if they freaked out over the sight of every dead person. I know this.

But it doesn’t make it any less creepy.

When the orderly finally moves on, I trail along behind him. The further into the room we go, the colder I get. There’s nothing overtly frightening. No blood or gore or even spiderwebs. Unlike a haunted house, however, that makes it scarier. Like everything that’s out to get me is just more discreet—hiding until it can hurt me properly. The hair on the back of my neck stands up anyway.

Inside, the morgue looks just like it does in the movies. The floor has gray linoleum tiling, punctuated with drains and tubes that lead somewhere unknown. A row of large metal gurneys up front. A wall of steel drawers. Guess all they have to do is pull on the handle to slide the bodies in or out. When you see a morgue in the movies, though, you never think about the smell. An upsurge of sweetish, musty stink that smells something like rotten eggs and farts. Hints of bleach and blood and old cabbage sprinkled with cheap perfume. It reminds me of the time a mouse died in the walls of the basement. Even after Dad removed it, the stench lingered for weeks. I get the heebie jeebies just thinking about that.

I gag the first time I inhale deeply through my nose, and decide not to do it again.