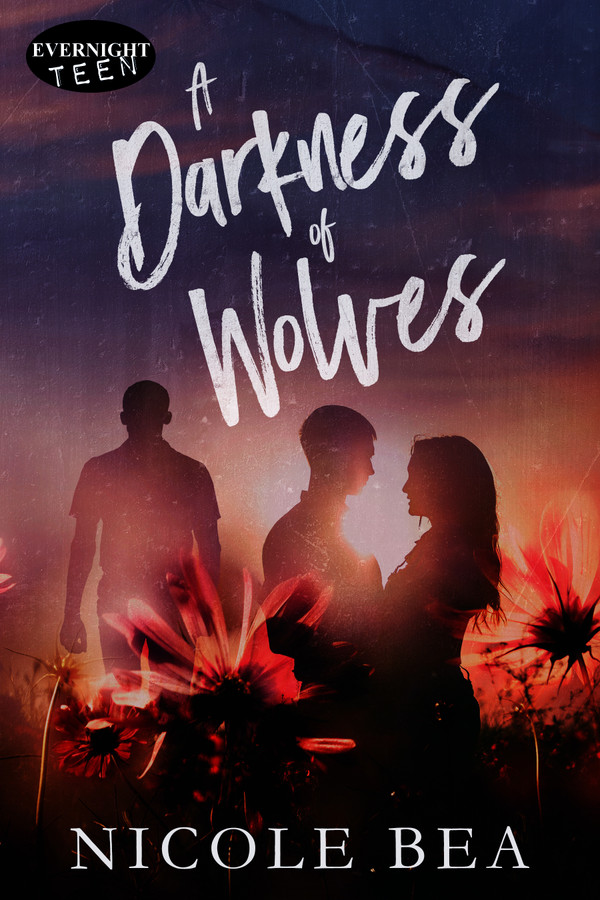 One weekend changed everything for eighteen-year-old Wynrie Lowe, and she's been on a downward spiral ever since. Her moods change from one extreme to the other, happiness to sadness, with nothing in between. Something is very wrong, and she doesn't know how to fix it.

As Wynrie's emotions grow dangerously unstable, her boyfriend, Ezra, struggles to weather the storm. But will he even still want her once he learns the truth about that weekend? And as her world is torn apart and rearranged, can Wynrie find the strength to reach out for the help she needs before it's too late?

I picture Dawson in his plain clothes, a tight t-shirt and tight jeans, his blonde hair crew cut down almost to his scalp and a tinge of five o’clock shadow lining his jaw. If you put him next to Ezra, they’d look almost opposite, Ezra with a wilder and more free approach to his appearance, while Dawson gets paid to look like anyone else in his regiment. I always liked the way they balanced each other out.

As I think about Dawson, heat crosses my cheeks, and a little whisper escapes my lips as I reply. I’m betrayed by my own voice, the words coming from my heart rather than my head.

“Maybe I enjoyed it. The kiss. Maybe it wasn’t as bad as I’m trying to convince myself it was.”

*Note: I received a copy of this book in exchange for an honest review. I have a soft spot in my heart for books that deal with mental illness, especially books that do it well. Please consider this a warning that this book definitely doesn&#039;t shy away from the most terrifying realities of dealing with (or having a loved one who deals with) a mood disorder. Romance isn&#039;t a genre I typically read, but even though this book is certainly a romance, it&#039;s not a fluff book. As Wynrie Lowe struggles to sort out her feelings for her boyfriend and her best friend, she finds herself spiraling the drain. Going from way up to way, way down--often within minutes. It would be easy for an author to portray these mood swings as quirky little Manic Pixie Dreamgirl episodes, but Nicole Bea handles them with skill and compassion. The mental illness is neither stigmatized nor glorified; it just is. Wynrie is fortunate to be surrounded by people who love her and truly want the best for her, even when she doesn&#039;t know what that means. I love that neither her boyfriend or her best friend/love interest were jealous or possessive in any way, and that her family wasn&#039;t a toxic or abusive mess. I actually didn&#039;t even realize how much I crave reading about healthy parent/child or romantic relationships until I read this book. But as much as she is surrounded by people who love her and want her to get better, they don&#039;t force anything on her. At no point does she have to give up her autonomy in order to heal, and that was the shining star of this book. I look forward to reading more of Nicole Bea&#039;s novels.

Wynrie Lowe doesn&#039;t understand what&#039;s happening to her. After That Weekend, she&#039;s been on a downward spiral of emotions-- ranging from empty nothings to panicked highs and everything in between. She can&#039;t get a grip on her emotions. At all. It doesn&#039;t help that her best friend Dawson just left for the military or that her boyfriend Ezra just doesn&#039;t hold the same spark he used to or that she&#039;s lost all interest in the things she used to love. If she can&#039;t figure out her feelings for the two boys in her life, it might ruin what the three of them have. Yet, if she can&#039;t figure out her emotions, there might be nothing left to fix after she explodes. Nicole&#039;s style is very YA. There&#039;s a few &quot;breaths he didn&#039;t know he was holding&quot; and &quot;touch sent sparks,&quot; but again, it&#039;s a YA romance. I expect a little bit of this throughout. It feeds me, LOL. Darkness isn&#039;t overpacked with descriptions, but the ones you get are very detailed. Again, I appreciate that. Well done on the characters overall. They were realistic, consistent, well-developed characters. None were too similar, but they also weren&#039;t world&#039;s different. Overall, it was a good book. I really did enjoy it, despite the issues I had. I&#039;d give it a.... 7/10. If you&#039;re a fan of teen angst, love triangles, or realistic descriptions of depression, pick this book up.

Keep What Remains by Carrie Beamer

Beauty and the Freak by Jackie Bateman