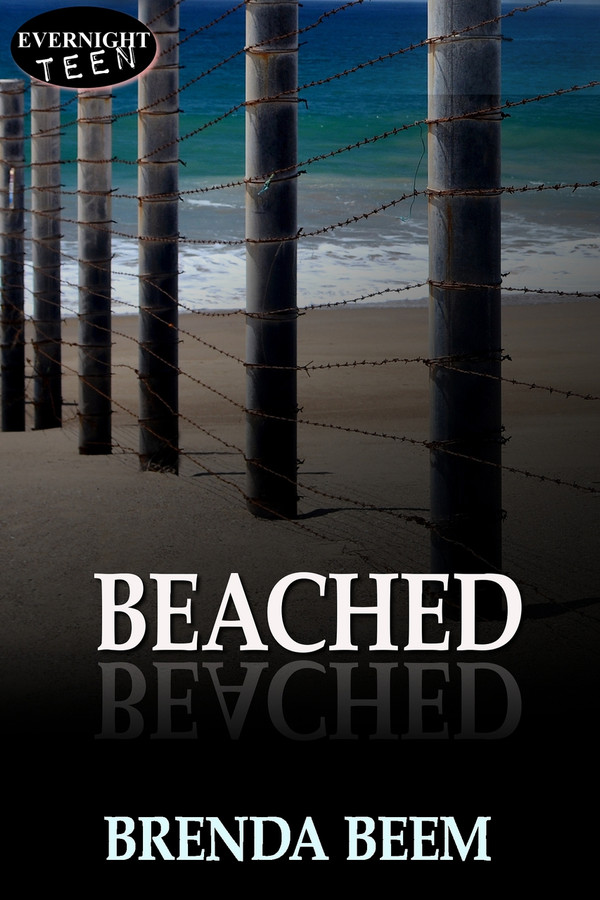 Toni and the young crew of the sailboat, Whistler, have just found a safe harbor. Or so they thought...

They may have survived a tsunami, but they’re racing ahead of an ice age as they continue the frantic search for their families.

The island they’ve anchored near is anything but safe. Dangerous men lurk nearby—along with snakes, stingrays, and sharks. An island girl threatens to destroy Toni and her boyfriend’s relationship, the youngest member of the crew gets lost in a narrow dark cave, and Zoë is more annoying than ever.

Will Toni and her crew survive the island and its treacherous waters?

A young couple standing at the edge of camp stepped forward. “We came here to make sure the gun didn’t fall into the wrong hands.” The young woman stared at Jeremy. “You’re the wrong hands. Put the gun down before someone gets hurt.”

“Enough!” Jeremy turned in a slow circle, the pistol still pointed at Makala. “Listen up! I’m going down to the beach and tell the kids on that boat that if they want their friends back, they’ll have to give us the sailboat. Anyone who helps me can come with us. If you try and stop me, the girl gets hurt.”

The young couple shook their heads and backed away.

A man with a beer belly shook his finger at me. “This is your fault. You brought the gun to our island.”

My mouth dropped open. “The convicts brought a gun here. If we hadn’t shown up, they would have made your lives miserable.”

A young man with a beard stepped toward Jeremy. “Come on, bro. Hand over the gun.”

Jeremy aimed at the sand in front of the young man and pulled the trigger.

I held my hands over my ears.

Jeremy turned the gun on the young man. “If you aren’t with me, you should leave.”

The young man raised his hands in the air. Most of the group gathered on the beach followed his example. After a few minutes, one by one they left.

Kat, her father, and six of the younger guys stayed. The young guys shifted from one foot to another. I wanted to scream. We’d saved these people from the convicts. We’d risked our lives for them.

Jeremy signaled for us to start moving. “Head to the beach. I’ll follow with Makala… Anyone makes a wrong move, the girl gets a bullet.” Kat and her father started down the path. Four island guys followed after them. Two held tightly onto Nick’s arms. Angelina stayed close to Jeremy and Makala.

Sophia clung to her father’s leg.

“You!” Jeremy pointed the gun at me. “Take my daughter’s hand and make sure she doesn’t fall.”

I reached for Sophia. She screamed, “Mommy!” and darted off into the woods before I could grab her.

“Stop her!” Jeremy yelled at me.

“No!” Sophia’s mother arrived back in the clearing. “I heard the gunshot. I’ll find her. We’ll meet you on the beach.”

Jeremy stared at his wife. “If you don’t show up, I’ll come looking for you. Don’t let that happen.”

She took off after her daughter. “Sophia, it’s Mommy. Where are you?” Her cries grew faint as she moved farther and farther away.

While we hiked down the steep path, we peeked through openings in the trees and brush, and watched Whistler’s progress. I kept shaking my head. How had my plan failed so badly?

When we got to the beach, I couldn’t take my eyes off Whistler. It was sailing too fast. It should have lowered its sails and needed to drop anchor.

I limped faster. “Kat, they aren’t slowing down. Something’s wrong.” Kat and I began to run. The others followed close behind.

“Slow down!” Jeremy yelled. I didn’t know if he was talking to me or to the boat. I ignored him and moved as fast as my ankle would allow. When we got to the shore, I stared in horror. The sails were still up. The boat was headed straight for the beach.

Without thinking, I limped into the water and headed to the spot where Whistler would crash. Kat and her dad pulled me back. “You can’t stop the boat!”

“It’s going to hit the beach! We have to do something.” I screamed. “Dylan! Takumi! Drop the sails!”

No one answered. I could see people on deck, but it was so dark, I couldn’t tell who.

Whistler was only a few yards off the beach.

A shot rang out from the boat.

The sails were still up.

The hull of the boat hit the rocky shore.

There was a terrible crunching sound. The bow was held fast.

The thrilling saga continues in book two of the Knockdown series. Beached and safe at last at a campsite of survivors, the weary teens rest, thankful to be alive. Love has blossomed between Toni and Takumi and Dylan and Zoe, and hopefully, Toni’s and Dylan’s parents are camped nearby. Things are looking up. But hopeful signs quickly turn to not when campsite members attempt to steal their boat and belongings. &#039;Beached&#039; is another exciting page-turner, and also well-researched. I&#039;m eager to read book three.

I received a free copy of this novel in exchange for an honest review. Last year I purchased the Kindle edition of Knockdown, Brenda&#039;s first novel in the series. I am a fan of young adult books, especially when they feature strong female characters. I look for books to gift to my granddaughter that showcase ordinary people doing extraordinary things in the face of adversity. Brenda&#039;s books fill that bill. They are fast paced and suspenseful. The action is exciting and believable, without being over the top fantastical, which is true of so many young adult and teen books today. I highly recommend this series, especially for families interested in boating.

I am not a pre-teen but enjoyed the first book Knockdown so much that I couldn&#039;t wait to find out what happened next to all the characters! As with the first book, there were lots of twists and turns and outcomes I didn&#039;t expect. It was an engaging quick read that kept me interested and entertained all the way through. Now as before, I want to know what comes next! These two books together would make a great Christmas gift for all the teenagers on your list.

Whew! So glad to follow up on Knockdown and journey on with Toni and the young crew of the sailboat Whistler. The rather scary and exciting adventures makes me stay with the story from beginning to end. The connections with the West Coast of the USA is enticing too. A great read for &quot;young readers&quot; who happen to be older as well! Thanks to the wonderful author, Brenda Beem

My heart was racing throughout most of this book. It was such an exciting ride to follow the characters on their continuing adventure! The story feels real as the characters&#039; depth is revealed more and more. I loved how the author high lighted the incredible adaptability of the teenagers, which gave them an edge in the adult world. She also explored the social implications of living in a &#039;survival world&#039; with some of the ethical dilemmas the characters faced. This is a great book and a fast read. I&#039;m going to buy both books in this series for holiday gifts and I can&#039;t wait for the third!

I bought the first book in the series, Knockdown, for my granddaughter. I hoped it would be a good mix of the interpersonal drama young teens seem to crave and the physical excitement that teen athletes seem to need. And, the book was wonderful. I ended up reading it myself so that my granddaughter and I could talk about the story. So, when the second book, Beached, became available I bought one for for my granddaughter’s kindle and one for mine. It will be fun to see if she loves this book as much as she did the first. I just finished a quick read and, once again, I found myself enjoying a book written for young adults, which I certainly am not. The author has broadened both the story location and the characters. The scenes now play out in both the cramped below decks of a sailboat and the semi-deserted islands off southern California. The story character set grew from being mainly high school&#039;ers to now include convicts and dumb new age hippies. Which creates lots of drama, humor and action. The action is again believable and the interpersonal play is certainly complex enough to please any teen. Finally, I once again loved reading about my favorite character, Zoe. She just plain rocks!

After reading the first book, Knockdown, I couldn&#039;t imagine how the author could raise the stakes any higher--the first book was so full of action and tension. But holy cow! Beached is just as exciting as the first book--with dangers lurking around every corner. The pacing in this novel is absolute perfection, and the plot is masterfully crafted. Can&#039;t wait for the third book in the series!

Beached is a fantastic adventure sequel to Knockdown. The stakes for Toni and her crew have risen on their perilous journey to safety and being united with their families. The author has put a lot of effort in make the secondary characters like Dylan, Zoe, Makala and Angelina come alive. Toni&#039;s relationship with Takumi is sweet.

While fleeing the effects of an ice age, the teenage crew of Whistler arrive at an inhabited island. The place looks like a safe harbor, but soon Toni and his friends face their most daunting challenges yet. Even though those young men and women are resourceful and determined, their new enemies are desperate and evil. And the island has a quite a few natural perils of its own. Ms. Beem delivers once again. KNOCKDOWN was electrifying, but BEACHED takes it to another level. It’s a suspenseful adventure sprinkled with romance and humor. The author’s imagination is unparalleled, and she bring us an original story brimming with thrills but also hope. I loved those heartfelt moments between big action scenes. Toni is still the captain every ship should have, and Zoe is, indeed, as deliciously pouty as ever. The satisfying ending closes this chapter, but it’s also an intriguing setup for book 3. Loved it!