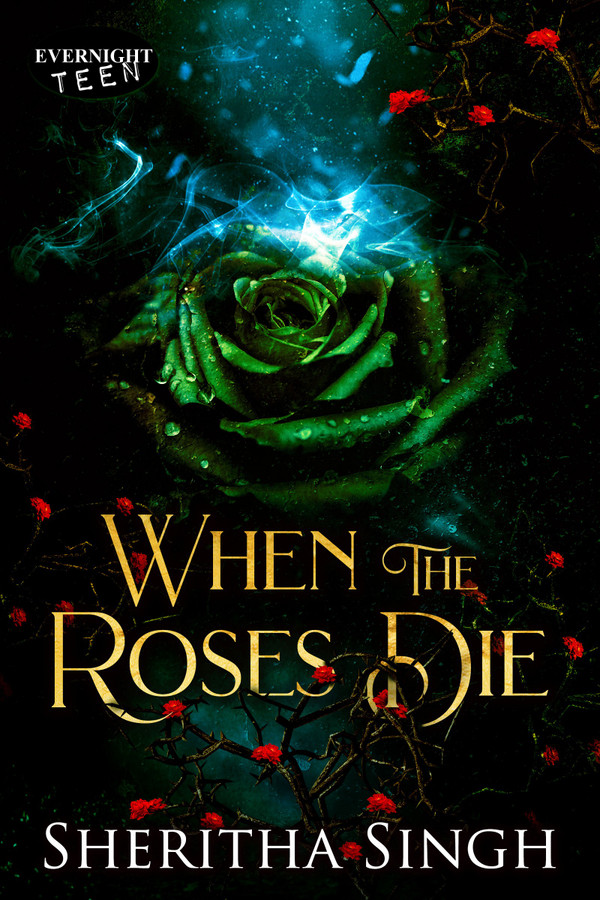 Why must fairy tale romances be so complicated?

When sixteen-year-old Sana learns her crush is a shape-shifting beast in hiding, and she’s a descendant of the Coven that can either save or destroy him, she’s forced to make a choice that will determine their future—if she accepts her destiny.

With the coven on their trail, Sana and Kiaan escape to the Underworld where they must destroy the Blederz and save the surviving Dark Beings from the coven’s reign of terror. But when the roses in Silver Moon valley start dying out, Kiaan's beast may just not survive.

She’d turned a fraction to go back inside her house when one of the windows lit up. Butterflies swarmed in the pit of her stomach. Kiaan? A window creaked open. Hope flared inside her. She strained her eyes, desperate to catch a glimpse of him.

“Hey.” He waved at her from his window.

Goosebumps dotted her skin at the sound of his voice. Kiaan stood on the window ledge, shirtless, masses of curls framing his face. A gentle breeze ruffled his hair. Moonlight streamed on him, caressing his muscles as if it couldn’t get enough of him. Her heart beat harder when he smiled.

“Hey.” She waved, afraid of her sisters or father hearing her.

He waved back. “How are you feeling?”

She shook her head. She’d have to pass her father’s study if she wanted to sneak out. He often stayed up until midnight, completing God-knew-what work. She’d learned not to mistake his silence for his ignorance. She’d caught him watching her from his window when she’d ventured outside alone after she’d been released from hospital. Although he hadn’t said anything to her, his concern had been obvious.

“Sana?” Kiaan’s voice dragged her out of her thoughts. “You coming or not?”

She shook her head.

“Okay,” he said, climbing back through his window. Euphoria at seeing him filled her with a temporary high. She prepared to shut the sliding door before joining her sisters in the living room.

“…did I get up here?” He leaned back against the balcony railing, still shirtless. “I have skills.” Moonlight streamed on him.

Her fingers ached to trace the outline of his wide shoulders, broad chest, and each one of his abs. “Nice,” she murmured. The breeze ruffled his curls. A part of her wanted nothing more than to sink her hands into his mass of curls and determine if it was really as soft as it looked.

She snapped out of her dreamy daze when he moved closer to her, bringing her to eye level with his muscled chest, and he held out a bunch of red roses.

“I am. Thank you.” The strong scent of the roses filled the air around them. The deep maroon looked black in the moonlight. “They’re beautiful.”

“Grown especially for you.”

Her insides melted when he smiled. She curled her fingers into her palm to keep herself from throwing her arms around him and burying her face in his hair.

“I’m flattered. I had no idea you were an expert in growing roses.”

“I have many talents. You should put them in some water before they wither.”

“Yeah.” She filled the plastic vase she kept on the outside table with fresh water and popped the fresh bunch of roses inside, aware of Kiaan’s gaze on her. Her mouth dried up.

He straightened himself and she realized he was much taller than she’d assumed. “That I turned out to be such an amazing singer after all and you got your eyesight back.”

To Die For by Betsy Haynes