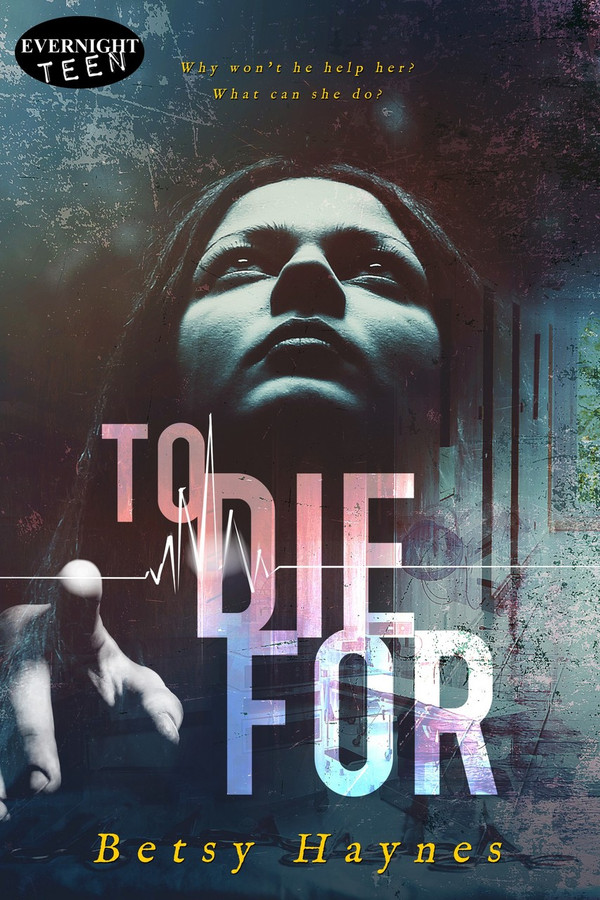 Larkin Quinn can't wait until her heart transplant surgery is over so she can awaken to the beautiful and fun life she’s desired. But from the moment she opens her eyes, her world is dominated by terrifying nightmares where she is trapped underwater and blocked from reaching the surface. She wakes up each time screaming and drenched in sweat.

She needs to understand what these dreams mean. Are they messages from her heart donor? She fears he is demanding his life back in exchange for hers and wants revenge. Even more frustrating is that no one believes her about the nightmares. Why won't anyone, not even her boyfriend Paul, help her? Larkin has to figure out what is going on with her new heart before it kills her.

I woke up in eerie darkness, with only faint points of light flickering around me. Red. Blue. Lots of blue. There were weird sounds, too. Soft taps and clicks and faint bubbling noises.

Where am I? I was in too much of a fog to have a clue.

Dead, maybe. But was that my name?

“Larkin? Larkin Quinn? Wake up now. It’s all over.”

I blinked a couple of times as my eyes focused. A soft white light and a blurry face hung over my head like a smiley moon.

“It’s about time you opened your eyes, you sleepy head.” The woman’s voice softened. “Welcome back, honey.”

She sounded kind, and I tried to smile back at her. That was when I realized a large, rough tube was crammed down my throat, and I felt the IV lines connecting to my arms. I tilted my head to see what was causing the sharp spots of pain in my chest. They were lines hooking me to machines that were monitoring every conceivable function of my body. Now I remembered. I was in Intensive Care. Thank God the surgery’s over!

Gently, the nurse touched my face, sweeping back a strand of hair. “I’ll send word to your mom that you’re awake,” she said.

Mom. The word sounded like heaven. I followed the nurse anxiously with my eyes as she went to a desk near the door and spoke softly into a telephone. She was a chubby woman in white pants and a pale green top. I tried to listen to what she was saying, but suddenly I remembered why I was here, and I was terrified all over again. Was there really a new heart beating inside my chest? A stranger’s heart that hadn’t been there before? The nurse hadn’t said so! Or had something gone horribly wrong with the transplant? Maybe they had tried, but it hadn’t worked. Maybe they had put my sick-o heart back in and sewed me up. The same tired old heart that had kept me alive for all seventeen years of my life but could only beat a little while longer before it copped out on me. Sure, I had heard of heart pumps, but they didn’t work for everybody, and even when they did, they didn’t last forever. Maybe I was never going to have the normal life I so desperately wanted. Never.

Calm down! I screamed inside my head. WWPD? I added quickly. It almost worked. Almost. WWPD was my little joke. What would Paul do? Paul Bishop was not only my best friend but the guy I loved more than anyone else in the world. He was also unbelievably calm. I’d give anything to be like him.

The nurse’s back was still toward me. Why won’t she look at me? Is there something she’s afraid to tell me?

Questions flashed through my mind like bolts of lightning, ratcheting up my panic. I stared at her back, desperately trying to bore holes into it, screaming in my head for her to turn around. Finally she did.

“Oh, Larkin? Are you okay?” she asked, a frightened look on her face. She grabbed a pad of paper off her desk and rushed over to me, fumbling with the ties that pinned my arms to the sides of the bed. “Here, write on this!”

My hands were shaking as I took the paper and pencil. “HEART! NEW ONE?” I scrawled.

“Oh my, yes!” she said, smiling and shaking her head. “For some reason, I just thought you’d know. Don’t worry, sweetie. The surgery went great! You have a brand new heart. Look up at the monitor and watch it beating.” She pointed to one of the machines on the right side of the bed near my head that had a line galloping and blipping across the screen. “Isn’t it fantastic?”

The tension drained out of my body, and darkness floated in on me again, sending me swirling through galaxies of red, white, and blue stars and into sweet oblivion.

Suddenly, I felt my feet fly out from under me. I was falling headlong through water, kicking and fighting with all my strength. My lungs were bursting. I jerked my head upright and panicked. A streaking pain exploded in my brain. I tried to scream, but all I could do was gurgle a stream of crimson bubbles. Then, something touched my arm, and my nightmare ended.

She has someone else’s heart. Does she also have a few of his memories now? Larkin was a sweetheart. Her anxiety over all of the strange things her body started doing after her heart transplant only made me like her more than I already did. Seeing her panic over every little twinge made her feel relatable to me. It was such a normal reaction to a serious surgery that I couldn’t help but to hope she would find a way to relax a little bit soon while also understanding why it was so hard for her to stop worrying. There were a few mild pacing issues. I would have preferred to see a little more time spent on the main character’s attempts to figure out the identity of her donor and why he died so young. While I really liked seeing Larkin slowly recover after her surgery, those scenes did take up a large section of the storyline. It would have been the perfect introduction for a novel, but it was a bit disproportionate for a short story. This was the only thing holding this book back from a much higher rating as I enjoyed everything else about it. By far my favorite part of the plot was the mystery of what happened to Larkin’s heart donor. She had so many clues about his fate, but they weren’t easy to figure out due to all of the hospital rules about what she could and couldn’t be told about his identity. I couldn’t wait to find out if she’d discover how it all fit together or why she kept dreaming about scary things that had never actually happened to her. To Die For kept me on the edge of my seat. I’d recommend it to anyone who would like a science fiction story about something that a few transplant patients in real life have actually experienced. originally posted at long and short reviews

One Life by L.A. Cadieux

Or the Girl Dies by Rachel Rust