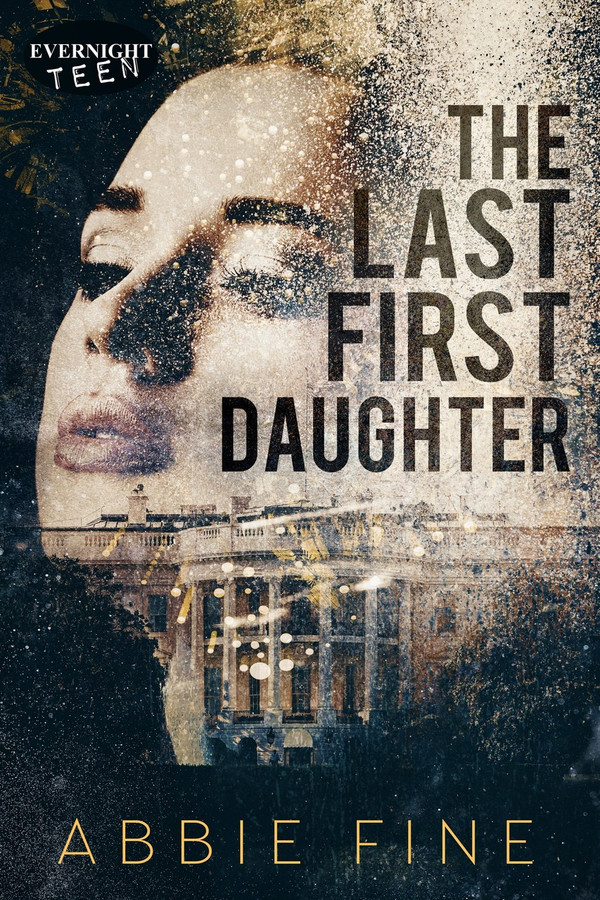 Lindy is the only surviving member of the First Family.

During the first television broadcast in a decade, direct from the White House, terrorists attack. Eighteen-year-old Lindy escapes thanks to her secret service officer, Henry, and now finds her country under the control of a cruel, oppressive regime—and she and Henry the targets of a countrywide manhunt.

Using fake identities and Lindy’s engineering skills, which allow her to build a network of radios, Lindy and Henry join a group planning to fight back against the new regime. Lindy must decide if she can sacrifice the relationship closest to her heart, her safety, and possibly her life to give millions of others hope for their future, and take back the White House.

“I’m impressed,” Henry says. “Most people, including me, don’t know a damn thing about radios.”

My chest and neck start to heat at the unexpected compliment. He didn’t mean it like that, Rosalind.

“You could learn. About radios,” I say.

His mouth twitches, but he tries to hide it. I grin.

My smile drops. Safety. My eyes well up, thinking about what that implies. That there is danger. Danger because my whole family is dead, and I probably would be, too, if Henry hadn’t been looking out for my safety quite so well. I should probably thank him for this but…

But I don’t fully believe this outcome is the better one.

I swallow hard. Those thoughts do not belong in my brain. My family would be so disappointed to hear me thinking it for even a second. I have a gift here—which is why it is painful to just be waiting.

“Lindy.” Henry barely says it, but his body suddenly pulls taut. I immediately flash to our instinctual communications with one another during the attack. I automatically tense as well, shift silently, and follow his gaze.

Neon-clad bodies walking down the road. Marching in formation.

The bastards are right there, about to march by us.

Henry motions for me to lay flat with him, and I do. He’s the expert here, I know that. But he’s not…

He just shakes his head, hard. No.

He gives me a sharp look, and even with no words, I get it. There are so many of them, and there are two of us.One gun. I wouldn’t even know what to do.

I clench my jaw against the frustration. Against the hate bubbling up inside me that I want to let out with a scream.

Through my anger, I watch them. There must be a hundred men. Vehicles bring up the rear, with neon flags stretched across them. I wait until the entire caravan is well past us, and I start to follow. I haven’t gone two steps when strong hands grip my shoulders, pull me back—not roughly, but still—against a solid chest.

Oof. I try to pull away, and Henry’s arms stiffen. I wiggle but I can’t break free of him.

“Lindy, please.” He turns me to face him.

“You can’t just … manhandle me when I don’t do what you want.”

He flinches—second time today—and loosens his grip. I can’t read his expression.

“If you run into danger, I have to. You don’t give me a choice.”

I want to roll my eyes at him, but we don’t have time for that.

“You promise you’ll let me lead this?”

“Stay right behind me.”

I follow all his directions, moving silently and swiftly, hunched low. Sometimes a little too swiftly and a little too low—my legs start to burn. I really need to get in better shape. Like Henry. I take in his form in front of me. Totally fit. I bet he could teach me.

We come to a stop behind a half wall and some evergreen shrubs lining the path, with a small sliver of the crowd of men in our view. Not ideal. They are gathered in a parking lot. From our vantage point we can just see the men at the front of the group, standing on a truck bed to see the whole crowd.

The neon-clad men on the truck turn to the crowd, but I can’t hear what they say. A man on the ground holds up a hand-held radio.

I lunge for Henry and he instantly has both my wrists clamped in one of his hands. Large hands.

“What are you doing?” He doesn’t look me in the eye, his voice level and cold.

“Your radio,” I say. I nod toward the man with a radio outstretched.

He shoves his hands in his pockets. “Make sure the volume is down.”

I try to find the frequency they’re on, while keeping an eye on their movements, but I can’t find anything. I start muttering curses under my breath. We have to get access. We’ll never be able to get close enough to hear them without being spotted, but with the radio we could hear all their plans.

I gesture for Henry to follow and we move father from the neon men.

“Neons,” I say. “That’s what we should call the bastards.”

Are you hankering for a fast moving read with the vibration of romance and intriguing situations reflective of current and relatable world events? Between the pages of “The Last First Daughter” you are brought on the scene of terrorism as hostile technology take overs. If that’s your thing, “The Last First Daughter” will satisfy your reading pleasures. Ms. Fine creates a thrilling tale for young adults. These characters connect and are provide an insightful intelligence. The key characters are delightful and inspiring as they march through many obstacles facing them and the society at large. Imagine how your everyday life would be impacted if the communication elements you are so used to suddenly no longer existed. Daily living without the internet, computers, televisions, radios, etc. would causes much anxiety. Lindy the daughter of the President of the USA is on the run since the terrorists have taken over. With the assistance of Henry, who is assigned to protect her and many others, Lindy is about to grow strong and independent while making her society a more resilient. The narrative teaches readers to think critically and to challenge themselves for the betterment of oneself as well as for the greater good of all members of society. Lindy, Henry and Celene are a heroic team of creative thinkers who solve major problems to take back the country and the White House. Ms. Fine creates strong, powerful women who all readers can appreciate and learn life lessons from. They venture out through their struggles to knock down the walls of turmoil facing the country. The story elements are strong and keep the readers actively engaged with bated anticipation. The dialogue is realistic along with the plot. Readers get rising and falling actions. Ms. Fine is a gifted author and provides young adults and teens with many lessons to and meaning to their lives. I highly recommend “The Last First Daughter” as it will make for a great summer read.

This is a good story. It holds your interest. It has some action while not dwelling on violence. I thoroughly enjoyed the book. The only negative for me was that the effects from a total loss of electronic communications would be less disastrous in some areas and more so in others. I think the American people would recover faster. I'm looking forward to Ms. fines's next book.

Great book! Exciting and fast paced from the very first page and you will enjoy the strong heroine. The supporting characters are specific and clear and the love triangle means lots of steamy scenes as well:) Reading this book made me want to go and learn a new skill... maybe take apart a radio and see if I could fix it! Abbie Fine takes you on a great adventure with this story and it is definitely worth your time.

I recommend this book for everyone. Parents should encourage their teens and young adult children to read this book. It's a good story that holds many important messages for today's society. This story shows just how fragile our system of government is and how much we all need to protect it and fight for it. The final message in the book is that we must use diplomacy and not violence...we must work together to move our society forward. And, as the mother of daughters, I love that the hero of the story is a young woman. Like any really good story, The Last First Daughter left me hungry for more. I hope the author Abbie Fine tells us what happen!s next for Lindy and Henry

The Last First Daughter draws you in from page one! Fast-paced, filled with action, adventure, romance, and an Anastasia-esque plot (if Anastasia was the take-charge, engineering-minded daughter of the President, living in a near-future post-apocalyptic America), it will keep you turning those pages until the end. Highly recommend!

I love love loved the main character Lindy and how she used her knowledge of radios to help the resistance when the White House and country are taken over. I also really loved the side characters especially Henry! *swoon* I'm always looking for good near-future/dystopian type novels and this was just what I needed! Highly recommend

Loved loved loved the main character Lindy as well as the side characters.(Henry! *swoon*!) I'm always on the hunt for near-future/dystopian books and this one is great because of how Lindy uses her tech knowledge to help the resistance. Highly recommend!