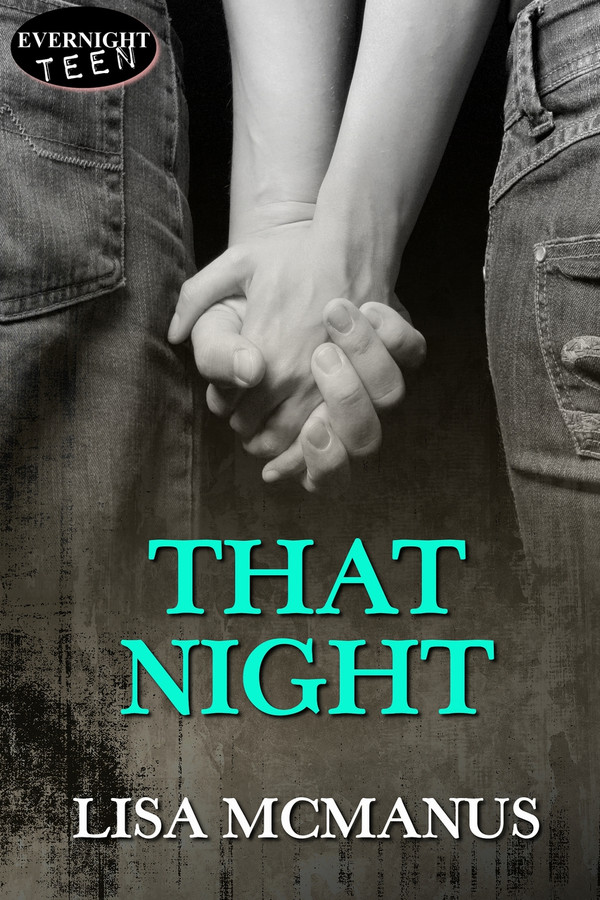 It can take a whole day to figure out what happened…that night.

On what was to be just another Monday morning at school, Luke’s girlfriend Jessica is nowhere to be found. Names like ‘psycho lover’ follow Luke to his locker, even from his best friend. Luke soon learns Jessica tried to kill herself at a party from the previous Saturday night, and she’s blaming him. With posts on FaceBook feeding the rumors of what happened that night, the school has to investigate.

Torn between worry, guilt, loyalty, priorities, and an urgency to clear his name and protect hers, he has to find her—he loves her no matter what. The teacher in the middle of the investigation is also the same one to provide academic and character references for Luke’s college applications due by the end of the week. Luke knows he’s not to blame, but with no contact from Jessica and everyone blaming him for what happened, he’s at risk of losing everything—Jessica and his dreams of being a mechanic—all because of what happened that night.

“Hey, man.” I nodded to Jeremy Waters as I started the long trek up the front lawn of the school. He nodded back but gave me a questioning stare as I walked past. Again, weird. What is with everyone today? I wondered.

I scanned the busy school grounds. Where was Jessica? I knew our break-up was inevitable, but I dreaded it. I still cared about her very much, but things were changing: me, her, and ‘us’––and I didn’t know what to do about it. Neither did she.

At first I didn’t notice anything off, but as I passed group after group of unusually silent guys and girls from all grades, I got that weird feeling, like I was being watched, like the whole school was focused on me or something.

Some of the guys pulled their buds out of their ears as I approached, their banter from moments before silencing as I passed. One guy shook his head as if in disgust. Another guy awkwardly picked at something on the ground with the toe of his shoe, as if he were avoiding something.

I kept going, trying to walk as normally as I could. Hard to do when you know you’re being watched.

Where was Jess? I checked my phone to see if there was anything from her: nothing.

I shifted my backpack and made my way up the path to the front steps of the school. With every footstep, uncertainty and foreboding gnawed at my gut.

A group of girls from Jessica’s drama club huddled on the front steps like a bunch of hens. They all gave me the once-over. One of them was crying and another gave me the finger.

That stopped me in my tracks. “What the hell?” I stared them down. “What was that for?”

“Screw you, Luke!” The one with the ornery finger spat. “Stay away from Jessica!”

What the...? Whatever. Bunch of gossips––they seriously need to get a life.

Jessica and I had been drifting apart for a while. Where she was involved in her drama club, her social life, I preferred being under the hood of a car, alone. But it wasn’t that I chose cars over her or anything. I cared about her very, very much. At one time I even contemplated the L-word thing with her. But lately, something had changed, and I couldn’t figure out what. I mean, I knew I wanted to be with her but it was like we were drifting towards each other, then away, then back towards each other again. Only to then again drift further away.

But I would never do anything to her, to earn me the middle finger from her friends. So why were they acting like that? What the...? I shook my head and kept going. I hadn’t done anything to provoke their reaction, so they could just go back to their pointless chatter about hair or whatever.

With fifteen minutes to go until the first bell, I wanted to catch up with Jess before classes started. She lived way on the other side of town, and as much I would have loved to pick her up every morning, her mom insisted on driving her. Her mom liked me, so it wasn’t anything against me personally, but Jessica said it was a ‘mom and daughter thing.’ And besides, we always met first thing at school and I would, at least, get to drive her home.

But that day, even though I wasn’t exactly about to have ‘the talk’ with her right before class, I wanted to at least see her that morning to start the day––it was our ‘thing.’ A pang of regret fluttered in my gut. If we broke up, would we still meet in the mornings? She had become part of my day and I still wanted that.

I made my way through the doors of the school. The halls were already swarming with East Clark High’s student body. I searched for Jessica as I pushed and wove my way through the crowd. But I soon realized I wasn’t pushing past anyone, anymore. The constant buzz in the halls had all but died down, and people were stepping aside giving me a wide berth as I went.

What the hell was wrong with everyone? I frowned at everyone practically plastered up against the lockers, avoiding me like I was contagious or something. Did I smell like dog sh––

“Psycho!” A familiar voice hissed in my ear, cutting off my thoughts. Great––Mark. I stuttered to a stop but tried to keep going. I, along with everyone else, was used to his stupid ways, but I had to find Jessica. I didn’t want to waste time getting into it with him right then.

But he came at me again with, “Psycho-lover!” and that definitely had me coming to a full stop. I swear I felt spit on my cheek.

I refused to swipe it away, giving him the satisfaction of … I didn’t know what. Something. I glanced up to find his buddies chuckling while Mark, the idiot himself, contorted his face into what he assumed was the look of a crazy person.

He didn’t have to try very hard. It came naturally.

And I hoped his eyes stayed crossed like that.

I stared him down, and just when I turned away he was up against me, his face so close to mine his eyes looked crossed. “Jessica almost knocked herself off the other night. Whadidja do? Screw her over?” he hissed.

I stared at him in confusion. My face numbed. My neck heated. What was he talking about? What did he mean, ‘knock herself off’?

That Night is a short novella that focuses on high school relationships, mental illness and cyber-bullying. It&#039;s a Monday morning and Luke, a grade 12 student, enters his high school and is immediately struck by the odd looks and attitude he is given by most of the other students. He&#039;s unsure what has happened between Friday and Monday to bring about this odd behavior. He didn&#039;t know until his best friend divulges the source of the animosity--Luke&#039;s girlfriend has tried to hurt herself and it&#039;s all over Facebook. Most of the school blames Luke and he&#039;s now worried about his girlfriend as well as his future beyond high school. I was mesmerized by this story. It was like unwrapping a mystery layer by layer with no idea of the outcome. I was worried, angry, frustrated and feeling defeated right along with Luke. In fact, I felt like I was almost angrier than Luke. I would catch myself thinking about what I wanted to say or do if I was in Luke&#039;s shoes. I couldn&#039;t stand the judgement by those who didn&#039;t have all of the facts. I tend to stay away from short stories or novellas, because I worry that the they will leave me feeling unsatisfied. There was no need to worry about that with this one. I was immediately enmeshed with Luke and his dilemma. I hoped for the best outcome, went along for the ride, and I was ultimately satisfied. This is a great story for everyone, but especially young people who are quick to judge without discretion and ostracize those with any kind of mental illness. - See more at: https://www.yainsider.com/b/that-night#sthash.XytztrLn.dpuf

Luke and his girlfriend Jessica decide to break up on Saturday night, but neither expects the fall out to be so horrifying. At school on the Monday Luke is treated like a pariah, and his ex is nowhere to be found. Things go from bad to worse when he finds out Jessica tried to kill herself. The whole school turns against him and he is unable to talk to his ex to find out what happened after he left her at the party. This story could so easily happen to anyone, a decision to split is taken out of context and a spiteful person takes advantage of the situation to get revenge for something that happened years ago. From this point everything spirals out of control. The author handled the situation well, not giving away the core of the plot, but keeping the story going so I needed to read to the end to find out what actually happened. Written in the first person, it really grabbed my attention and held it to the end. I commend the author for making it short and terse as I feel it would have been detrimental to drag it out too long. Nice work and well written.

A compelling read. When high schooler Luke Hannon gets to school Monday morning his girlfriend, Jessica Lowry, isn’t there. Worse still, people are suggesting Luke had something to do with Jessica’s suicide attempt after Luke left her at a party Saturday night. The story takes place over a single day as Luke grapples with his worry for Jessica, his anger at the false accusations and his fear that his future may be in jeopardy because of what’s happened. McManus has done a terrific job capturing Luke’s voice and portraying the volatile emotions of a teenager who stands to lose everything he cares about.

This book will have you turning the pages and gripping the edge of what you&#039;re sitting on. Not only does this book give you the reality feel of what happens more than some realize but it also gives you a sad feeling to know that this does and can take place..... *Received for an honest review*

Stories like That Night reminded why I never ever want to be a teenager again. Seriously. This novella made my heart ache. The experience that these young adults share was cruel and unfair. So here&#039;s the deal - Luke returns to school on Monday morning completely unaware that his world has changed. He&#039;s become this pariah and he does not understand what he missed. People he thought were his friends and mentors were suddenly looking at him disgust. Hatred. It&#039;s awful and I wished that I could have pulled him aside to give him a hug. The painful journey Luke endures takes place over one school day and it is filled with incredible highs and lows. As his story unfolds, you&#039;re pulled into murky waters of some pretty disturbing lies. It was a interesting story but not at all what I had originally perceived it to be. That Night is a quick read and told completely from Luke&#039;s perspective. Although the plot revolves around Luke&#039;s relationship with Jessica, it was not a romantic story at all. However, the author weaves an excellent tale and it is definitely worth checking out.