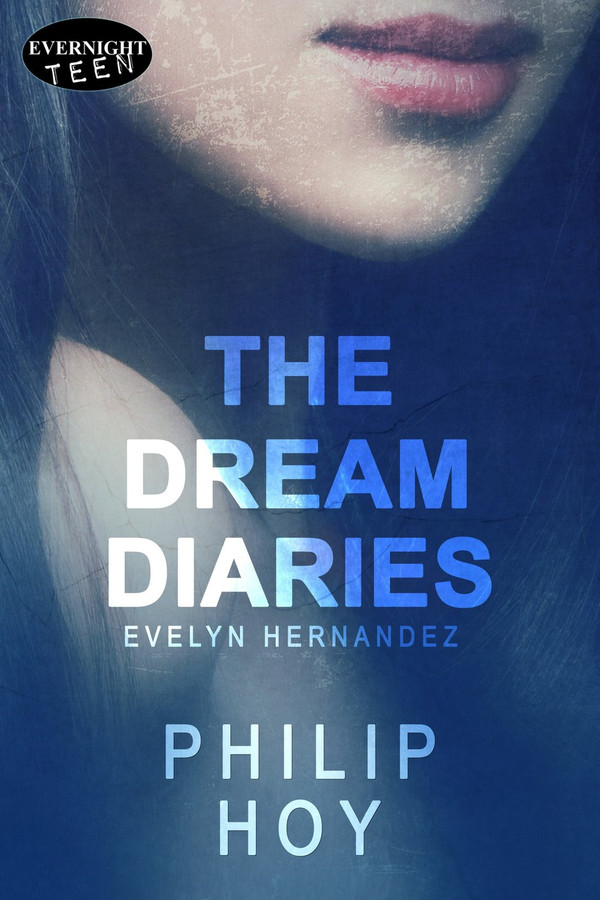 The rumor at school is that after the varsity quarterback broke her heart, Evelyn Hernandez broke his hand. Then she demolished his car, beat up his girlfriend, and smashed all the windows in his house—or so the story goes. Some say that under the long hair and blunt cut bangs, beneath the cute dresses and colorful tights, and behind the pretty face and big brown eyes … hides a black-hearted, spell-casting, evil witch.

Only Evelyn doesn’t care what people at school say, or think. She couldn’t be happier. Her bullies have been brought to justice, her parents trust her, and she has a boyfriend who adores her. She’s even returned to drawing in her journal … but that’s when the nightmares begin.

Evelyn believes her violent dreams are messages from the future. Something terrible is going to happen at her school and only she can stop it—but how, and at what price?

16+ due to sexuality, language, and adult situations

“I’ll be right back,” Karen said over her shoulder as she stepped out into the cold night. She set the bulging bag of trash down long enough to close the door behind her and then hefted it again in both hands and began walking awkwardly with it down the stairs. Her sandals slapped loudly against the bottoms of her feet and the unwelcome odor of chicken bones and baby diapers wafted upwards with each waddling step.

At the bottom of the stairs, she stopped and looked around self-consciously, but the apartment complex was strangely quiet this late in the evening, with most of the windows around her already dark and not another person in sight. She tightened her grip on the neck of the garbage bag and started walking again. The dumpsters were just around the back of her building at the end of the parking lot, but in the dim light of the yellow security lamps they looked much farther. It was colder outside than she expected and Karen regretted not putting on a sweater before leaving the apartment.

A brick wall surrounded the trash bins with large metal gates in the front that were kept locked, but there was a smaller walk-in opening around the back. What if someone was in there, she thought, or something … doing who knows what? Rather than step a foot inside, Karen was tempted to just heave the bag over the wall and hope the lids were up. But the thought of her nephew’s shitty diapers strewn across the parking lot, along with the junk mail and old homework with her name on it, stopped her, and she took a breath and walked inside.

She was relieved to find the lid on the nearest bin was already thrown back, which meant she wouldn’t have to touch anything. She lifted with one hand at the top and the other pushing from below until the weight of the bag rested on the dumpster’s edge, then she pushed it over and let it fall with a muffled splat.

When she turned to leave, a figure was standing in the opening, blocking her way.

“Who’s there?” she shouted, taking a step back.

“Hey, hey,” the figure quickly reassured, slowly moving forward and lowering his raspy voice as he spoke. “Don’t be ascared, girl. We’re not gonna hurt you.”

“Spider?” Karen recognized his bug-eyed, boney face, but she hadn’t seen him at school in over a year. She heard he was locked up.

“Orale!” he said, looking back. “See, Creeper? I told you this heina was down.”

A second figure stepped out of the shadows behind Spider, filling the entryway and smiling nervously at Karen.

“Hey, Creeper,” Karen said, smiling and suddenly walking past Spider toward him. “Why you up so late?” she asked, as if they were old friends. “Don’t you have homework or something?”

Most likely confused by the friendliness of her greeting, he shuffled back a step, clearing the doorway just as Karen hoped he would, and she bolted for the opening.

Spider was faster and grabbed her from behind. She tried to scream, but his hand was already covering her mouth.

Evelyn has struggled in the past with visions and now she is known as an evil witch with a black heart. Despite the past, Evelyn has found a boyfriend who stands by her. The happiness in her life seems to be short lived. She is compelled to make herself vulnerable once again by drawing in her diaries. Evelyn is sure her dreams and drawing are foretelling something bad is coming to her school. I felt as if I was dropped into the middle of a play already in the second act. I was lost because of references to the past with little background information. The writing style is engaging but without a clear picture of the past it takes the reader a while to get caught up. The story line is intriguing and the characters are well developed. The Dream Diaries is an entertaining read with enough intrigue to keep the reader turning the page.

UncagedBooks.com The second book in this series, starts out pretty close to where we left off in the first one, The Revenge Artist. Although the bullying issue is not prominent in this book, the social issues of being an outcast, drug dealing and so is the underlying theme - that you pay a price, good or bad with the actions you take are taken on in this edition. This book is faster paced than the first one, and you grow to know the characters even more and even Evelyn’s parents play a nice role in this one. One thing that Evelyn’s mother said, “I really like that boy, but I can hate him just as easily if you need me to.” Exactly what I, or my own family would say and/or do. Kudos to the author.

The minute I finished The Dream Diaries I felt a yearning to be able to go back and visit my friends again - I truly missed them! Philip Hoy has created characters that feel real as any person I've ever known and I care for them deeply. I absolutely love the mystery of Evelyn's dreams and how they slowly unraveled the whole picture of the climax, like pieces of a puzzle that come together scene by scene. There is tangible suspense and danger from the moment you open this book that is sharp and unrelenting. How will you ever escape? Can Evelyn use her powers to be the hero this time? Is it bigger than her? Would you venture to put yourself under the scrutiny of the public eye that can feel just as dangerous as putting yourself physically in harms way? These are the thrilling questions that keep you enthralled in this page turner! Philip Hoy has written a fresh and unapologetic look at what the landscape of bullying, self esteem, peer pressure, and having the confidence to be yourself really looks and feels like for today's young adults. There's vivid imagery throughout of flight, escape, and peering beyond the horizon, as well as masks, oppression, and hidden motivations. The novel is a race for unraveling the secrets of a solution screaming at you to fly and take action when you barely have the time to figure out what it all means as you go. I love the classroom discussions of the Walt Whitman poems and how they relate to Evelyn's dilemma of having the strength to be an outsider that actually does something, or one of the silent crowd that does nothing and fails her community. I recommend this book for any young adult who knows how hard it is to fit in and how rewarding it can be to hold true to your values. And I recommend this for anyone who wants to become invigorated by the hope of what even the smallest of us can do. How good humanity can be when the world seems so dark around you. A fantastic read and an inspiring work of art. I absolutely recommend it!

The Revenge Artist by Philip Hoy